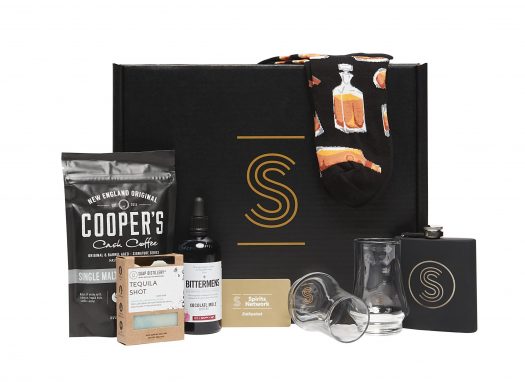 Spirits Network offers a wide range of boozy products, gifts, and even a streaming entertainment network, but it’s arguably best known for its clubs (which it calls memberships), of which it markets two different ones.

SN sent us a sample of its Enthusiast Membership (its less expensive of the two subscription boxes) to see what we thought. So here goes.

First, it’ll cost you $99/month and you have to commit for at least three months. Once a quarter, you get a box of curated “specialty items” and once a month you get a 750ml bottle of booze. In our kit, we got a similar selection to what you see in the picture — whisky-infused coffee, a bar of gin-inspired soap, booze-centric socks, a couple of rocks glasses, a flask, and — the only actual beverage product in the box — a vial of Bitter End Mexican mole bitters.

The 750ml bottle came separately, and in this case it was a bottle of I.W. Harper Bourbon 15 Years Old — the upscale one. A packing slip in the box pegged the value of the whiskey at over $100, but $80 to $90 is more realistic. The overall value isn’t bad for all of this (though remember, you only get the goodie box once a quarter), especially since you don’t have to pay extra for shipping.

The catch? You don’t get to pick your spirit, and Spirits Network doesn’t give you even a hint of what’s coming up. In its photos, the company shows pictures of some nice, mid-range single malt Scotch whiskies, but there’s really no telling what the value of the product you get will be — or if you’ll even want it. (Spirits Network writes to tell us that during registration you do fill out a flavor profile and pick a general type of spirit from which your monthly bottle is selected.)

Plunking down $1200 a year for 12 mystery bottles (plus four pairs of socks) is a tricky sell when other, similarly-priced services give you more choice in what you’re getting. But hey, those guys don’t give you soap. 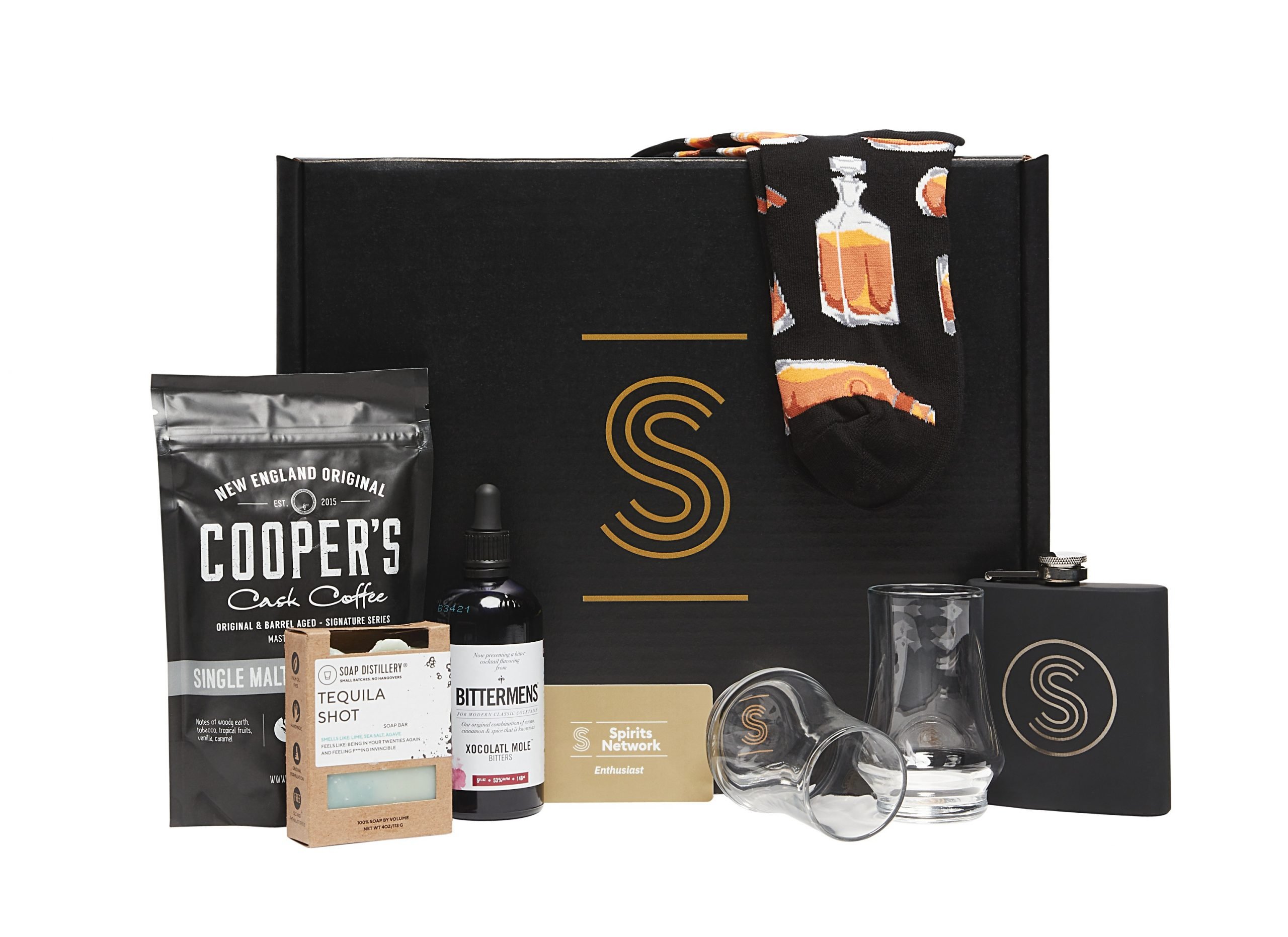