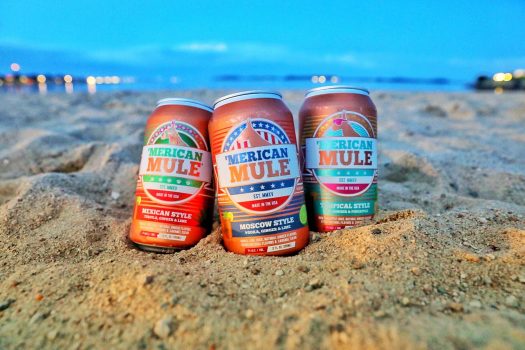 In 2017 the Moscow Mule became the ‘Merican Mule with the release of an authentic rendition of the classic cocktail, made from real vodka, ginger, and lime. Now the brand is expanding with two new (and wildly divergent) versions — the combination of ginger and lime being the only real theme in the trio. We got them all, and put them to the test.

‘Merican Mule Moscow Style (2019) – This is a simple rebranding of the original ‘Merican Mule, with vodka, ginger, and lime, renamed to distinguish it from the other two expressions — though now it is quite the oxymoron. Nothing much seems to have changed here, and the beverage still has a pungency that gives it a bit of a medicinal overtone. I think it could use a bit more ginger in the recipe, as the lime (and sugar) tends to dominate on the palate, but it remains pleasant enough as a simple diversion. B+

‘Merican Mule Tropical Style – This is made with rum, pineapple juice, and ginger — and oddly, it tastes more like coconut than anything else. (I assume coconut is part of the “natural flavors” in the ingredients.) Ginger and coconut aren’t perfect bedfellows, and this comes across a bit like a tiki drink that never got finished. Imagine coconut water with a shaving of ginger across the top and you’re on the right track. B

‘Merican Mule Mexican Style – You guessed it: tequila, ginger, and lime, ‘Merican Mule’s twist on a margarita. It’s arguably the least successful of the trio, with a certain cheapness that feels mostly blamable on the tequila. (No mention of 100% agave on the label here.) It’s lightly vegetal at first, with a blunt sweetness atop it that helps to temper the greenery. Oddly, even the ginger seems overly earthy and less spicy/peppery than it ought to in this rendition. Just so-so. B- 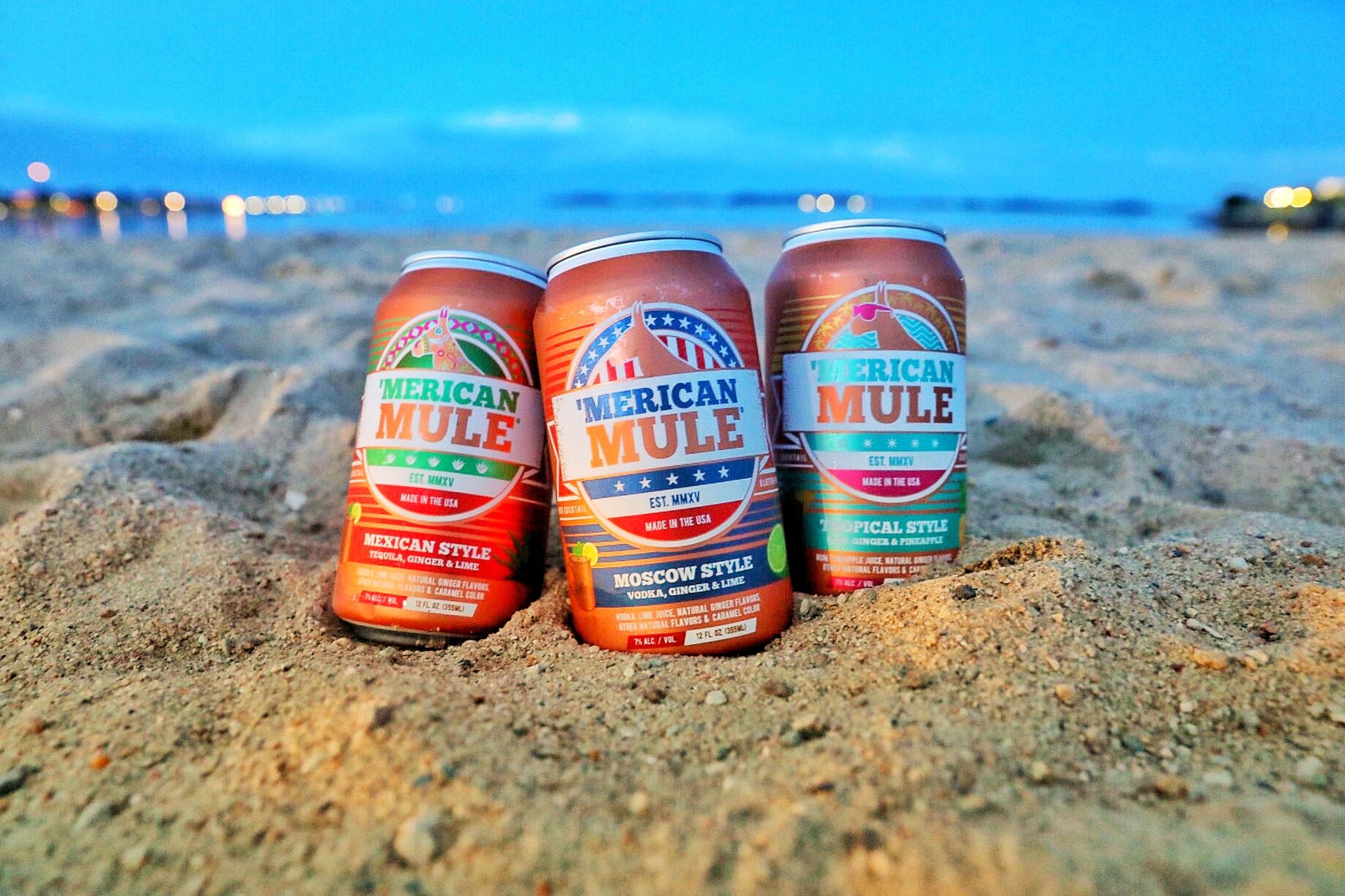