Review: Johnnie Walker A Song of Ice and A Song of Fire 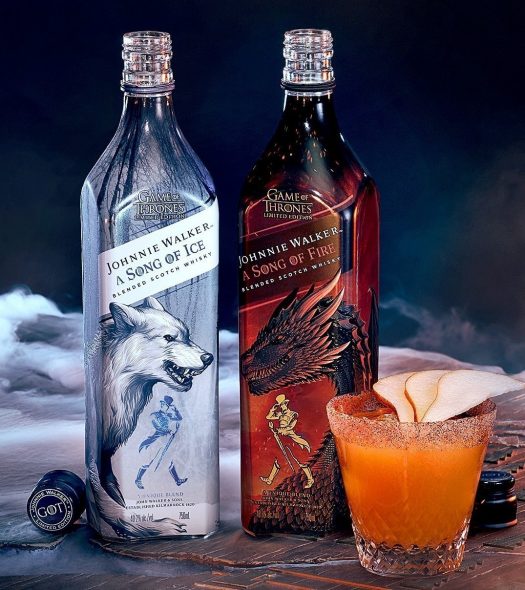 Hey, remember Game of Thrones? Johnnie Walker does, and they’re making sure the epic TV series stays alive with the third installment of whisky inspired by the show.

A Song of Ice and A Song of Fire are designed as a pair; you’re ideally supposed to sample these two spirits together to get a sense of how the House of Walker can blend its component whiskies into wildly different finished products.

Here’s a little back story:

Johnnie Walker and HBO Licensing & Retail are introducing two new Scotch Whiskies to the realm in honor of the enduring legacy of the critically acclaimed HBO series Game of Thrones. A continued collaboration with HBO, these limited edition whisky blends are inspired by the iconic and powerful houses of Westeros – House Stark and House Targaryen – and are successors to the White Walker by Johnnie Walker limited edition blend launched in 2018.

Whether in conflict or harmony, this is a tale of two great houses represented by two ancient creatures. One is a house descended from the First Men. Rulers of the North and builders of the wall, they thrive in the icy-cold climate of the Direwolf. The other, a noble family of Valyrian descent and the first royal house of the Seven Kingdoms. Fire courses through their veins and is made flesh in the form of their dragons.

From House Stark comes A Song of Ice, from House Targaryen A Song of Fire. Together, the two whiskies celebrate the dynamic relationship between the houses, represented by their house sigils – the Direwolf and the Dragon – which fiercely adorn each bottle. As another nod to the complicated interactions between the two great houses in the show’s storyline, Johnnie Walker’s iconic Striding Man uncharacteristically faces backwards on the A Song of Fire bottle, revealing a face-off with the Striding Man on the A Song of Ice bottle when paired side-by-side.

Johnnie Walker A Song of Ice features single malts from Clynelish, one of Scotland’s most northern distilleries, and exudes a crisp, clean taste like the unforgiving force of ice that shapes mountains and stops rivers. The new blend has an ABV of 40.2% and the bottle design evokes an icy setting with frosted blue and gray colors inspired by the North, known for its cold winters and frozen landscapes. Johnnie Walker A Song of Fire is rich and spicy, boasting flavors of subtle smoke from the peated malts of the Caol Ila distillery with an ABV of 40.8%. Inspired by the dragons of House Targaryen, feared for their fire breathing, the bottle design evokes a fiery setting with deep-red colors.

I tried them both, wolf vs. dragon side by side, and have prepared some thoughts.

Johnnie Walker A Song of Ice – This is a soft whisky, with notes of ripe banana, breakfast cereal, and tea leaf dominant on the nose. Hints of mushroom and camphor add a distinctly savory element, alongside a very light smoky character. On the palate, gentle malt and grain notes dominate, with toasted brioche pairing well enough with a slight lemon character. If you’re the kind of person that likes a squeeze of lemon in your water, you’ll dig it. The finish, however, falls back on the mushroom to some degree — slightly musty and grain-forward. There’s a reprise of citrus here, but the entire affair is really very simple and basic — though certainly pleasant enough to sip on. 80.4 proof. B [BUY IT NOW FROM CASKERS]

Johnnie Walker A Song of Fire – A much different animal. Very savory, and a bit off-putting on the nose, the moderately smoky whisky quickly reveals a heavy bacon note, infused with notes of roasted vegetables, creosote, and tanned leather. The palate is quite tannic and again very leather, a dusky whisky that at least finds some spice and citrus mixed into a core that integrates smoke and fruit with reasonable success. The finish is scattered, strange, and a bit short, though this isn’t really a whisky I wanted to linger on — its meaty nose simply too aggressive to make the entire experience gel well. 81.6 proof. B- [BUY IT NOW FROM CASKERS]

Johnnie Walker A Song of Ice 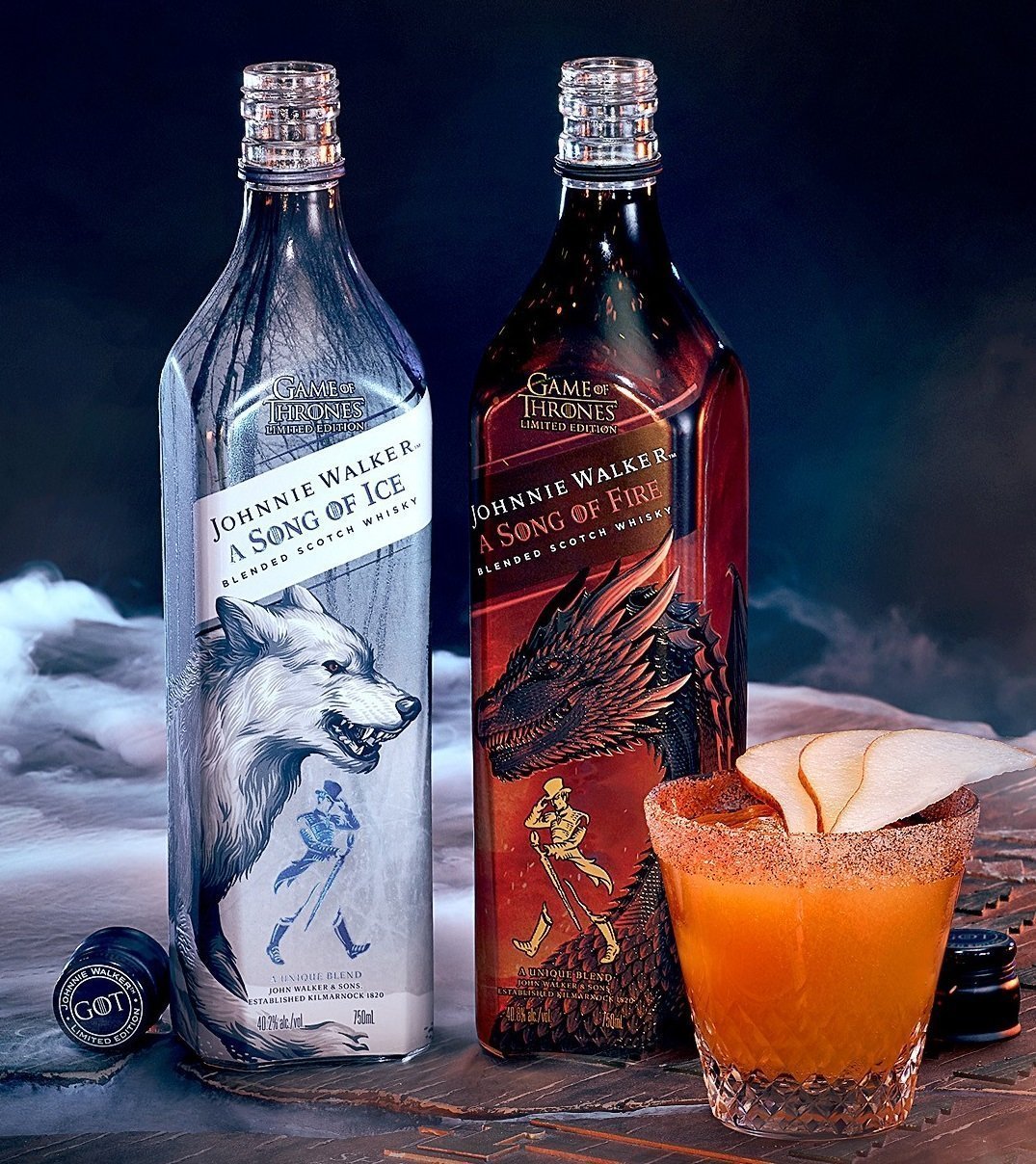