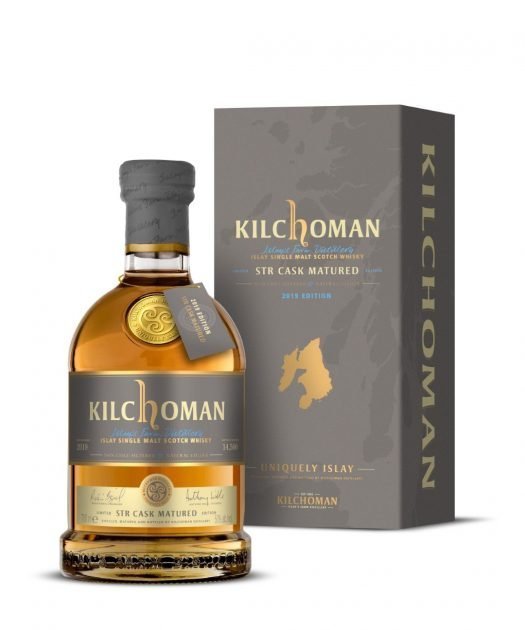 Yes, that’s a terribly long headline, but Kilchoman puts out whiskies at such a pace that it’s tough to keep up. We’ve got a backlog of five different whiskies from the Islay newcomer… well, not so much a newcomer now that we’re seeing spirits as mature as 11 years old from the operation.

Let’s skip the prologue about Kilchoman’s past and jump straight into the present by looking at a full quintet of new(ish) offerings.

Kilchoman 100% Islay Ninth Release – “Released annually since 2011, the 100% Islay range is distilled solely from barley grown in the distillery’s surrounding fields before being malted, distilled, matured, and eventually bottled on site.” This is the ninth go-round. Compare to the Eighth Release here. This is always one of Kilchoman’s more straightforward releases, and V9 doesn’t deviate too far from the norm. Lightly smoky and surprisingly quite salty, there’s an element of orange peel and some cocoa powder. The finish returns to the sea for a reprise of brine. Lovely stuff. 100 proof. A- / $100 [BUY IT NOW FROM CASKERS]

Kilchoman 2010 Vintage – “The 2010 Vintage 9 year old is a vatting of 42 fresh bourbon barrels and three Oloroso sherry butts filled in 2010 and matured for over nine years.  This is the first non-single-cask age stated release.” Softer than the 100% Islay, this expression sees a more robust sherry component, with notes of nougat, spice, and a heavier barrel char element making a stronger presence amidst the smoky background. Lush and rounded, the modest touch of sherry gives this whisky a delightful complexity. 96 proof. A- / $110

Kilchoman Loch Gorm 2019 – “Loch Gorm is the name given to the annually released sherry cask matured limited edition from Kilchoman. The loch, murky and peaty in color, reflects the dark copper tone of the sherry matured Loch Gorm release. As the only expression in the Kilchoman range to be fully matured in sherry casks, Loch Gorm has always attracted special attention from whisky fans, especially given that just 15,000 bottles will be released and made available around the world.” Very fruity, this surprisingly racy whisky kicks off with notes of fresh orange and baking spice, with lots of ginger in the mix. While the nose feels a bit brooding at times, the tangerine-like notes completely pop on the palate, where they can become almost overwhelming in their juicy, expressiveness. The peat fades into the background fairly quickly, leaving citrus as the dominant character. A much different whisky than the above, but wholly worthwhile. 92 proof. A- / $90 [BUY IT NOW FROM CASKERS]

Kilchoman ImpEx Cask Evolution 2/2019 – This special release, a single-cask, 11 year old version of 100% Islay matured in an Oloroso sherry cask, reportedly sold out in two hours. That said, shops seem to have a bit hanging around. We reviewed one prior (and much different) ImpEx Evolution release in 2016. Aggressively smoky, this whisky isn’t as overt with sherry/citrus notes as the Loch Gorm, perhaps due to some mellowing with extra age. It’s strongly nutty and quite oily, with notes of well-tanned leather and, unsurprisingly, a significant dose of alcoholic heat. Water is a huge boon here, tempering the booziness and helping the whisky’s meaty quality to settle down quite a bit — though it still hangs around on the finish for some time. 112.8 proof. B+ / $135

Kilchoman STR Cask Matured – “A creation of the late Dr. Jim Swan, STR refers to a specific formula for the Shaving, Toasting and Re-Charring of Red Wine Hogsheads. A total of 43 casks filled in 2012 were selected by Anthony Wills, Kilchoman’s founder and Managing Director,” for this release. It’s a spin on the distillery’s top 10 award winner, which was aged in standard red wine casks. This one’s an outlier, a much different animal than all of the above. Here the nose offers spice and floral elements, a significant potpourri character emerging alongside a more strident note of camphor. On the palate, a gentle red fruit note emerges, but the florals continue to dominate. The straightforward smokiness doesn’t entirely complement the spirit, but rather feels a bit blunt here, or perhaps simply at odds with the more delicate notes driven by the cask. 100 proof. B+ / $110 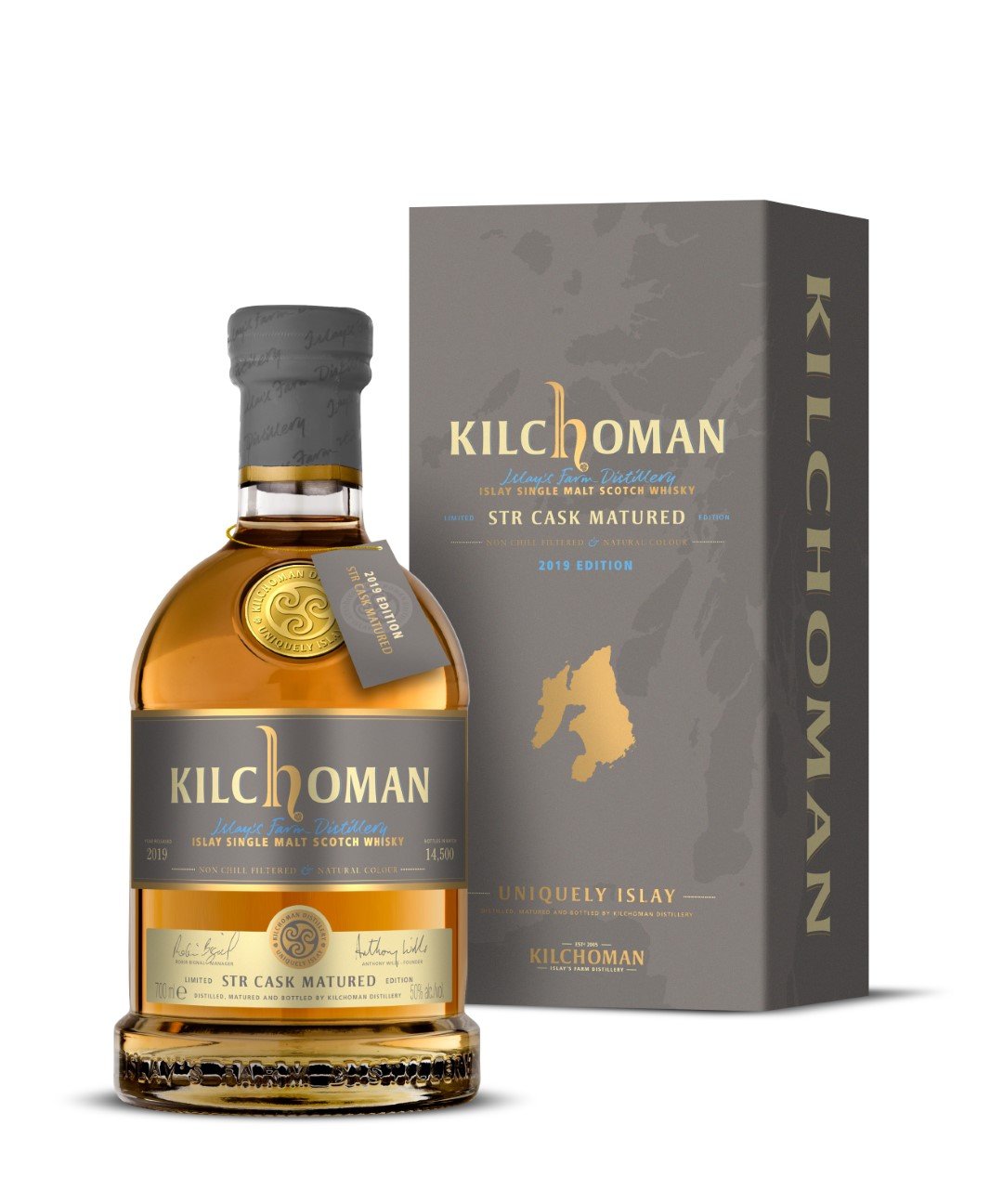