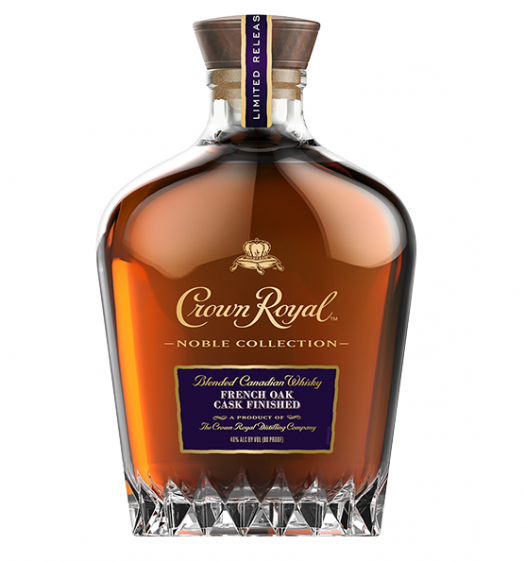 A new member has joined the Crown Royal family – Crown Royal Noble Collection French Oak Cask Finished. The fourth release in Crown Royal’s award-winning Noble Collection… the famed French oak used in Crown Royal Noble Collection French Oak Cask Finished is sourced from the renowned Vosges region in France, known for its meticulously manicured forests and ideal climate that creates the tightest grain to help impart subtle flavors and aromas of vanilla and baking spices into the whisky. Once harvested, the oak is open-air seasoned for two years to transform the wood in order to set the stage for the final two-step fire toasting. These precisely toasted new French oak barrels allow the brand to marry Crown Royal Fine De Luxe with rich dark notes of caramel, vanilla and fruit along with a body and structure that can only be achieved through French oak.

For the first three members of the Noble Collection, check out earlier reviews 1, 2, and 3.

As for this French Oak bottling, here goes.

French oak typically makes for a soft whiskey, and Crown Royal’s experiment with it is no exception. The wood influence is restrained, almost absent, as a significant cereal character and a restrained spice note emerge on the nose. The palate is quite doughy, heavy with the raw grain character that you’d find in a Scottish single grain whisky. It’s not offensive, mind you, but it lacks the fragrance and brightness (and mixability) that you expect from a typical Canadian bottling. Here, the whisky comes across as green and grassy, a bit underdeveloped and rather uninspired, acquitting itself more like work-in-progress version of its standard-label big brother.

Save the French oak for the more mature whiskies next time around. 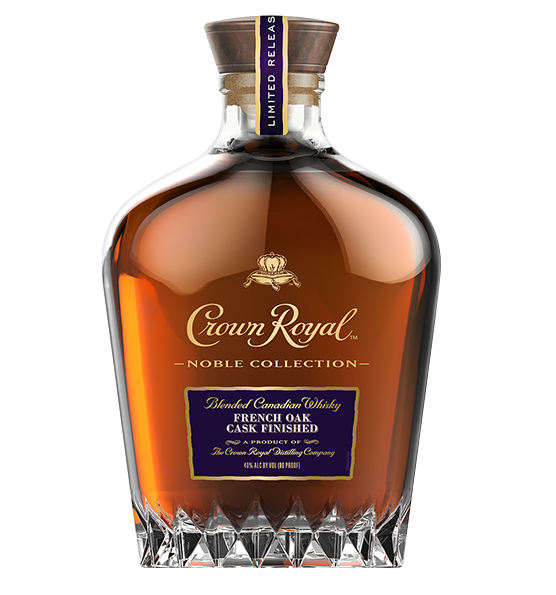