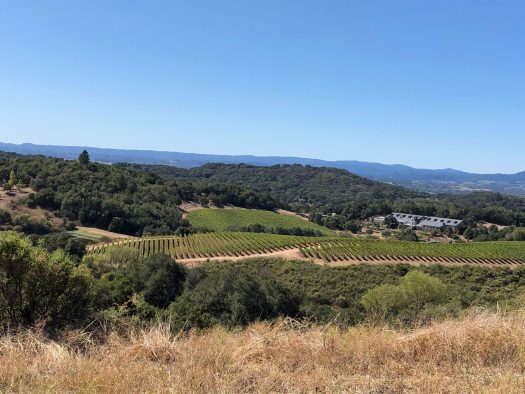 Chalk Hill is a Sonoma County winery widely known for its white wine production, particularly chardonnay. Founded in 1972 by Fred Furth, a litigation attorney best known for his involvement with the plaintiffs in the Exxon Valdez oil spill, the winery was sold to the Foley family in 2010, which now operates it.

During a recent visit to Chalk Hill, winemaker Courtney Foley, Bill Foley’s daughter, proclaimed that Chalk Hill, where Bill Foley actually lives, was the family’s “baby” — which is impressive considering the company owns dozens of brands. 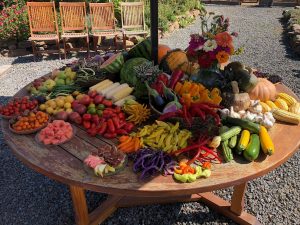 Chalk Hill is a sprawling estate spanning over 1300 acres, 75% of which is planted to white wines. The land clearly loves chardonnay; next year Chalk Hill will introduce a wine made with its own chardonnay clone to the market.

After a deep dive into the winery, with Courtney and vineyard manager Brian Malone as our tour guides, we retreated to the estate’s culinary pavilion, a lovely building adjacent to a regulation-class equestrian center which Furth constructed during his ownership. The Foleys don’t keep horses, so the equestrian center is used for corporate events and the like (alas, weddings are no longer offered here).

Inside the pavilion, we were treated to Chalk Hill’s culinary tasting experience, a sit-down lunch of four courses paired with four wines. This is actually an experience that’s open to all consumers for $120, available by appointment Tuesday to Friday (and some Saturdays) at lunchtime. While the winery describes this as a pairing of “small bites,” I was awfully sated by the meal, which was made with upscale ingredients (wagyu beef) and tons of produce grown on the property. As part of the culinary tasting, you’ll get to visit Chalk Hill’s gardens and meet its gardening crew, tasting fruit and veggies picked right off the vine. What fun, eh? 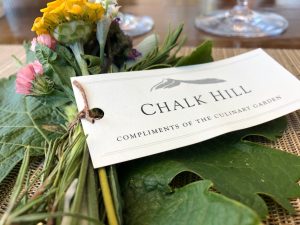 While the food from chef Alec Graham was amazing, I really came to write about the wine — and Foley clearly pulled out some greatest hits for this event. Can’t blame her, except to bemoan that none of these wines are widely available outside of purchasing them directly from the winery or via their wine club. The good news is that you can drink plenty of them here — and pair them all alongside a gorgeous meal.

2018 Chalk Hill North Slope Pinot Gris – Subtle and supple, with bright lemon custard and coconut notes. A touch of white pepper on the back end. A real delight when paired with a veggie-centric appetizer featuring a peanut-based sauce. A / $30

2017 Chalk Hill Felta Chardonnay – Bold and rich, with big brioche notes and some nuttiness. Well-integrated spice, coconut, and vanilla. Incredibly deep, soulful body, with mineral notes much in effect on the finish. A / $NA 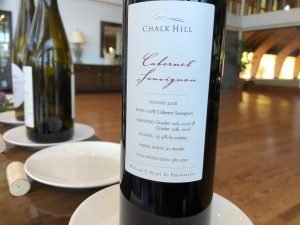 2015 Chalk Hill Syrah – A dense and absolutely gorgeous wine; a huge surprise for a shop known for its whites. Concentrated blueberry overwhelms, with notes of chocolate and a light touch of peppered beef and toasted oak on the back end. None of that heavy bramble character common with syrah in this one. A / $60

2016 Chalk Hill Cabernet Sauvignon – Still drinking young, its flavor profile dialed back a bit — though emerging notes of blackberry and some fresh pepper are signs of great things to come. I’d hold these bottles until 2021. A- / $85 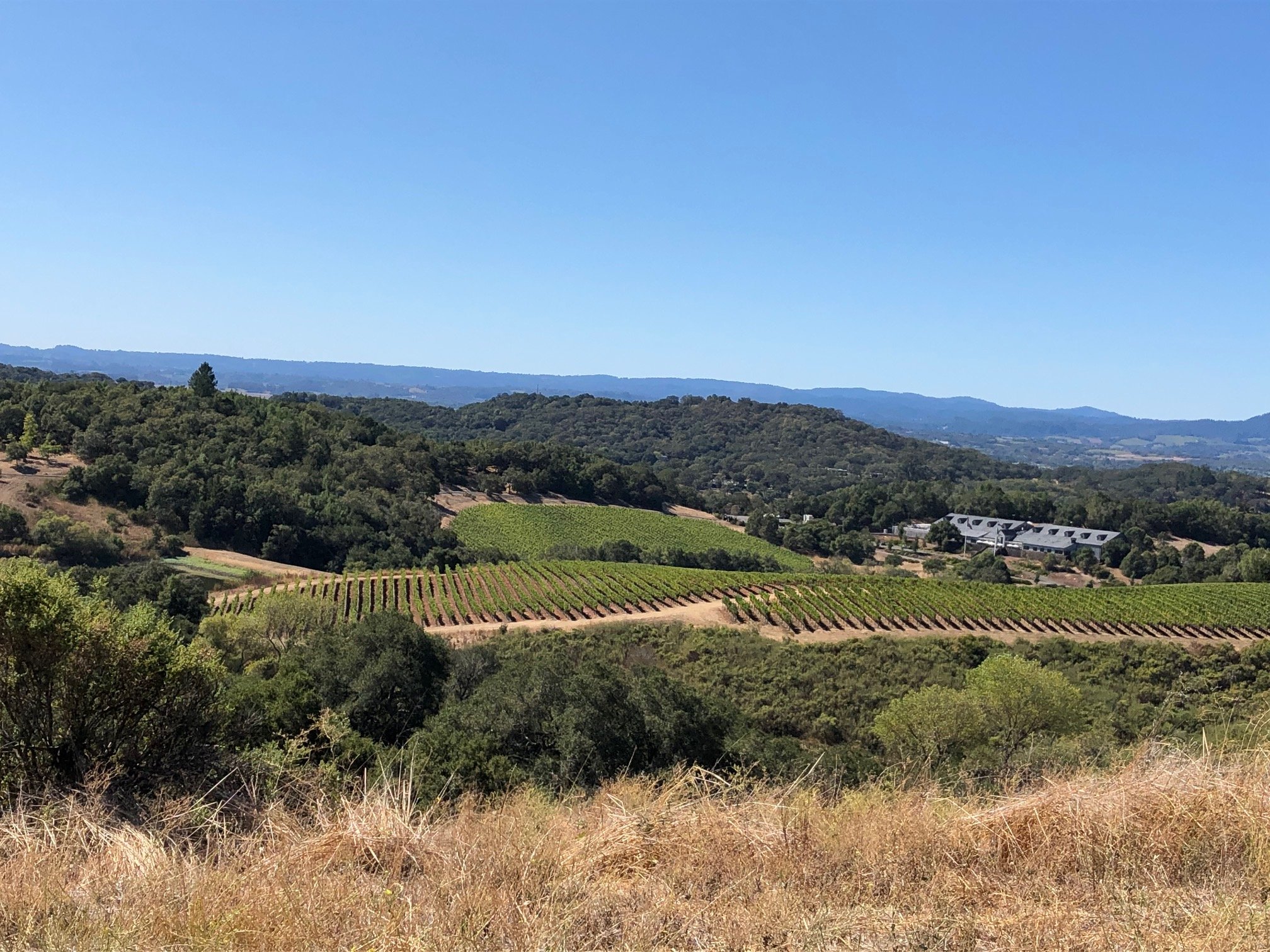 Visiting and Tasting the Wines of Chalk Hill, 2021

How Does Terroir Impact California Chardonnay? A Deep Dive at Chalk Hill
Posted in Rated A, Rated A-, Reviews, Top Rated, Travel, Wine