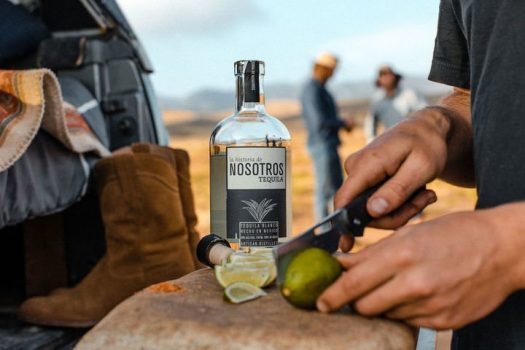 How’s this for an origin story? Nosotros began as a college project by Carlos Soto and Michael Arbanas in 2015, and the duo decided to make the project a reality, officially launching in 2016. Today, Nosotros — or more formally, La Historia de Nosotros (“The Story of Us”), is winning lots of praise from the pros.

Nosotros is immediately unique because it is made from a 50/50 blend of Highlands and Lowlands agaves — though, it should go without saying, there’s no grain neutral spirit in the blend. It’s a 100% agave offering.

Available as both a blanco and a reposado, we received only the former for review. Let’s dip in.

The nose is clean and lightly peppery, fresh agave melding with lemon peel to inform the bulk of the aromatics. A slightly earthy, beefy undercurrent persists, adding complexity. The palate is silky and immediately approachable, a punch of spice and more lemon peel giving the tequila an enduring freshness. Creamy throughout, with spikes of herbal agave and a grind of white pepper, the finish is equally clean and crisp, and moderate in length.

All told, this is quite a solid bottling, enjoyable solo or in a margarita or paloma. 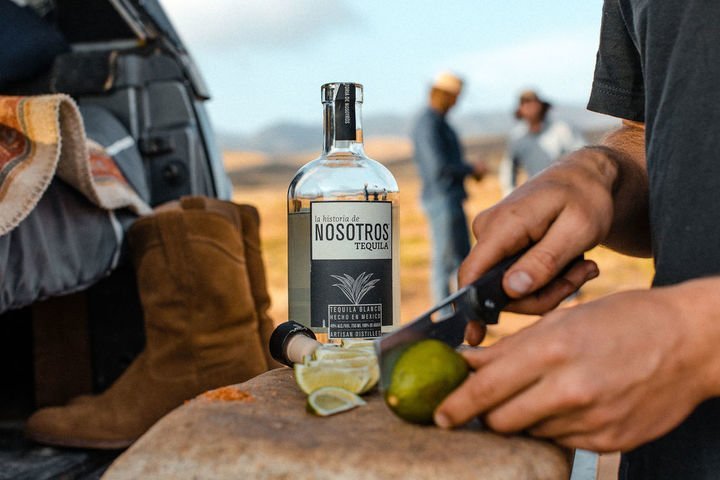