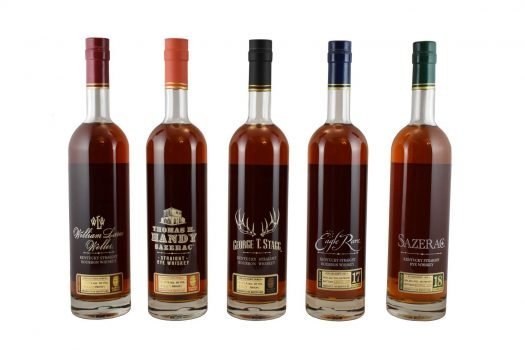 It’s October, and that means that Buffalo Trace’s five whiskeys in its highly sought-after Antique Collection — the BTAC — is here. Bourbon and rye fans will know these whiskies well, and Buffalo Trace has only a few twists in store for you for 2019. While you’re savoring the tasting notes for our 12th review of these whiskeys, feel free to check out our notes from 2018, 2017, 2016, or even our primitive commentary from way back in 2008!

Sazerac Rye 18 Years Old 2019 – While last year’s Sazerac 18 was distilled in 1998, this batch was distilled in 2001, making it whole new release vs. 2017 and 2016. The barrels were rested on the second floor of Warehouses K and L. This rye’s a bit of a hot one, with notes of wood varnish and white pepper arriving first on the nose, though time in glass is a huge help, allowing Sazerac’s iconic butterscotch character to percolate up. The palate’s quite peppery, with a gentle lacing of fresh wood cutting through the  butterscotch and vanilla. This rendition of Buffalo Trace’s oldest rye is quite a bit burlier than previously, with more oak and less sweetness on the whole. Fans may be split on the direction. 90 proof. B+ [BUY IT NOW FROM DRIZLY] [BUY IT NOW FROM FROOTBAT]

Eagle Rare Bourbon 17 Years Old 2019 – In 2017, BT switched up the proof of Eagle Rare 17 from 90 to 101. For 2019 it’s staying at 101 proof, and (again) the company says that’s where it’s remaining. It was distilled in the Spring of 2002 and was aged on the first floor of Warehouse P. It’s a massive bourbon this year, wood overwhelming on the nose, with notes of dried fruits and a layer of spice underneath. The palate surprisingly puts the wood aside and immediately evokes cherries (an Eagle Rare standby), chocolate, and dark brown sugar. The finish gets sweeter and sweeter as it develops in the glass, almost going too far, finishing on a note of sweet tea and cherry candy. 101 proof. A- [BUY IT NOW FROM DRIZLY]

George T. Stagg Bourbon 2019 – “The monster” is a mere 116.9 proof this year, a fact which will be much talked about as it’s the lowest abv in the whiskey’s history. “Master Distiller Harlen Wheatley cites barrels located on the lower warehouse floors as the reason. ‘Many of the barrels for this year’s Stagg composite were taken from the first floor of the warehouse. The first floor is cooler with higher humidity levels, therefore the alcohol evaporates faster than the water.’ This year’s release contains bourbon from barrels filled in the spring of 2004.  Storage location of these barrels varied across warehouses C, H, I, K, and Q. The evaporation loss for this year’s batch was 56%, a bit higher than last year’s release.” It is nonetheless still a heavy-duty whiskey, with incredible, intense spice notes up front on the nose, redolent with aromas of cherry pits, oiled leather, and some smoke. The palate full-on pours on the spice — and no small amount of tannin — alongside more easygoing notes of cloves, black tea, and oiled wood. On the finish: Butterscotch (a surprising burst of sweetness), red pepper, and black olives — plus a reprise of barrel char notes. Of course, water never hurts a glass of Stagg, but here it’s tough to get the ratio right. As always, this is a complex, classic whiskey, and frankly I didn’t even notice the lower proof. 116.9 proof. A- [BUY IT NOW FROM CASKERS] [BUY IT NOW FROM DRIZLY]

William Larue Weller Bourbon 2019 – The wheated bourbon in the BTAC lineup, this Weller was distilled in the winter of 2007 and aged in Warehouse I. For 2019, it’s got the highest abv in the collection. Beautifully woody on the nose, its barrel char counterbalanced by lots of ripe fruit, mint, and Marasca cherry. Hints of incense, almond, and vanilla all linger — though there’s a ton of heat throughout. On the palate, the whiskey is scorching at full proof, with tar and black pepper dominating. It’s off-putting, and water is an absolute must here. It helps greatly, coaxing out notes of honey grahams, cinnamon cookies, and loads of spice, brightening up the entire experience. The finish is clean and sweet (after water), with brown sugar and honey notes evident. It’s a complex and occasionally off-putting whiskey, but dosed with H2O the right way, it’s delightfully charming. 128 proof. A- [BUY IT NOW FROM CASKERS] [BUY IT NOW FROM DRIZLY] [BUY IT NOW FROM FROOTBAT]

Thomas H. Handy Sazerac Rye 2019 – This year’s Handy was distilled in the spring of 2013; aged in warehouses K, M, and N. As always, it’s a 6 year old straight rye. Handy always strikes me as needlessly hot, and the nose here is equal parts red pepper and ultrasweet vanilla candy, with a layer of butterscotch in the mix. The palate continues the thread — huge butterscotch notes dominating the palate, with a sprinkle of baking spice, gingerbread, and brown sugar on top. As the finish evolves, notes of sawdust, cinnamon Red Hots, and marzipan make their appearances — with plenty of alcoholic heat in the mix. Water’s a good call, as it dulls the overblown sweetness — though it brings the focus more squarely on the fresh-cut lumber notes. Better than it usually is. 125.7 proof. B+ [BUY IT NOW FROM DRIZLY] [BUY IT NOW FROM FROOTBAT] 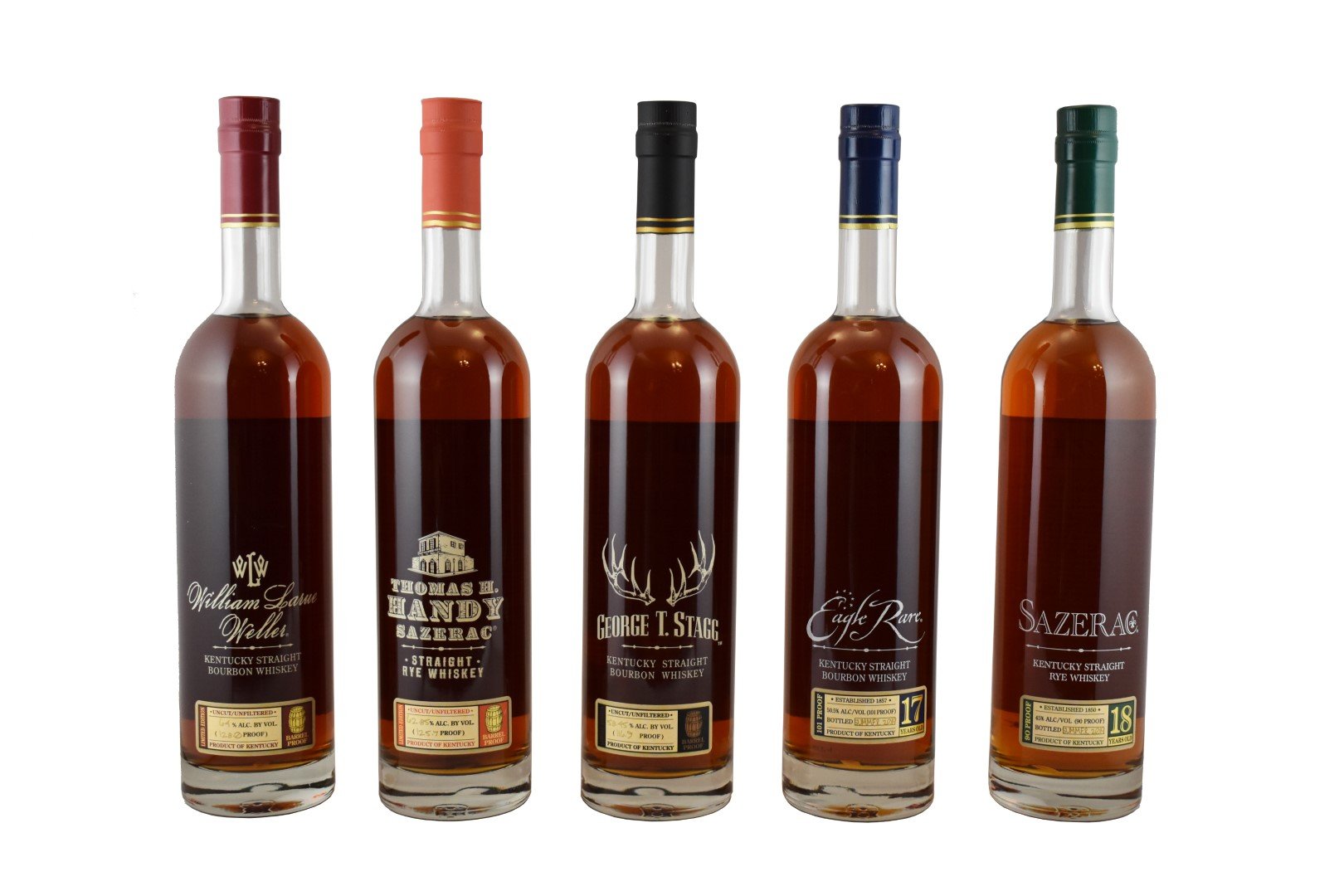 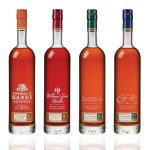