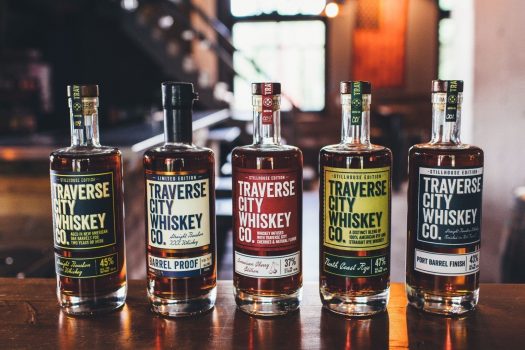 Traverse City Whiskey is a Michigan-based purveyor of, well, whiskey. The company got its start in 2012 and was sourcing product at that time. Now its own stills are up and running and all of its products are distilled and aged in-house.

Oddly enough, we’ve only reviewed one of Traverse City’s products to date: cocktail cherries. Today we remedy that with a look at an impressively diverse selection of five different whiskeys from the company — the complete product lineup. Most bottles are numbered by batch, as noted below.

Traverse City Whiskey Straight Bourbon – Made from a mash of 71% corn, 25% rye, and 4% barley, this is the flagship bourbon, aged at least 3 years. Surprisingly solid, this is a bourbon with youth but also an eye toward maturity. The brash, rough edges are gone here; what’s left is a svelte little number that offers a nose of sweet breakfast cereal, pan-toasted spices, and a bit of barrel char. The palate is surprisingly soft and approachable, a touch of wood and leather leading the way to a boldly fruity palate, with red plums, cut apples, orange peel, and overripe banana (the lattermost especially) showing. The whiskey is toasty, woody, and nutty on the finish, with notes of walnut and cigar box lingering. Altogether, this is a surprisingly well put-together whiskey that really showcases the raw promise of this distillery. 86 proof. Reviewed: Batch #15. B+ / $38 [BUY IT NOW FROM CASKERS]

Traverse City Whiskey Straight Bourbon Barrel Proof – Same whiskey as the above, but bottled at cask strength. Note that this abv varies by batch. Cask strength releases are all the rage, but Traverse’s bourbon is one that doesn’t really benefit from the added proof. The nose is hot hot hot, with red pepper and spice searing the nasal passages. Lots of barrel char here, too. On the palate, the alcohol is so heavy that it’s a total non-starter at full strength, and the experience is wholly unapproachable. Water and lots of it helps bring things into much clearer focus, but by doing this you’re just approximating the straight bourbon experience. Alas, I couldn’t get the whiskey into balance as well as Traverse City’s distilling crew has done with the straight bourbon release, and ended up with a rather rustic, wood-centric experience in the end. At these prices, I’d easily stick with the standard edition. 113.28 proof. B- / $70 [BUY IT NOW FROM CASKERS]

Traverse City Whiskey American Cherry Edition – Same whiskey, infused with its own cherries (see review above) for a few weeks. You can smell the fruit when you uncork the bottle, a powerful blast of cherry emerging from the decanter. Stick your nose into the glass and it’s almost like cough syrup, profoundly sweet and heavy with fruit. The palate sees more balance between the fruit and the whiskey, but this actually works against it, giving the whiskey even more of a medicinal tone than I expected. A little cherry goes a long way. For me, it just goes too far here. 70 proof. Reviewed: Batch #10. B- / $37

Traverse City Whiskey North Coast Rye – This is an unusual blend of two ryes: one 100% rye; the other 95% rye, 5% barley. I’m assuming Traverse didn’t source either of those; reportedly 3 years old, though there’s no age statement. It’s a surprising bit of a blazer up front, bold alcohol notes mingling with classic rye spice, including gingerbread, dill, and pepper. The palate pours on the herbs, the youth heavy but the barrel influence surprisingly dialed back. Fortunately, the rye holds up pretty well, even without a lot of wood-driven character to back it up. 90 proof. Reviewed: Batch #4. B+ / $40

Traverse City Whiskey Port Barrel Finish Bourbon – The above straight bourbon, finished for a full year in Port barrels (of unknown source). There’s a dense rum raisin note on the nose that evokes the Port influence, along with some unexpected aromas of dark chocolate, plus lots of pepper. It makes for a surprisingly complicated experience, and as much as I normally love Port-finished spirits, this one doesn’t really hold together as much as I’d like, showcasing a beefy character and a surprisingly rustic finish. 86 proof. Reviewed: Batch #3. B- / $40 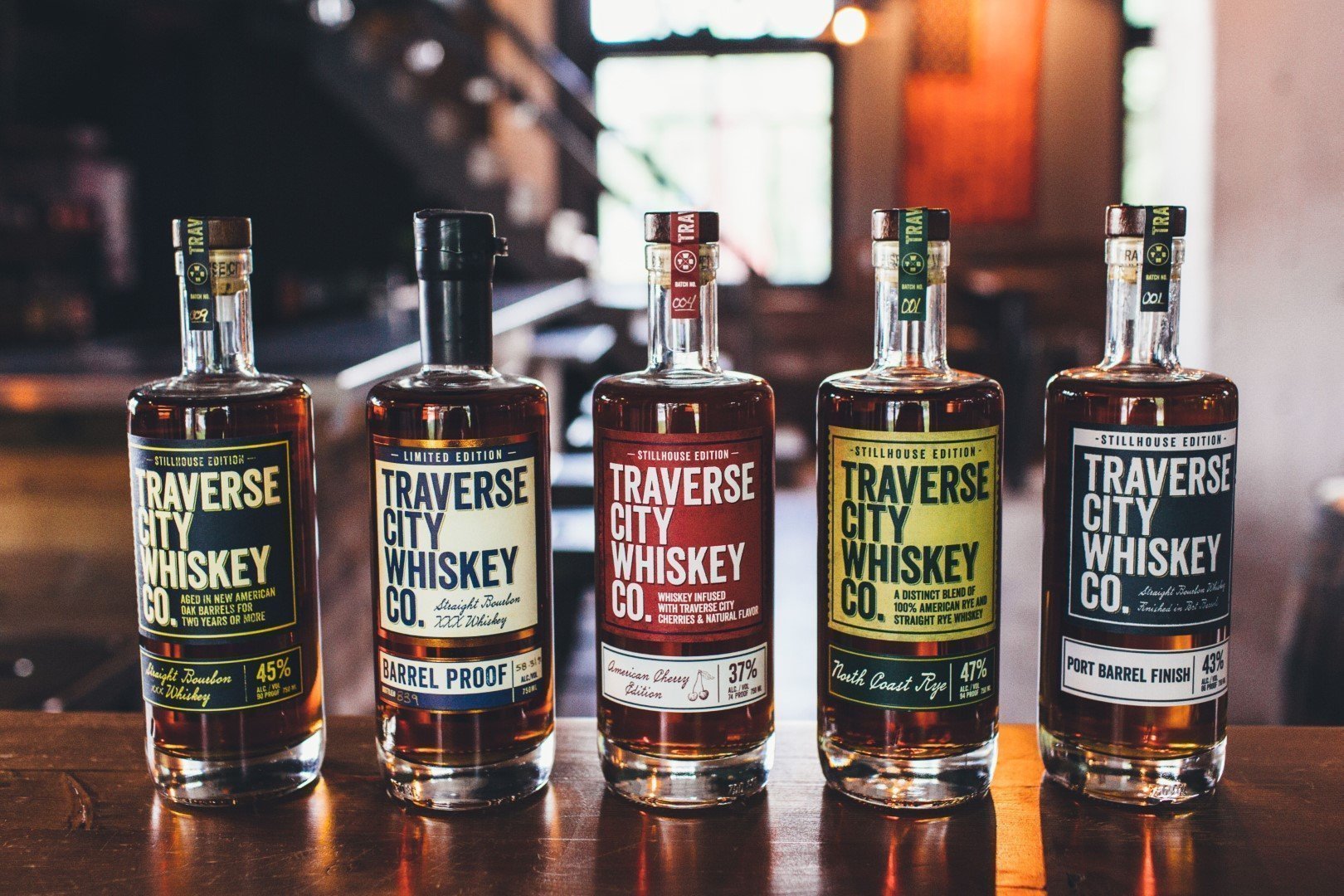