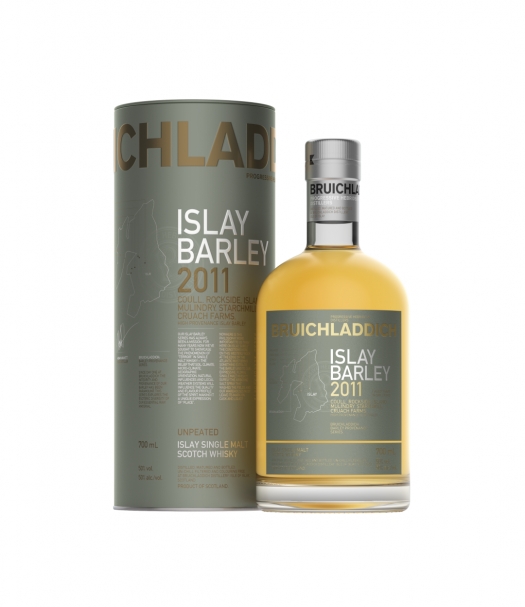 Islay’s Bruichladdich has long been tinkering with the terroir of barley, with whiskey releases made from only Scottish barley, Islay-grown barley, and even barley grown on a single farm. With its latest addition to this lineup, the distillery returns to Islay-grown grain, specifically “Oxbridge and Publican barley varietals grown on six Islay farms in a young liquid that showcases the island’s windswept micro-climate.” The barley was harvested in 2011 and the distillate was aged in 75% ex-bourbon casks and 25% “ex-wine European oak casks. (Unclear if that means sherry.)

Let’s see how this expression turns out.

The palate explores no real new ground, offering a grainy and surprisingly vegetal character that comes across as both undercooked and, at 50% abv, overheated. I thought with time in glass things would open up and the whisky would reveal some its charms, but the reality is I liked it less and less the more I sipped on it. The finish is hot and aggressive, with canned green bean notes lingering endlessly on the back end.

I downgraded my opinion twice over the course of an evening pondering this whisky, hoping for something — anything — to reveal itself to me. Sadly, it just never happened.

Update 9/28/2019: On a lark I tracked down a second bottle of Islay Barley 2011 and was surprised by how wildly different my tasting experience was. Night and day, really. No vegetal notes here, just a fresh citrus punch on top of a nicely-sweetened core of malt. There’s still a substantial, youthful grain element here, but the chewy, toasty breakfast cereal notes paired well with the up-front fruit, making for a fresh and approachable “everyday” dram. A tiny hint of antiseptic on the nose was the only off element in my second tasting, but this was fairly insignificant on the whole.

What caused my negative opinion the first time around? Off bottle? Dirty glass? Simply a bad night? I couldn’t say, but my experience with the new bottle was enough to make me lose enough faith in my earlier review and to warrant this update. 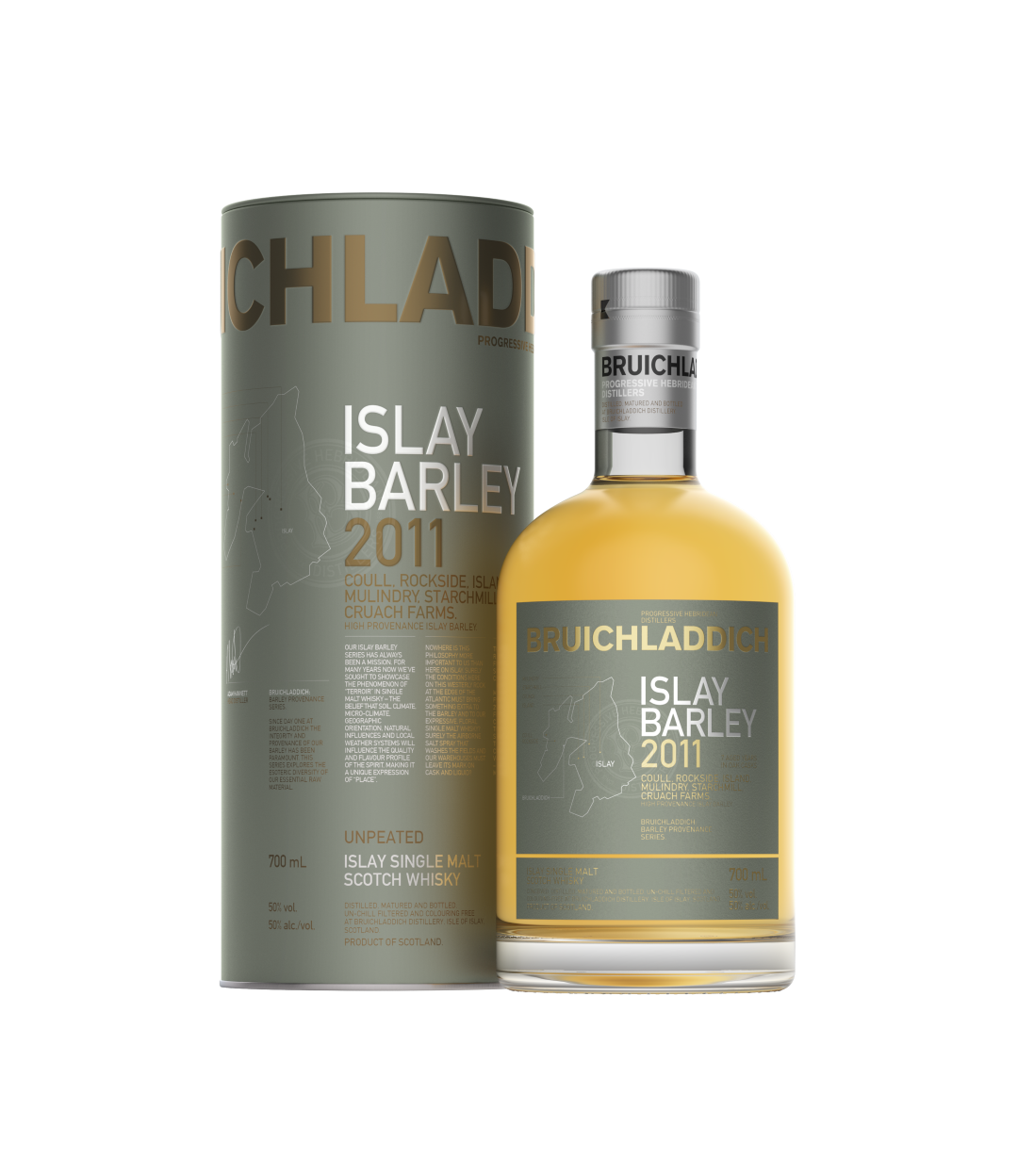