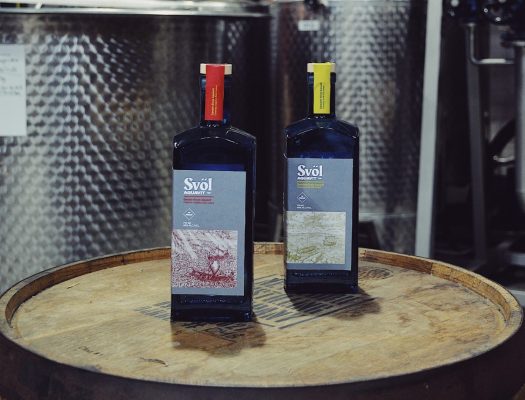 Aquavit seems to be having a minor resurgence in American cocktail culture as an alternative to gin, and U.S. drinkers are now getting access to two new expressions of this Scandinavian essential: Svol, available in both “Danish” and “Swedish” styles (though both are made in Brooklyn, NY).

Launching in the U.S. this month, Svöl Aquavit seeks to celebrate the varied regional traditions of Scandinavia’s beloved spirit and reveal how an obscure caraway-infused liquor can be used in cocktails as an everyday flavor accent or base spirit. Created in collaboration with experts in Nordic cuisine who worked under leading Danish restaurateur Claus Meyer, this modern aquavit is made to showcase the diversity of styles found in Scandinavian countries. Svöl Aquavit offers two styles – Danish and Swedish, each available in select markets.

Dating back to the 15th century, aquavit is traditionally made with a grain or potato distillate base that is infused and re-distilled with a variety of herbs and spices, always including caraway. Over the years, distinct regional styles of aquavit have developed in each Scandinavian country. In Denmark and Sweden, aquavits are made with un-aged grain distillates; Danish aquavits tend to be caraway-dominant with notes of citrus, while Swedish varieties often feature dill and fennel as lead flavors alongside caraway. Svöl’s Danish-Style Aquavit features the highest-quality caraway from Finland as its dominant flavor, which is then rounded out by other botanicals such as Icelandic angelica root and pine bark, rose hip, and gooseberry. Meanwhile, Svöl’s Swedish-Style Aquavit features fresh dill, which is cold-infused for 24 hours to ensure the bright fresh taste, and fennel that’s been cracked and roasted to release its flavor and aromas of lovage and lemon peel.

On the heels of launching and building Avuá Cachaça into a category leader in the United States, Svöl Aquavit is founded by Peter Nevenglosky, who is dedicated to paying homage to aquavit’s centuries of history. To ensure the integrity of the flavor profiles, Nevenglosky tapped Gunnar Gíslason, former Executive Chef at Agern in New York and owner of Dill Restaurant in Reykjavik, Iceland, to select and source botanicals from around the world; Jonas Andersen, business development manager for Great Northern Food Hall and Agern, also consulted on the botanical combinations and aromatics. Noted distilling expert Allen Katz developed the distillation and botanical extraction techniques at his New York Distilling Co in Brooklyn, NY, where Svöl Aquavit is made in a 1,000-liter copper still, beginning by mixing a unique blend of full grain New York rye, corn and barley spirit with a neutral grain spirit.

“Aquavit holds a unique position as a less-known, yet highly versatile cocktail spirit,” says Nevenglosky, who is also the founder of Drifter Spirits, the distribution network which represents Svöl Aquavit and Avuá Cachaça in the United States. “Our team of industry experts dedicated three years to category research, experimented with more than 50 botanicals from around the world, and ran hundreds of tests on stills of various sizes to achieve maximum concentration of flavor. Svöl Aquavit offers something new in the aquavit universe and we look forward to professional and home bartenders joining us on this journey of discovery.”

Svöl, meaning cool or cold, was one of the eleven rivers that predate the creation of the world in Norse Mythology. The Viking runic compass symbol is on the cap labels, while the bottle designs feature images of the Stockholm Archipelago in Sweden and the chalk cliffs of Møns Klint in Denmark.

OK! So let’s dig in to both expressions from Svöl.

Svol Danish-Style Aquavit – Flavored with six botanicals including caraway (sourced from Finland), angelica root (Iceland), Cape gooseberry (Peru), coriander (India), rose hip (Chile), and lemon peel (USA). Big rye bread notes on the nose, as expected, with just a hint of citrus underneath. The rose hip is much more evident on the palate, where strong perfume and dried florals temper the rye bread note. Worry not, though, the rye makes a huge comeback on the finish, with a fresh but lingering pungency that hangs on for quite awhile. Ultimately quite cleansing. Nice Bloody Mary component. A- / $30 [BUY IT NOW FROM DRIZLY]

Svol Swedish-Style Aquavit – Flavored with seven botanicals: Caraway (Finland), dill (USA), coriander (India), fennel (India), lemon verbena (Egypt), lovage (Poland), and lemon peel (USA). The caraway and dill are in a surprisingly nice balance here, with neither really dominating in the glass. The nose is perky and plenty herbal, that rye bread with pickles now atop it. The palate comes across as slightly sweeter than the Danish expression, the lack of rose hips changing the flavor dramatically. Dill and fennel are both enduring on the finish, which is considerably longer and more “sticky” on the palate than the Danish-Style version. Different, but also lovely. A- / $35 [BUY IT NOW FROM DRIZLY] 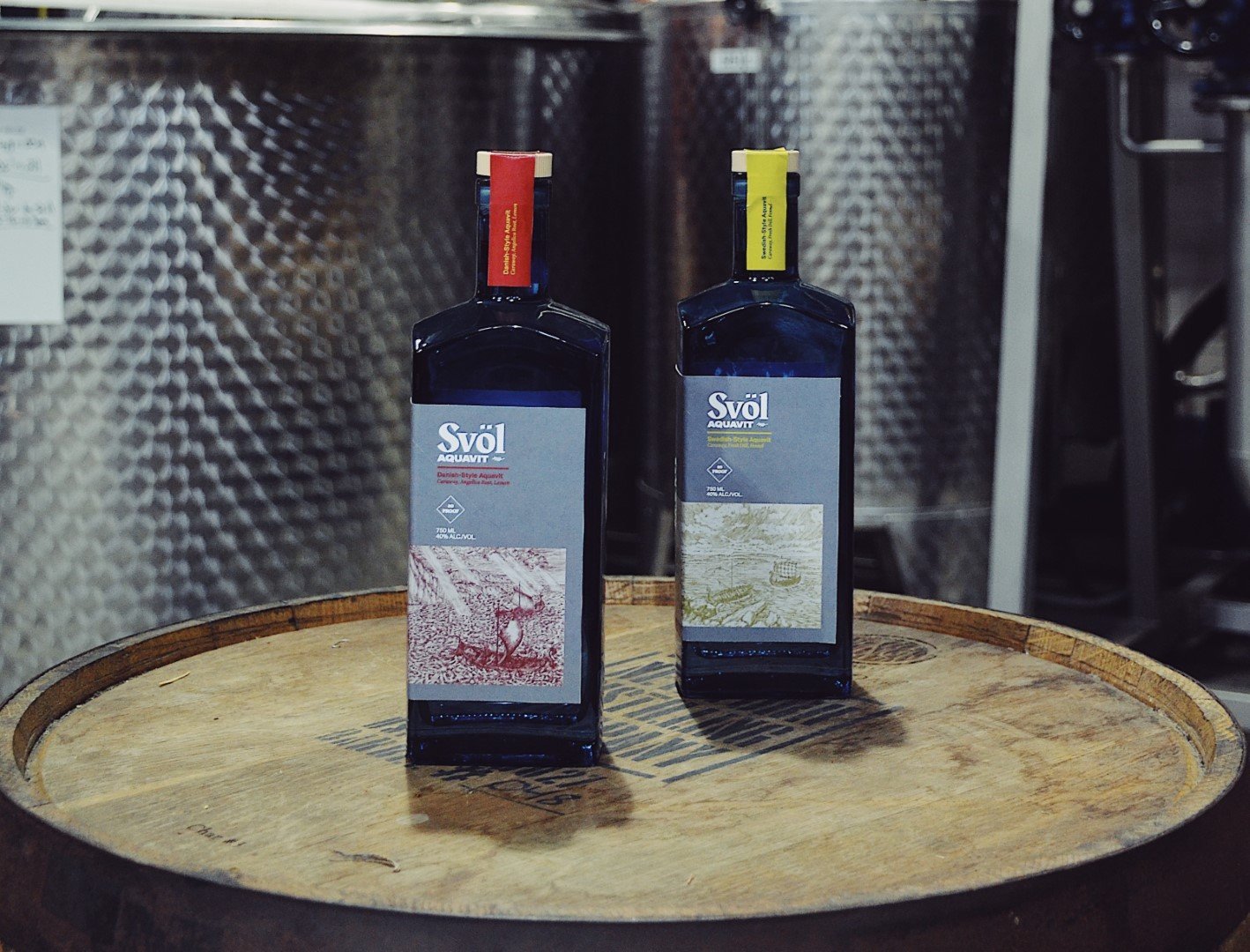