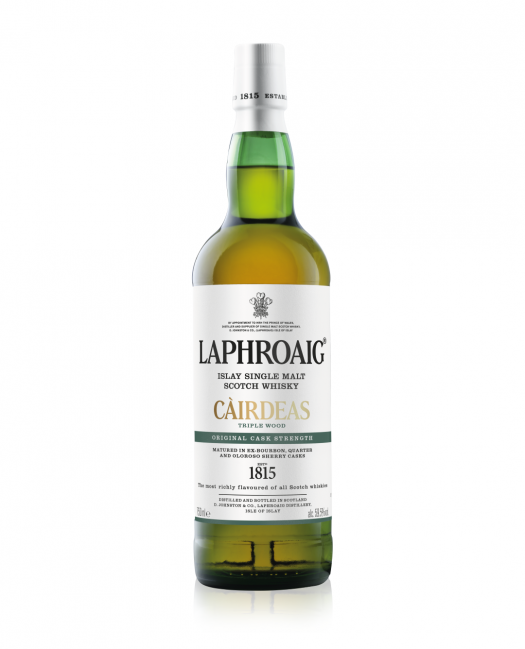 Laphroaig fans are by now no stranger to its limited edition Cairdeas bottlings, which are released each year as part of Islay’s Fèis Ìle celebrations.

This year’s limited release is a cask strength version of its popular Triple Wood release, a whisky which is first matured in ex-bourbon barrels, then moves to smaller quarter casks, and finally is finished in European oak casks that previously held oloroso sherry. The big twist is while the standard Triple Wood hits 96 proof, this one tips the scales at 119 proof, nearly 60% abv.

If you’re familiar with Triple Wood, you will find this cask strength version quite the old friend. Classic smoky-peaty Laphroaig notes emerge immediately on the nose, mildly laced with sherry influence plus notes of toasted marshmallow and graham crackers. Breathe deep and you can smell the s’mores.

The palate is initially huge with peat, then a rush of sherry quickly follows. These elements can be a bit blunt until the finish arrives, which shows a curious mix of red pepper, charred beef barbecue, and a whiff of cigar smoke. The back end finds room for a crushed berry fruit component, though the smoldering peat notes linger for ages. A definite keeper for fans of Laphroaig. 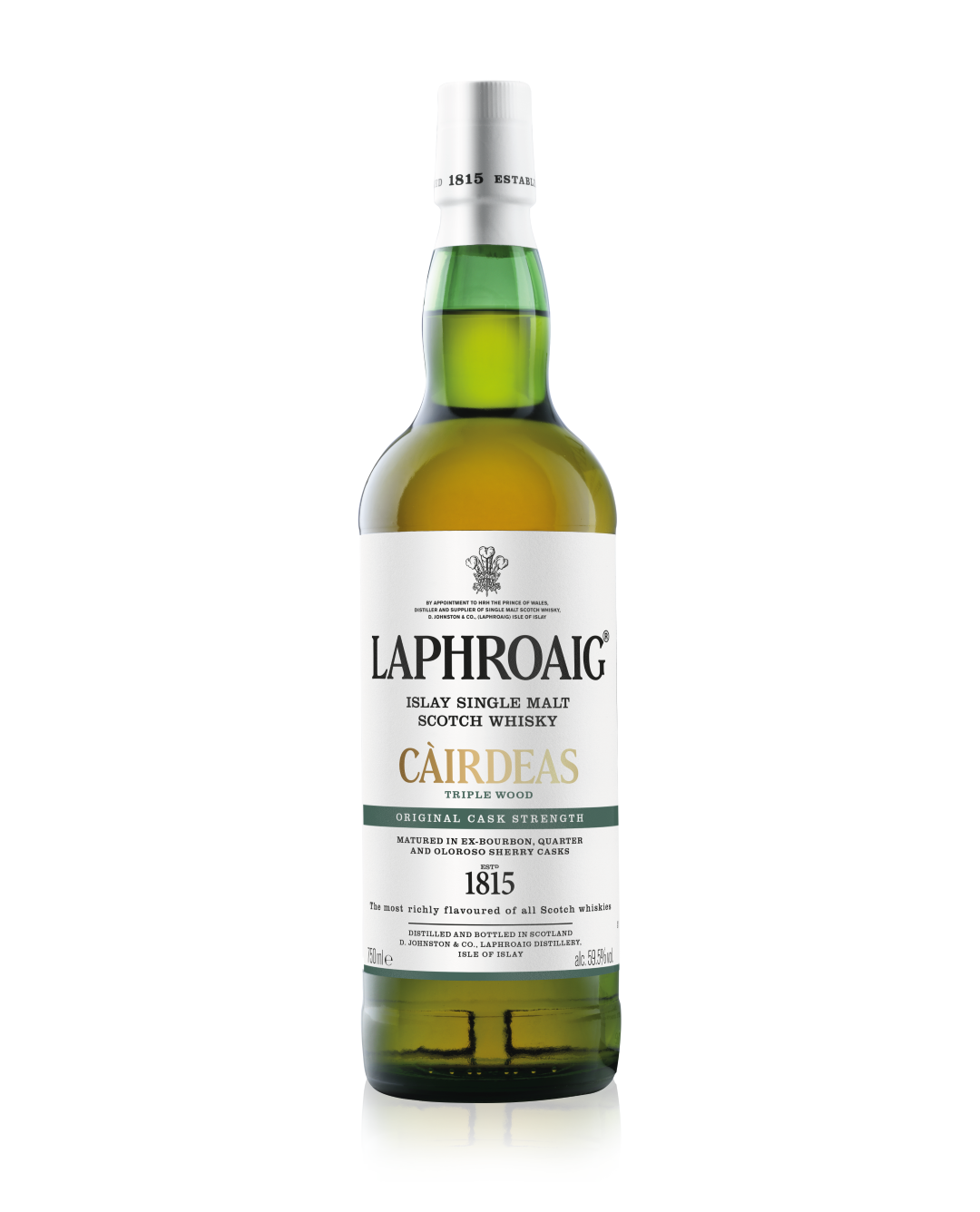