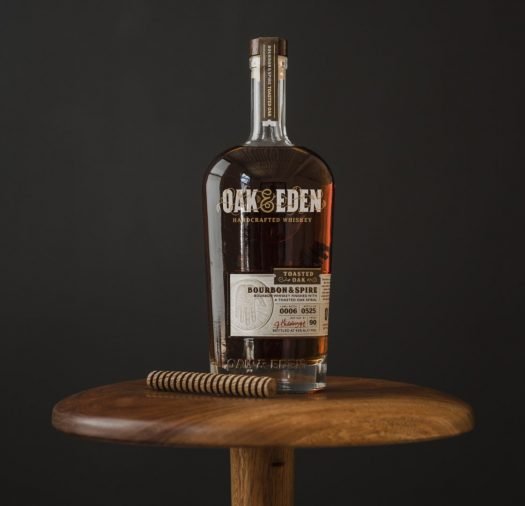 Finishing whiskey doesn’t just have to mean taking aged spirit and putting it in a second barrel before proofing and bottling. You can also finish whiskey in the decanter, and various entrepreneurs have been trying to engineer ways for the consumer enthusiast to do this at home, courtesy of little staves of wood you drop into your bottle for a few months. The jury’s still out on whether these kits are worthwhile — I’m not a fan, anyway — but it’s undeniable that if it’s big wood flavor you’re after, this is one way to get it done.

Texas-based Oak & Eden takes the home finishing stave concept and prepackages it in the bottle for you. The company starts off with bourbon and rye, mostly sourced from MGP (but reportedly not all of it) and about two years of age, then drops one of a half dozen (at present count) different wood spirals into the bottle. They call each of these 5-inch spiral-cut sticks “the spire.” Among the collection, there’s rye with an oak spire, bourbon with a cabernet-soaked spire, bourbon with a spire soaked in Scottish ale, and rye with a rum-soaked spire.

The company sent the lattermost of those, called Rye & Rumba, our way for review. Let’s give it a try.

The nose is blunt, heavy with oak and aggressive barrel char notes. Notes of minty eucalyptus and cherry pits — both arguably driven by the rum influence — offer a little something by way of nuance, but not much. The whiskey smells young and in need of time to settle down.

The palate is again heavy with char — leathery, with notes of coffee grounds heavy on the tongue. There’s a sweet, sherry-like nuttiness — which again could be a vestige of the rum influence — but so much wood it’s tough to really grab much of those flavors. The finish is sharp and feels awfully blown out with alcohol.

In the absence of a control bottle — the same whiskey without the finishing stave — it’s tough to assess the impact of the spire — though it’s also worth noting this whiskey will continue to change the longer the spire sits inside. As it stands, it’s not a bad whiskey, but it’s one that feels unfinished and very young — and massively overpriced considering all of the above. 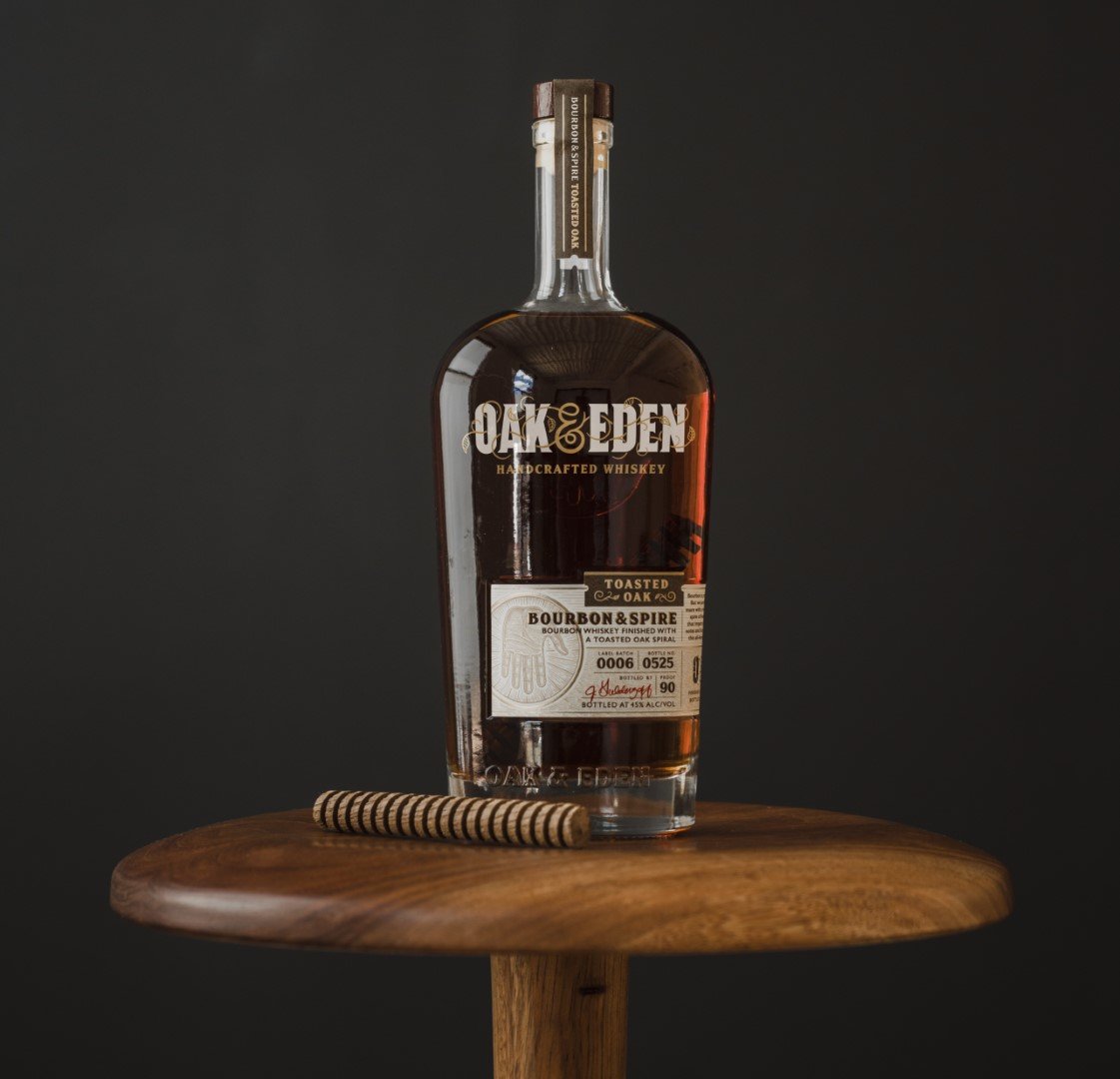