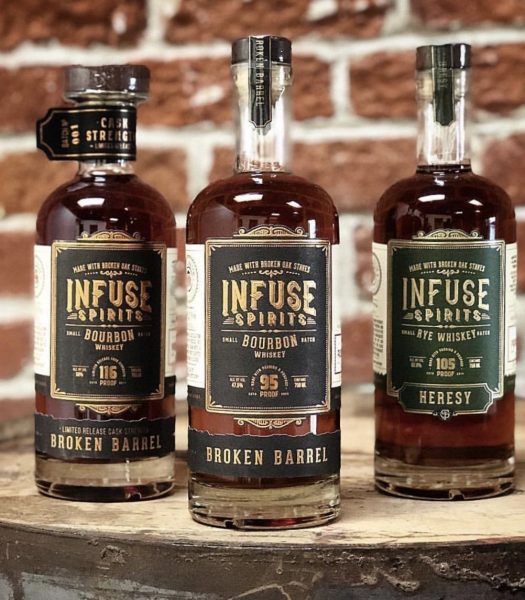 A few months ago, I promised a look at the whiskeys of Infuse Spirits, the company which made its name with flavored vodkas and which recently branched out into whiskey. Now folks, the time is here, and we’re looking at the entirety of Infuse’s whiskey line, which spans three different expressions — two bourbons, one rye.

Note that the products are all sourced, distilled at Owensboro, Kentucky, which would indicate they come from the O.Z. Tyler Distillery — aka Terresentia/TerrePure, a relatively new contract distiller with an accelerated aging program. Mashbill information is not provided, nor is any significant age data.

Update: New branding and labeling as of 2020.

Infuse Spirits Broken Barrel Bourbon – Made with rye in the mash; “infused with oloroso sherry casks.” That’s a weird way to suggest a barrel program, but Infuse doesn’t age in barrels (beyond 6 months) but rather in stainless steel tanks with staves included, in this case 40% French oak staves, 40% ex-bourbon cask staves, and 20% sherry cask staves, dropped into the vat. It does at least explain the “Broken Barrel” name, though. Quite hot on the nose, there’s a heavy ethyl alcohol note here, with notes of black pepper and beef jerky underneath. The palate is also hot, with notes of overripe fruit melding somewhat chaotically with a heavy note of Corn Nuts. The finish takes things into a world of peanut butter and cloves — none of which is even remotely satisfying. 95 proof. C- / $30 [BUY IT NOW FROM CASKERS]

Infuse Spirits Heresy Rye – Made in much the same way as Broken Barrel Bourbon (with the same stave treatment in stainless steel), hence the “Heresy” moniker. The nose is much more engaging than the bourbon, thanks to plenty of classic rye spice character, which rides alongside notes of menthol, Butterfinger candy, barrel char, and burnt matches. While the palate initially finds many of the same elements enduring, they’re ultimately muddied through a heavier char character and a blunt, heavy alcohol note that dulls the spice and showcases a lot of raw granary notes instead. I’m not sure why the decision was made to bottle this at a whopping 105 proof, as all that booze lends a pungency to the finish as well as a gummy texture throughout. 105 proof.  C+ / $30 [BUY IT NOW FROM CASKERS]

Infuse Spirits Broken Barrel Bourbon Cask Strength – A cask strength expression of the above, with a fancier bottle design. My gut told me that an already boozy whiskey, light on character as it is, probably didn’t need even more alcohol to muddy the picture, and sure enough my instincts were correct. While a cask strength abv doesn’t completely detract from the experience, it sure doesn’t add much, and the overall impact of Broken Barrel at 58% being much the same as the standard edition — pungent, somewhat leathery, and heavy on the cloves. The ability to fine-tune things with water may offer special appeal to some, but I just don’t see much in here to recommend. 116 proof. C- / $40 [BUY IT NOW FROM CASKERS] 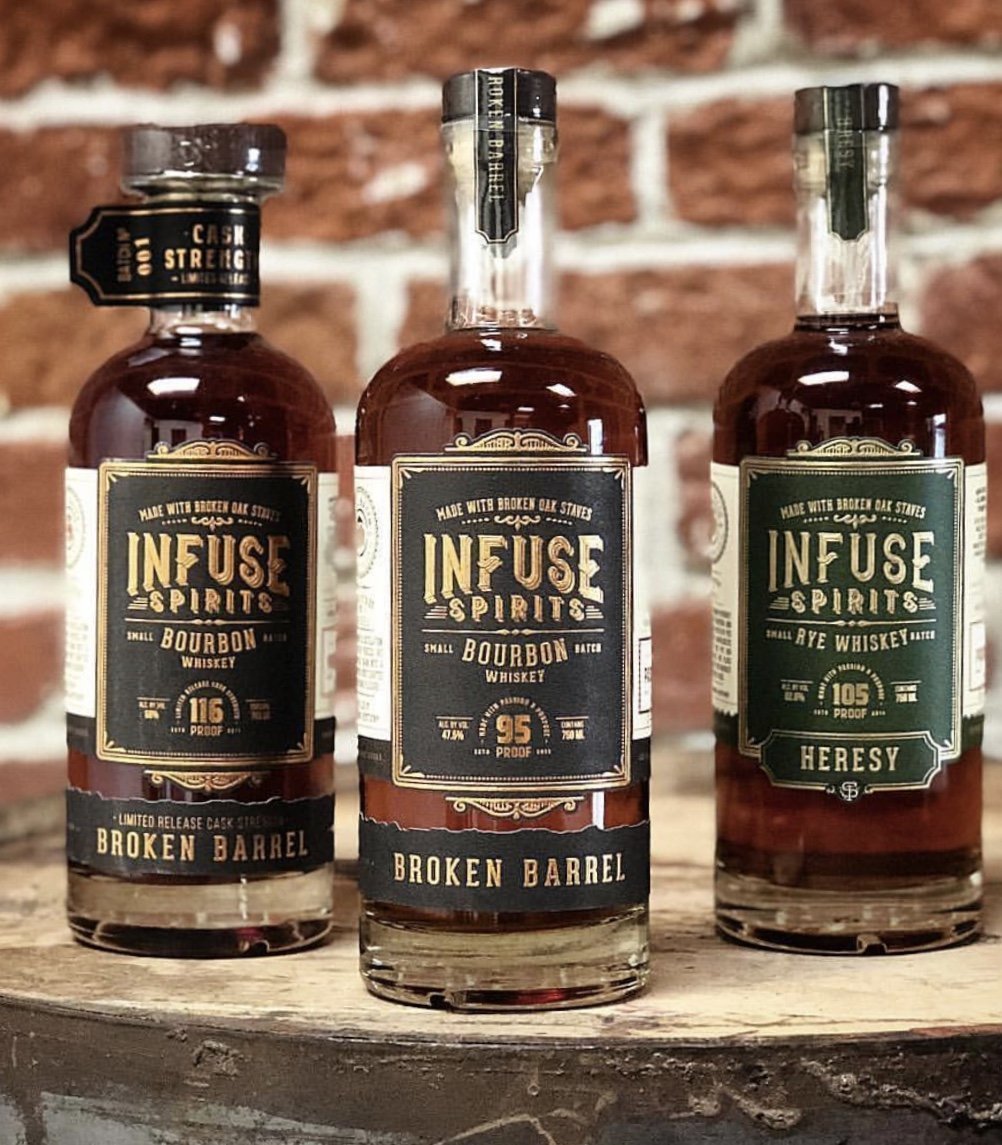