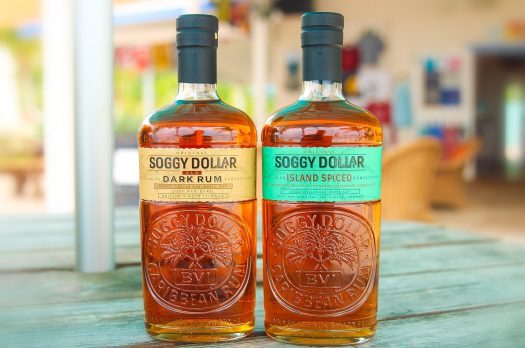 The Soggy Dollar Bar calls the British Virgin Islands its home, specifically the island of Jost Van Dyke, where the bar overlooks the picturesque White Bay. Soggy Dollar, like many a fine bar, recently decided to get into the booze business itself — what better to use with its own collection of cocktails — and first out of the gate you’ll find two expressions of rum, a traditional dark rum and a spiced rum.

Production details are limited, as Soggy Dollar is a blender, not a distiller, and the actual origins of these rums are unknown.

With that in mind, we tried both. Thoughts follow.

Soggy Dollar Island Spiced Rum – The same rum as the above, infused with “a secret blend” of oak, vanilla, caramel, pineapple, orange, nutmeg, and other native spices. (So, not that secret.) That apple cider note is still in effect here on the nose, but it’s plumped up with extra cinnamon and cloves, with some maraschino cherry and vanilla folding in sweetness. The palate is a surprise: Much drier than anticipated, with a heavier wood influence amidst the notable cherry character. Well-browned butter, dark chocolate, fresh mint, and some incense notes all inform a lengthy (if slightly confusing) finish — and all of which make for an unusual and unexpected spiced rum. 70 proof. B / $30 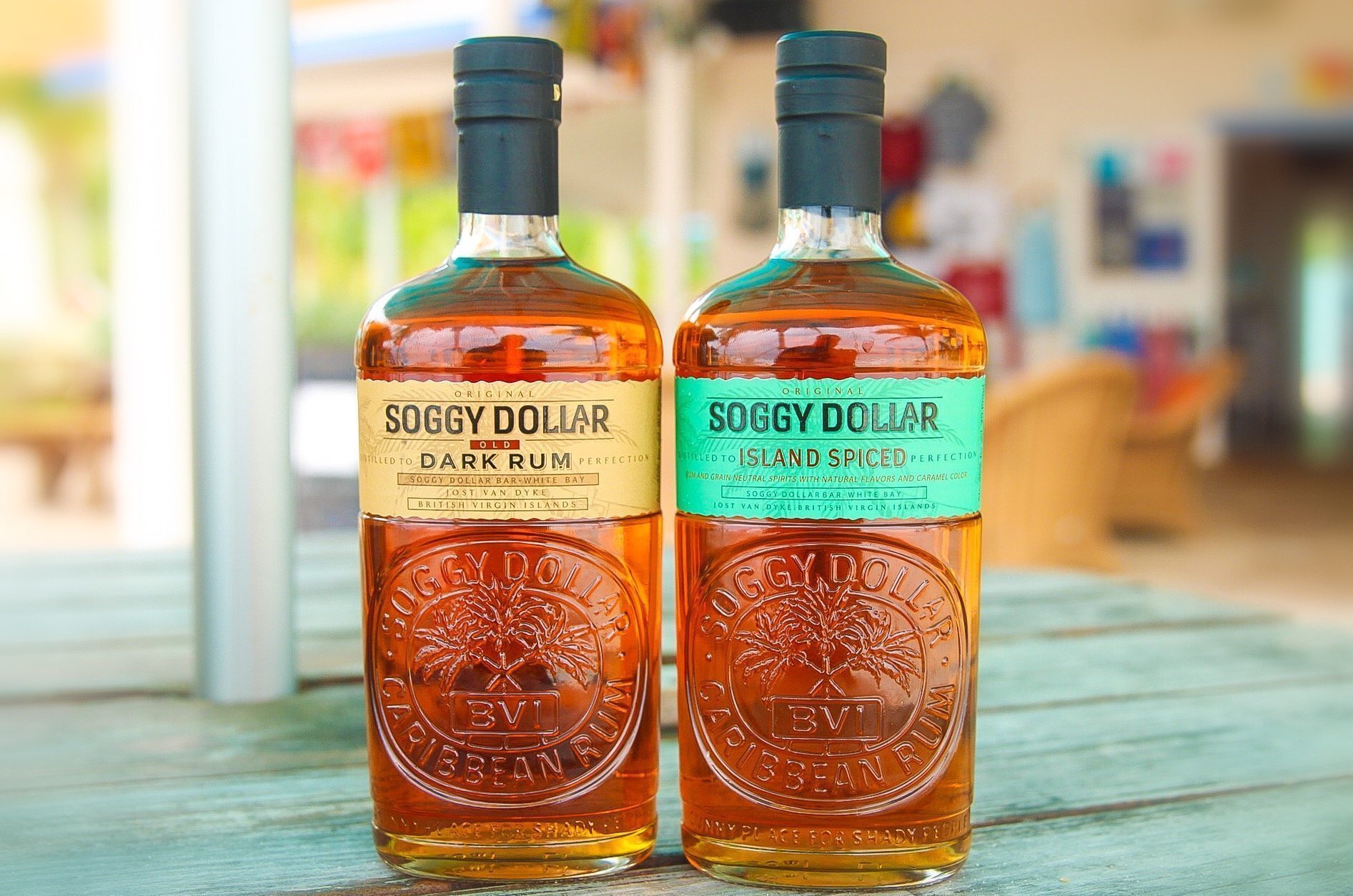