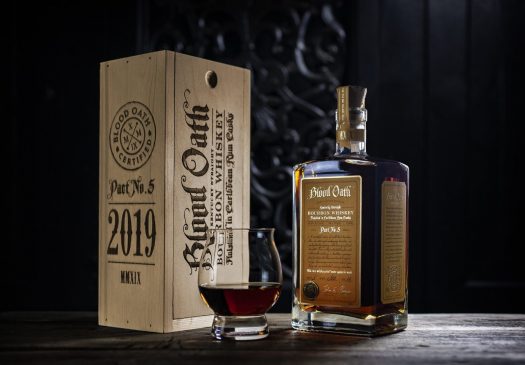 Lux Row’s top-end whiskey release, Blood Oath, enters its fifth annual installment with Pact No. 5, and it’s the line’s strangest installment to date. Some back story:

Pact No. 5 starts with an eight-year-old ryed bourbon rested in used dark Caribbean rum barrels for six months to add a touch of warm island spice. Once this bourbon picked up some of the rum notes, Rempe combined it with an 11-year-old silky wheated bourbon and an extra-aged, peppery 13-year-old rye bourbon.

“When selecting these bourbons, I knew the dark rum sweet notes would be a perfect complement for these well-aged bourbons, and the result is extremely satisfying,” says Master Blender John Rempe. “On the nose, Pact No. 5 comes right off with dark fruit notes, brown sugar and a touch of orange zest, followed by sugar cane and dark chocolate notes and a little heat once you sip it. This one offers a lingering finish, accented by notes of honey.”

This year’s release returns to its original fire-branded wooden display box. Like its predecessors, the bottle is topped with a custom, eco-friendly natural cork, sealed and hand-labeled with certificate-style paper stock, including Rempe’s signature, and bottled at 98.6 proof. Pact No. 5 is a limited release, with only 15,000 cases (3-packs) created; this bourbon will never be made again. The Blood Oath series launched in 2015 with Pact No. 1, and will highlight a different variant, or Pact, each year.

What does rum finishing do to old bourbon? Let’s find out!

The nose of Pact #5 is powerful and aggressive, nothing like what I’ve come to expect from the Blood Oath line to date, with a meaty, leathery character that masks almost everything save the influence of the barrel. The palate is quite racy but more expressive, the sweetness of the rum making its presence more clearly known here. That said, amidst notes of dry raisins and spice cake arrive ample notes of graphite, licorice, and barrel char, all of which build to a very dry finish that sucks any semblance of moisture away from the palate. The conclusion is somewhat off-putting, making for a very different — but not overly appealing — whiskey experience.

Hey, they can’t all be home runs. The Blood Oath line has been one of the most consistent “special releases” to date, so I suppose Lux can afford a modest miss this time out. 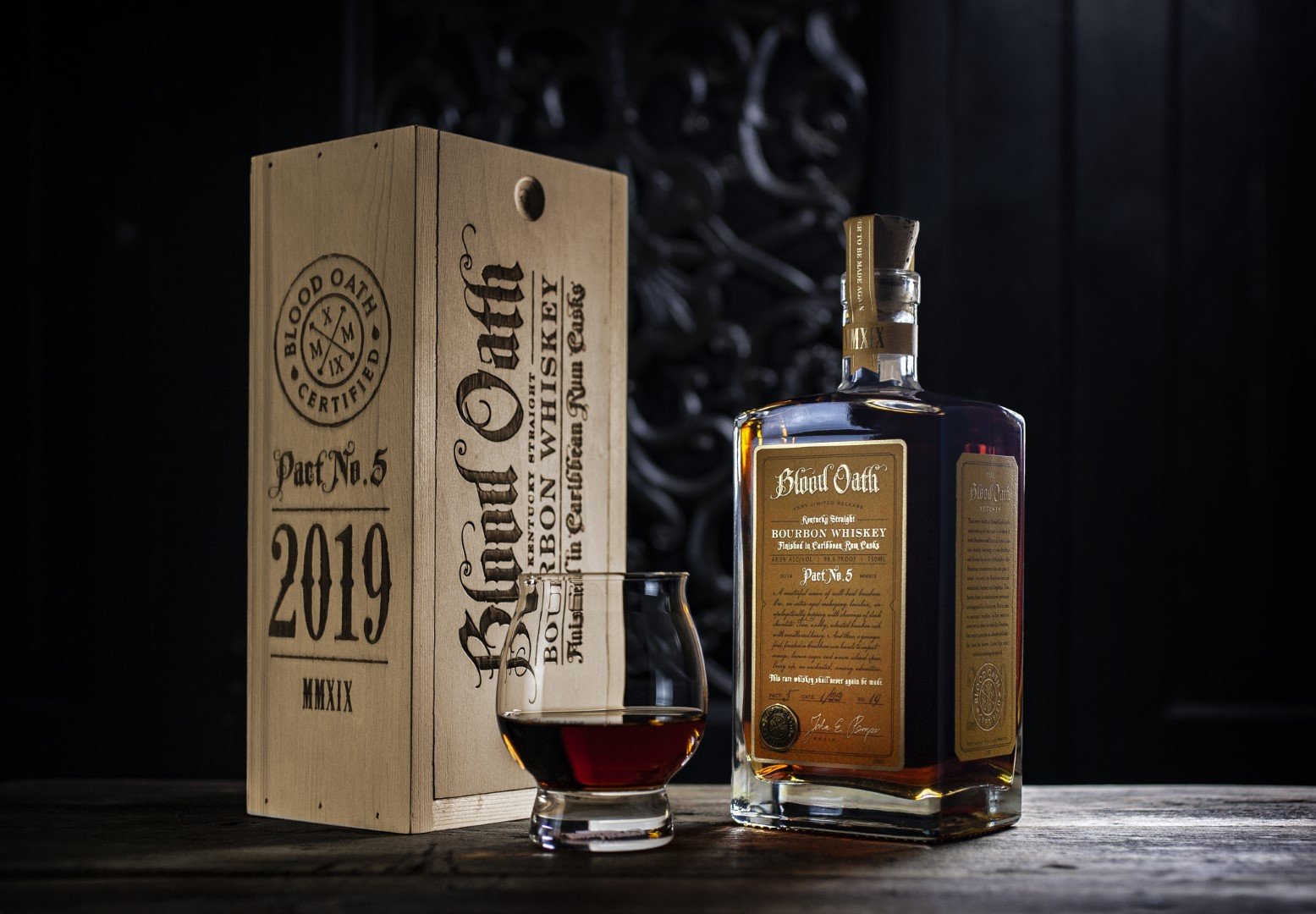