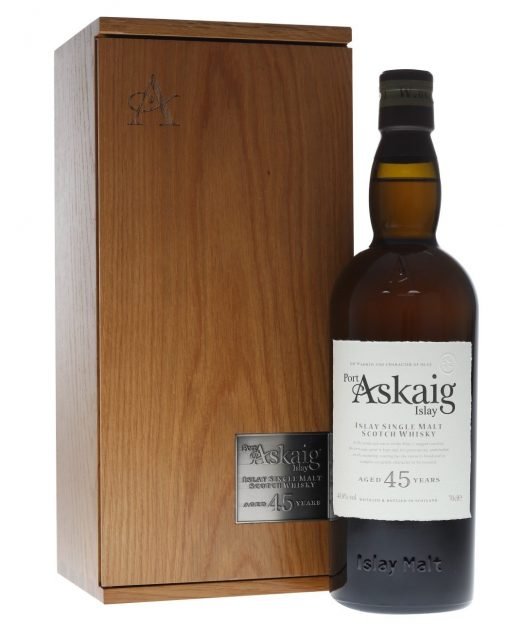 It’s time for a trilogy of new releases from Port Askaig — the negociant bottler of Islay single malt whiskies from various distilleries on the island — including the company’s oldest release yet, a 45 year old expression. We got (small) samples of each. Let’s give ’em a try.

Port Askaig 10th Anniversary 10 Years Old – A blend of sherry and bourbon casks distilled in 2008 at Caol Ila, bottled to celebrate Port Askaig’s 10 years in business. Despite its overproof alcohol level, this is a surprisingly gentle Caol Ila. The nose is barbecue-smoky but easily approachable even if you’re not a peat freak, the sherry tempering things with an orange peel note. On the palate, immediate sharp citrus leads to a melange of fruit salad notes, melding beautifully with the salty seaweed character underneath. It’s classically constructed and largely traditional in approach, and perfectly restrained. Nothing not to like here. 111.7 proof. A- / $100

Port Askaig 25 Years Old – Distillery undisclosed, as is the aging regimen, though it appears to be an all-bourbon cask bottling. A nose of shortbread cookies and a touch of lemony furniture polish kicks things off. The peat here has been dialed down to a low simmer, smoldering in the nostrils as you dig into the palate. Here, tons of fruit — again, lots of lemon — come to the fore immediately. A strong peach note also emerges alongside notes of nougat and a slightly piney character. The finish is clean and refreshing, just barely emblematic of Islay, but exotic and beautiful all the same. 91.6 proof. A / $400

Port Askaig 45 Years Old – Distilled in 1968, whereabouts undisclosed; drawn from 5 sherry casks. Here we see whiskey after it’s simply gone too far. The deep mahogany color cues you into what’s coming, and it’s not subtle. On the nose: Heavy furniture polish notes, over-roasted nuts, oily red fruits, and a significant balsamic character. The palate kicks in with much of the same, a tough, leathery nut that adds in some black pepper and molasses notes. Though slightly sweet at times, with a touch of brown sugar here and there, it’s invariably overblown and redolent with notes of petrol and polish, a whisky that’s simply getting pretty well past its prime. 91.6 proof. B / $2000 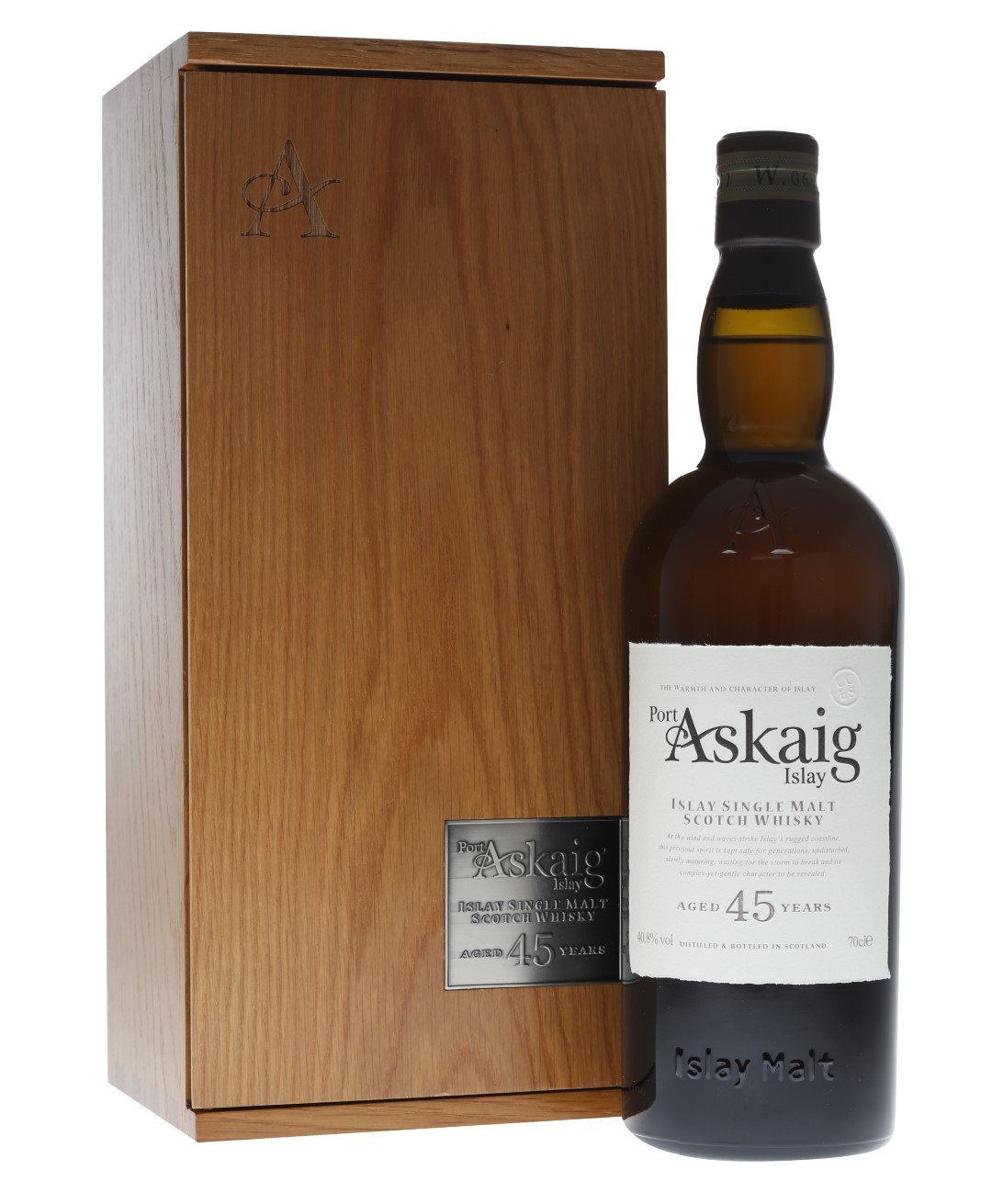