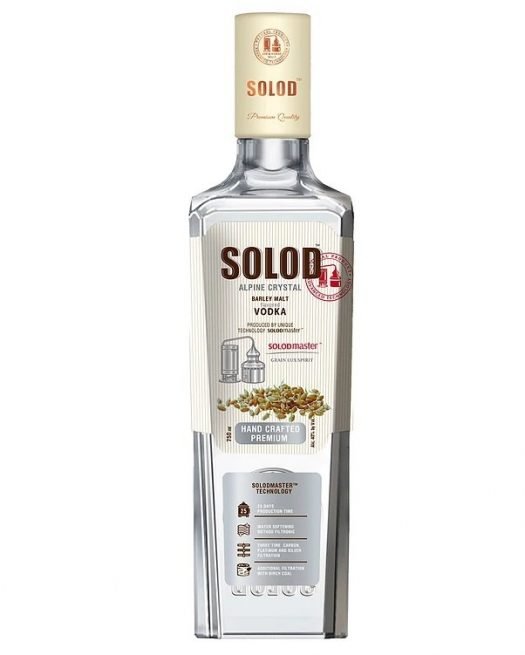 Solod is a new vodka brand from the Ukraine, and it comes in two expressions, both built around (and arguably flavored with) malted barley. It’s really weird stuff (stay tuned) but, given the price point, something that might be quite appealing to cost-conscious shoppers.

I don’t have a lot of data on exactly how these vodkas are made, but both claim that they are “produced by the unique technology Solodmaster” — which (as enumerated on the label) includes a 25-day production time, water softening, then triple carbon, silver, and platinum filtration, and a final birch coal filtration step. SOLODMASTER!

Prepare yourself! Both are 80 proof.

Solod Alpine Crystal Vodka – Formally “barley malt flavored vodka,” according to the label. Heavy-duty and somewhat industrial on the nose; salty, almost sweaty, with a clear grain influence. There’s a surprising sweetness on the palate that takes things in a different direction, though notes of canned green beans and a heavy charcoal character dominate. The finish falls back on that rustic, grassy, cereal-heavy note, offering a character closer to a white whiskey than a traditional vodka… though that is perhaps what the producers intended all along. C+

Solod Bavarian Dark Vodka – “Vodka with double malt,” as described on the label. Bavarian Dark has a more pungent composition, earthier on the nose, almost muddy, with a heavily roasted grain note that pushes toward dark chocolate. The palate lets up only slightly, with a dark caramel sweetness that is more brown sugar than simple syrup. The finish feels mildly fruity, with notes of Marasca cherries and again a touch chocolaty. This is further away from white whiskey than the Alpine Crystal expression… but closer to a flavored vodka, for better or for worse, which at least makes it more approachable. B- 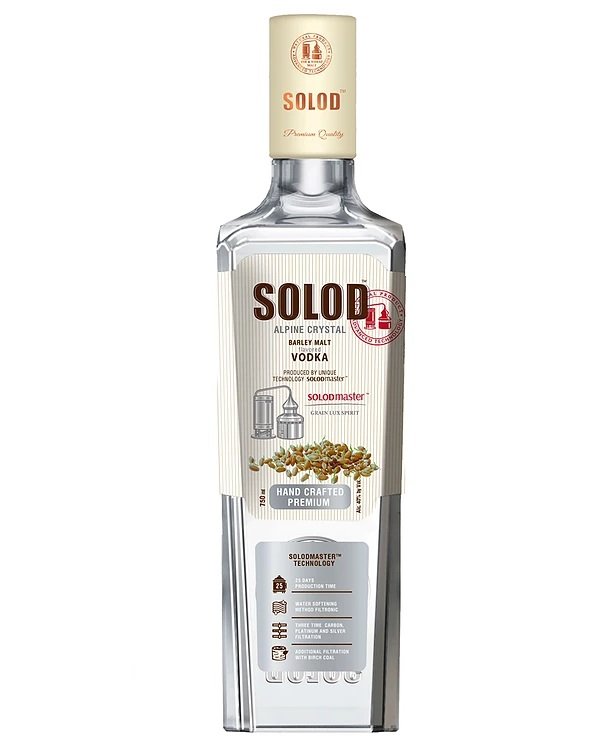