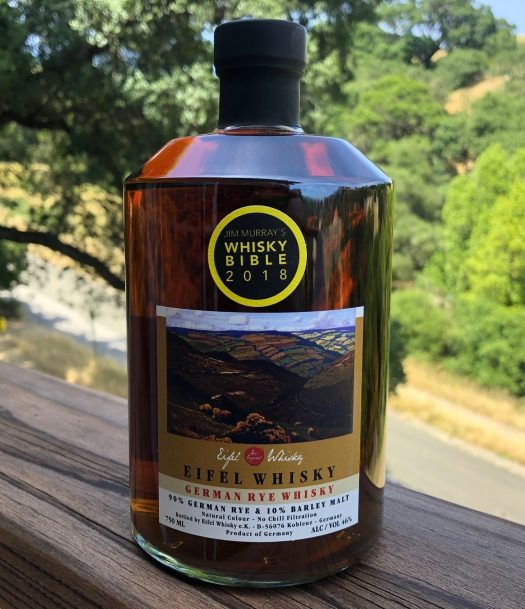 German whisky is a rarely seen thing in the U.S., but even if you aren’t considering sipping on the stuff, you owe it to yourself to check out Eifel Whiskey’s website (link at the bottom of the page), which is the most German website ever.

Based in the city of Koblenz, in western Germany, Eifel was founded in 2008 and today produces dozens of different products, with a heavy focus on using raw ingredients from Germany. Eifel double distills most of its spirits (including both of the whiskies reviewed here), first in a copper column/patent still, then a copper pot still.

We received for review the only two of the company’s products that are currently available in the U.S., a single malt and a rye. Thoughts on each follow.

Eifel German Single Malt Whisky – This whisky is made from 100% unpeated barley malt (aged at least 4 1/2 years in red wine barriques as well as acacia barriques, then finished for a year in sherry casks), but on the nose you’ll immediately find it to be quite smoky — and surprisingly complex, with notes of old wine, molasses, and black tea. A light maple character — just hinting at sweetness — emerges with time exposed to the air. The palate is very dry, the black tea note again popping immediately, along with notes of black olive and more of that smoke, coming across here like a lingering brush fire. The finish is lengthy and, again, quite dry and drying, that smoke refusing to yield but nonetheless making for an oddly compelling experience. B+ / $56

Eifel German Rye Whisky – 90% German rye and 10% barley malt. Aged at least one year in a combination of new and used oak/acacia barrels. This whisky isn’t just born of a different composition, it’s a much younger spirit, too. I catch notes of fish sauce amidst the significant wood aromas — giving it a sharp and surprisingly Eastern inflection, with hints of mixed florals and some baking spice. The palate doesn’t really find that maritime influence, offering instead a sweeter composition, falling back on notes of maple, vanilla, and brown sugar to give the whisky a lip-smacking, sugary coating. It’s actually a bit much at times, damping notes of orange peel and baking spice. The finish continues to see its dessert-like qualities rise in stature, with notes of tapioca pudding and butterscotch set against a curious backdrop reminiscent of old wine. B / $57 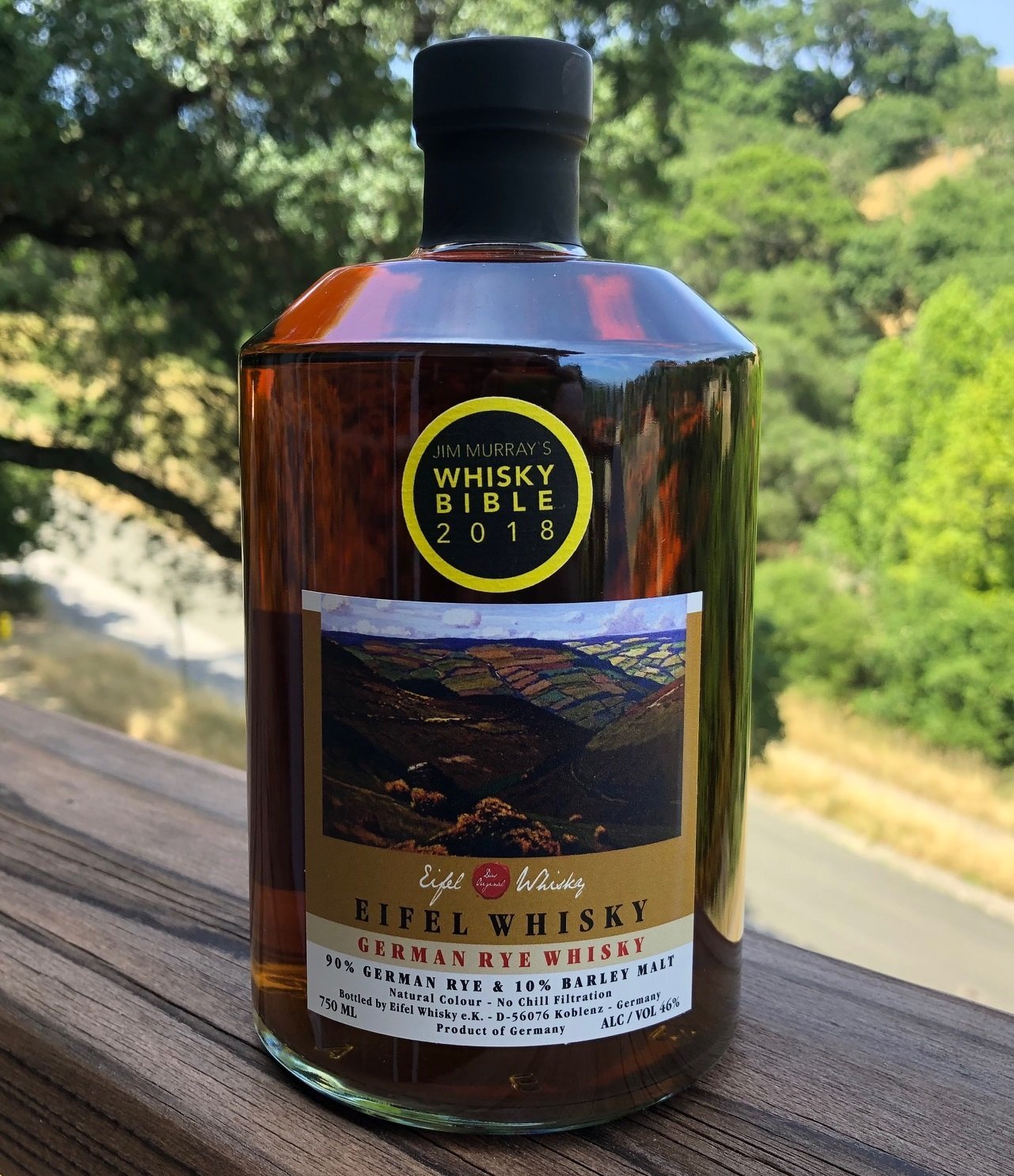