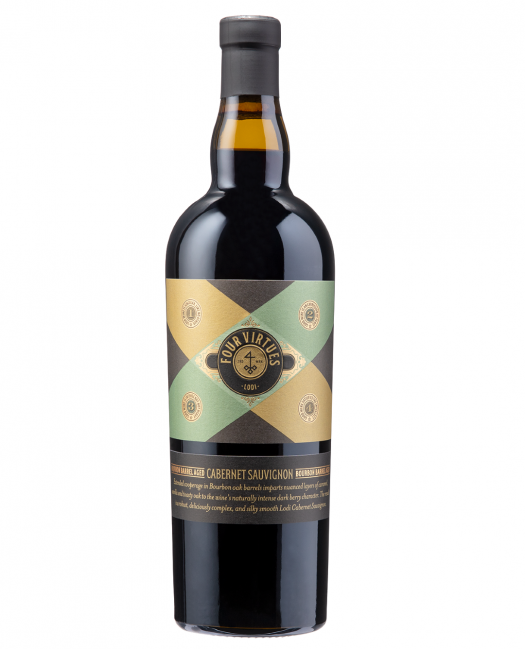 Four Virtues is (another) Rutherford Wine Company sub-brand, with a focus on bourbon-barrel aged wines. We review one of these below, along with a standard, bourbon-free pinot noir.

2016 Four Virtues Cabernet Sauvignon Lodi Bourbon Barrel Aged – Lodi cab, finished in heavy-char bourbon barrels for 1 to 3 months. The whiskey sits heavy on this wine, as is typical of the nascent style, loading it up with vanilla and brown sugar notes to the point where it can initially strike the palate as more of a fortified dessert wine. I take it on faith that the actual wine in here is cabernet, its heavy, sweet currant and black cherry character seemingly disconnected from any specific varietal. Lodi cabs can be quite sweet to begin with, and the bourbon barrel pushes that over the top, leading to a finish that is quite saccharine and gummy, causing me to enjoy this wine less and less over time. D+ / $18

2017 Four Virtues Pinot Noir Monterey County – A bit pruny and dense, this pinot offers a gentle eucalyptus character backed up by notes of raspberry jam, dark chocolate, and some spice elements. Coming off as more of a Russian River pinot in style, that black fruit gives the finish a weighty, almost beefy note that takes an initially fruit-forward wine into unnecessarily dark territory. B- / $15 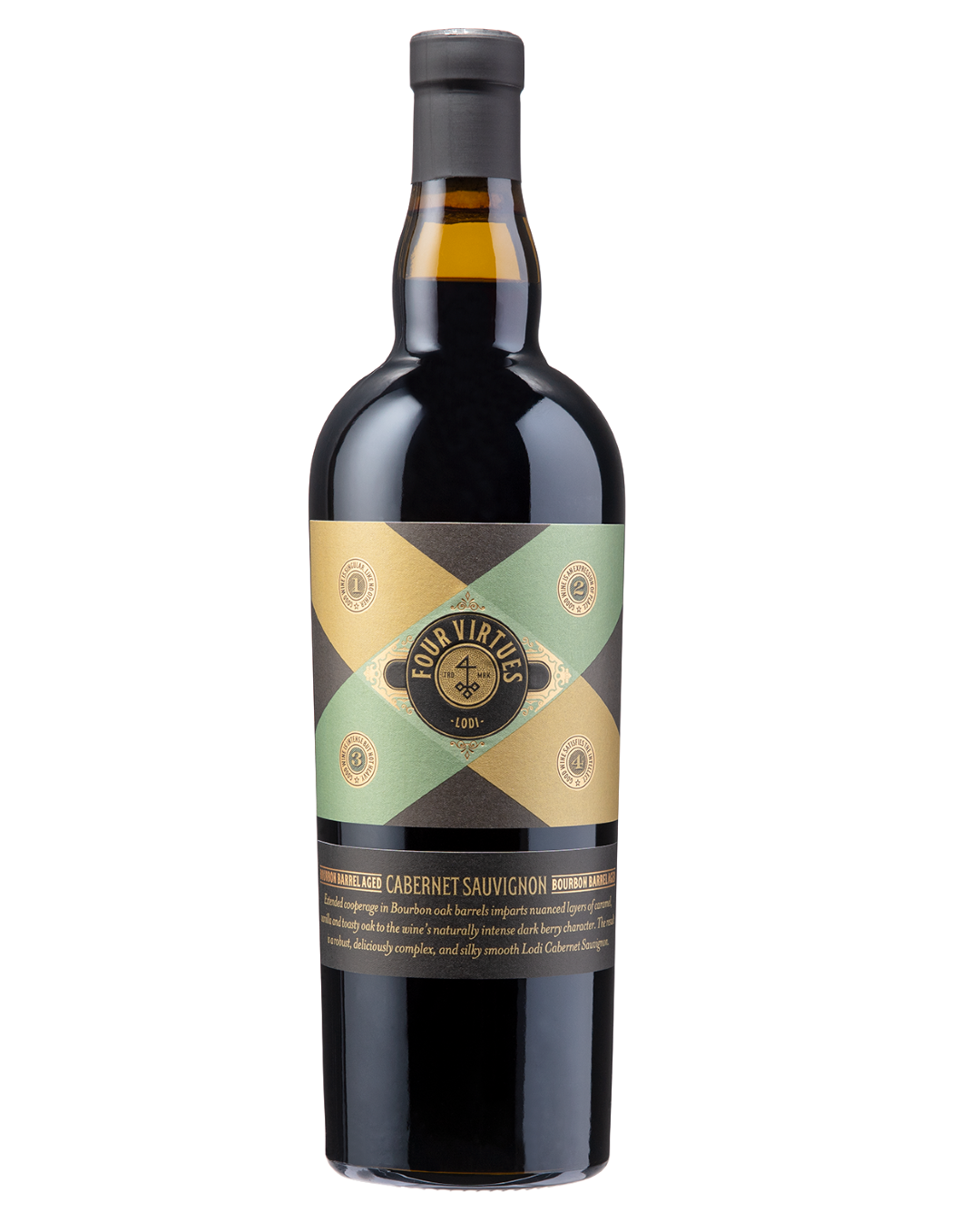