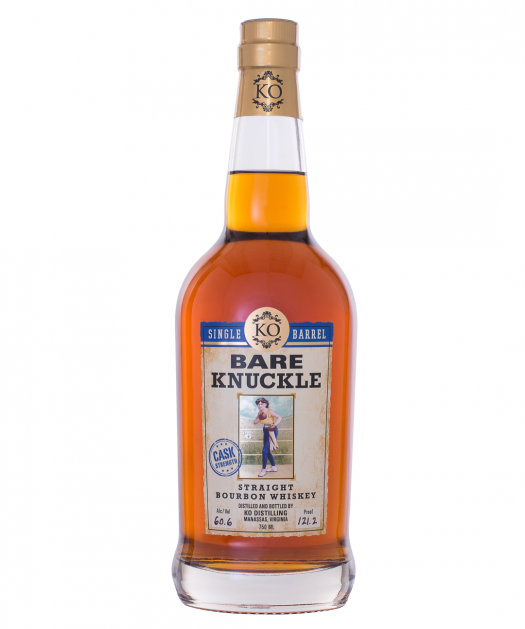 Bare Knuckle is a brand from Manassas, Virginia-based KO Distilling, and the outfit produces (among other spirits) a range of young whiskeys made from local grains, all of which we reviewed early last year. Now the Bare Knuckle brand is expanding by rolling out cask strength, single barrel versions of its three core whiskeys — bourbon, rye, and wheat. Today we take a look at this complete trilogy (all aged in full-size, new oak, #3 char barrels). Let’s dig in.

KO Distilling Bare Knuckle Straight Bourbon Whiskey Single Barrel – This is made from a mash of 70% corn, 20% wheat, and 10% malted barley, aged 34 months in oak. The nose is as burly as one would expect from youngish, cask strength bourbon: a classically toasty barrel char, meaty notes, and notes of cola dominate. On the palate, things are a bit tough and surprisingly smoky, with more heavy char and bacon notes dominant. Some maple notes and a curious torched banana note add a bit of sweetness, but otherwise this is a pungent, intense whiskey that needs time (and or water) to settle down. 122.6 proof. Reviewed: Barrel#15-118. B+ / $56 [BUY IT NOW FROM DRIZLY]

KO Distilling Bare Knuckle American Rye Whiskey Single Barrel – 100% rye, 32 months old. Bare Knuckle’s rye is my favorite of its standard expressions, and the same opinion follows through to the single barrel offerings. Big on the nose with notes of tobacco and spices, it’s loaded up with elements of cinnamon and menthol cough drops, with ample wood character running through it. The palate offers even more intense spices, with cloves, red pepper, and a huge eucalyptus note becoming quite pushing at times. Notes of orange peel lead into the spicy, warming, and quite lengthy finish. Lots going on here, but it’s worth taking the time to explore all of it. 128.2 proof. Reviewed: Barrel #16-023. A- / $66 [BUY IT NOW FROM DRIZLY]

KO Distilling Bare Knuckle American Wheat Whiskey Single Barrel – Made from 60% wheat, 30% rye, and 10% malted barley, aged 28 months. In keeping with the theme, this one’s quite burly on the nose, heavy with barrel char but also loaded with evergreen notes, tobacco, and gentle milled and roasted wheat underneath all of that. The palate is quite aggressive, fueled by char-‘n’-tar, burnt caramel, and dark chocolate. An interesting flambeed banana note — much like that present in the bourbon — is also evident on the semi-sweet — and quite lasting — finish. 122.7 proof. Reviewed: Barrel #16-101. B+ / $50 [BUY IT NOW FROM DRIZLY] 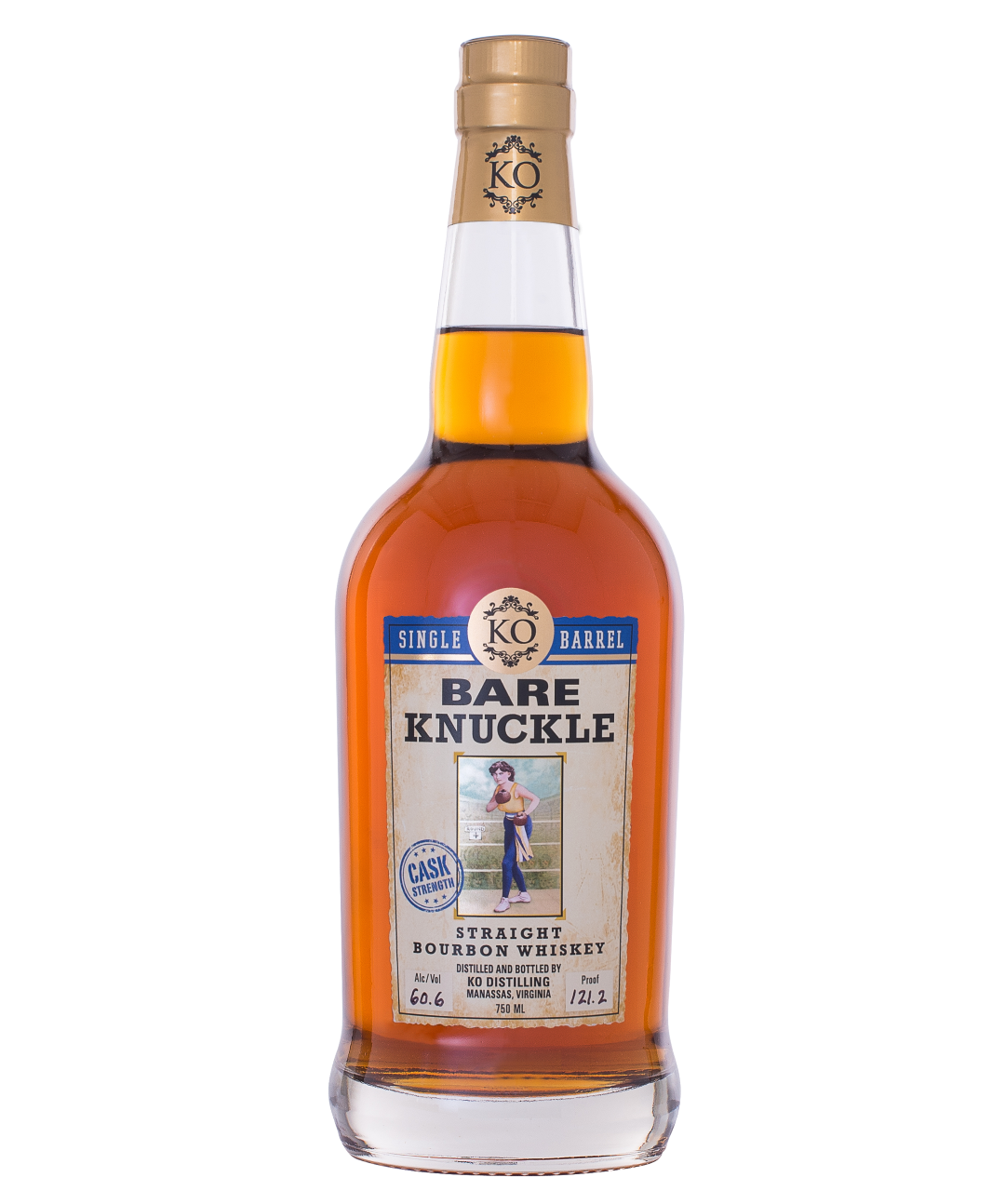