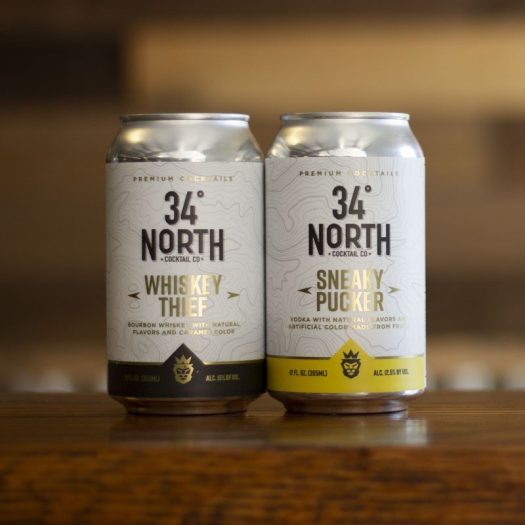 34 North is a new sub-brand from Wheeler’s Raid, a Tennessee-based craft distillery. 34 North focuses on ready-to-drink canned cocktails — and with a considerably higher alcohol level than the typical RTD offering.

Let’s crack open the first two products in this lineup.

34 North Sneaky Pucker – A tart concoction consisting of vodka, lavender simple syrup, and lemonade. Sour lime, not lemon, notes dominate the experience here, with the lavender lending a vaguely soapy character to the experience — which is not uncommon when lavender is in the mix. The finish is rather floral, but with a significant lime peel note hanging on to the tongue — which is less refreshing than I’d hoped for. 12.5% abv. B-

34 North Whiskey Thief – “Expertly aged Bourbon, a special blend of bitters and a hint of orange.” This is meant to emulate an Old Fashioned, but its extreme sweetness makes it come across more like a flat bourbon and Coke, featuring notes of bubble gum, sweet tea, and cinnamon-heavy soda. The finish showcases ample bitterness, leaving off with an almost peppery character that feels out of place. 15% abv. C+ 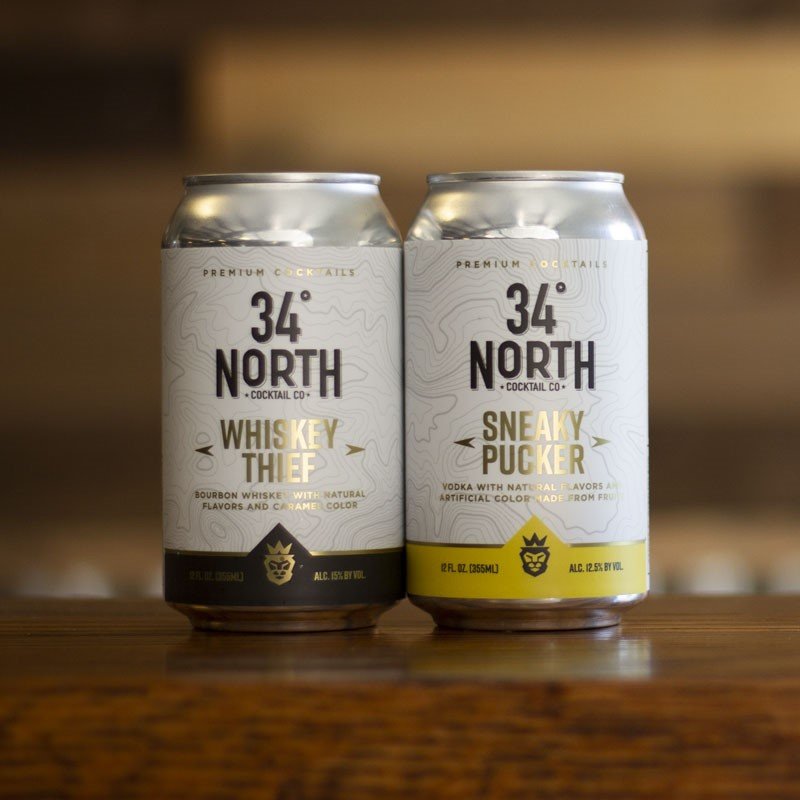