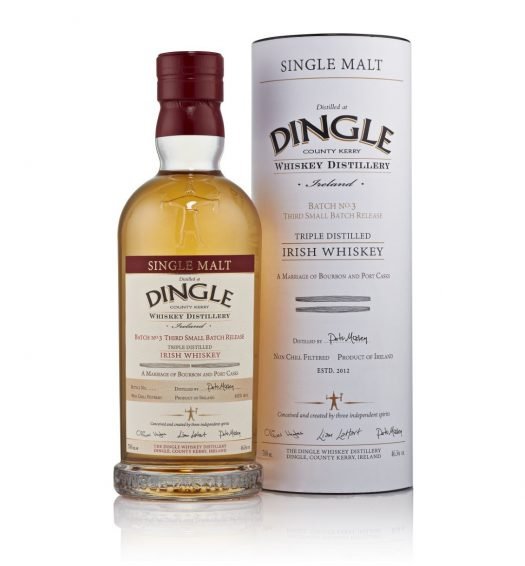 In case you missed it, distilling is huge in Ireland now, thanks to the unexpectedly heavy demand for Irish whiskey that has been building over the last decade. Part of this new vanguard is the Dingle Distillery, which opened in 2012 in in Kerry, Ireland. Dingle doesn’t just make whiskey, it also makes vodka and gin — and its Irish whiskey releases have all, to date, been batch numbered (which is important, since the barrel regimen for each release is different).

We looked at all three of these spirits, including the third batch of Dingle’s namesake Irish Whiskey.

Dingle Vodka – “Quadruple-distilled before a fifth distillation in Dingle’s Copper Pot Still “Oisin,” Dingle Vodka is produced in small 500-liter batches.” The nose here is a bit doughy, honey-sweet, with lots of florals in the mix. These particularly develop over time, as does a fairly earthy, coal-dust character. The palate is quite sweet, with buttery brioche notes and caramel sauce, followed by a lightly medicinal astringency — a bit of a relief after the somewhat sugary buildup. The finish is a bit of both worlds — alcoholic heat, plus a fair amount of sugar. 80 proof. B / $50 [BUY IT NOW FROM CASKERS]

Dingle Original Gin – “Produced in Dingle’s own Copper Pot Still “Oisín,” Dingle Original Gin is a London Dry-style gin that features a unique character through its selection of locally foraged botanicals, including; bog myrtle, hawthorne, chervil and heather to provide a taste of Kerry’s landscape. Collected at 70% abv and cut to 42.5% using pure water from Dingle’s own well 240 feet below the distillery, Dingle Gin is chill-filtered.” Despite its unique botanicals, this is a fairly classic gin in the London Dry style, sharp with juniper on the nose, and also featuring lots of citrus peel and some black pepper notes. The palate is surprisingly dialed back on the herbs, its sweetness recalling that which is present in the vodka. Some cinnamon and clove notes emerge ahead of the clean, juniper-heavy finish. While this gin never travels far from expectations, it does the trick in any number of gin-centric environments. 85 proof. B+ / $50 [BUY IT NOW FROM CASKERS]

Dingle Single Malt Whiskey Batch No. 3 – “Dingle Whiskey is distilled using the best Irish malted grain in a timber mash tun, before being transferred into timber fermentation tanks (one of only two distilleries in Ireland at this time to process in this manner). Distillation takes place in three distinctive, hand-crafted Forsythes copper pot stills, which feature a unique design that incorporates a large boiling ball to encourage reflux, resulting in smooth, pure spirit.” This batch is aged in a combination of bourbon and Port barrels. The nose will be familiar to any Irish fan, lots of honey and caramel sauce, with heathery, fragrant, and fresh granary notes. The palate is sweeter, with the Port barrel influence evident up front, where it shows a light raisin character. As it evolves on the tongue, the whiskey falls back to a more traditional Irish note, again leaning on caramel and a touch of leathery barrel char, with a hint of lemon peel on the finish. Nice stuff, but not worth 100 bucks. 93 proof. B+ / $100 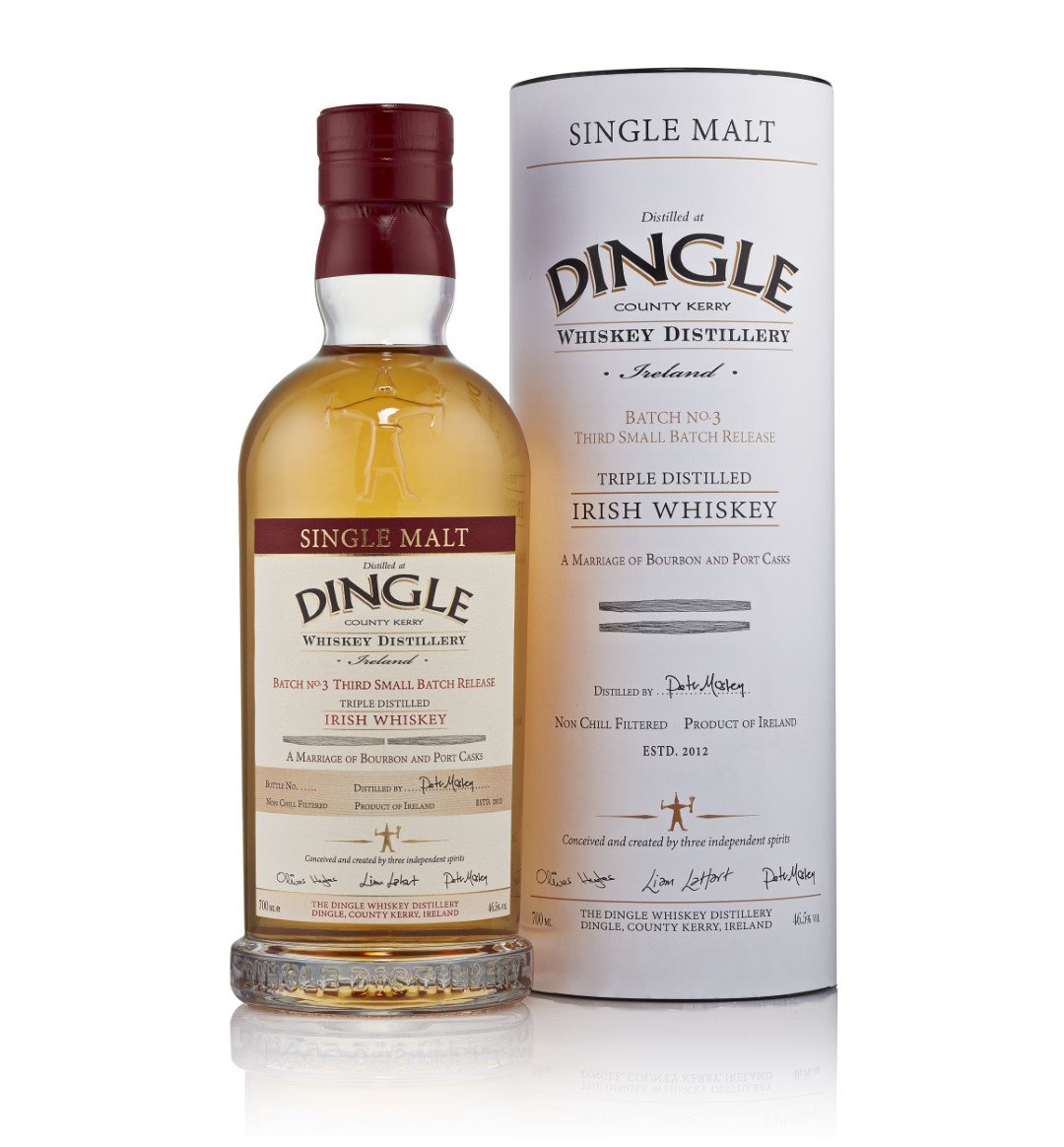 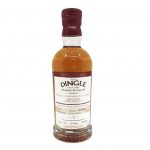