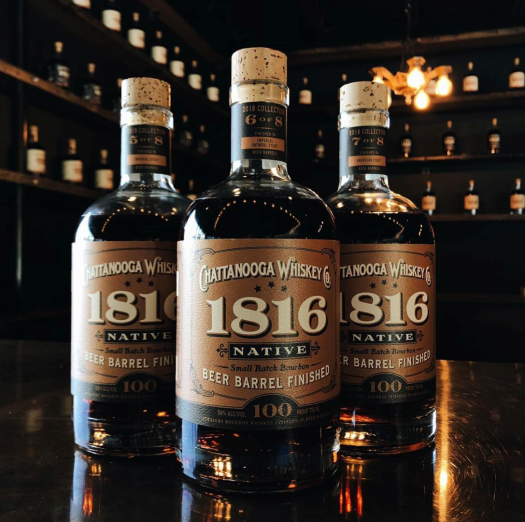 In the three years since we’ve reviewed the primary wares of Tennessee-based Chattanooga Whiskey Co., the distillery has launched a new line of products. It’s so-called 1816 Native Series is a line of whiskeys that are finished in barrels sourced from various breweries. Reviewed here is the 8th release of the series, with the whiskey finished in Three Taverns’ Imperial Milk Stout barrels. The whiskey starts off as standard 1816 Reserve mash — 75% corn, 21% rye, and 4% malted barley — which is sourced from MGP and is aged in barrels for anywhere between 2 and 10 years of time. The whiskey is then finished in a now-classic “barrel swap” fashion. Used Chattanooga barrels are sent to the brewery, which uses them to age beer. Once that’s done, they’re sent back to Chattanooga to be used for finishing whiskey again.

If you’ve encountered beer barrel finished whiskey before, you know roughly what you’re getting into here.

The nose is hoppy, with notes of red pepper and cloves emerging, but a slightly stale beer note lingering for quite a while, giving the whiskey a somewhat earthy, vegetal, and sometimes sweaty character. The palate takes a somewhat different course, with a bold rush of sweetness up front, followed by cinnamon Red Hots, some of the hallmark flavors of the Chattanooga 1816 Reserve bottling. More hops plus notes of cloves and sweet butterscotch follow, but the beer influence is heavy throughout the experience. The finish is honey-sweet, with more butterscotch lingering and a kind of sugary breakfast cereal character hanging on at the end. At last the hops fade away, leaving the drinker with a bit of sugar on the tongue, and ample time to ponder an overall rather complex and powerful experience. 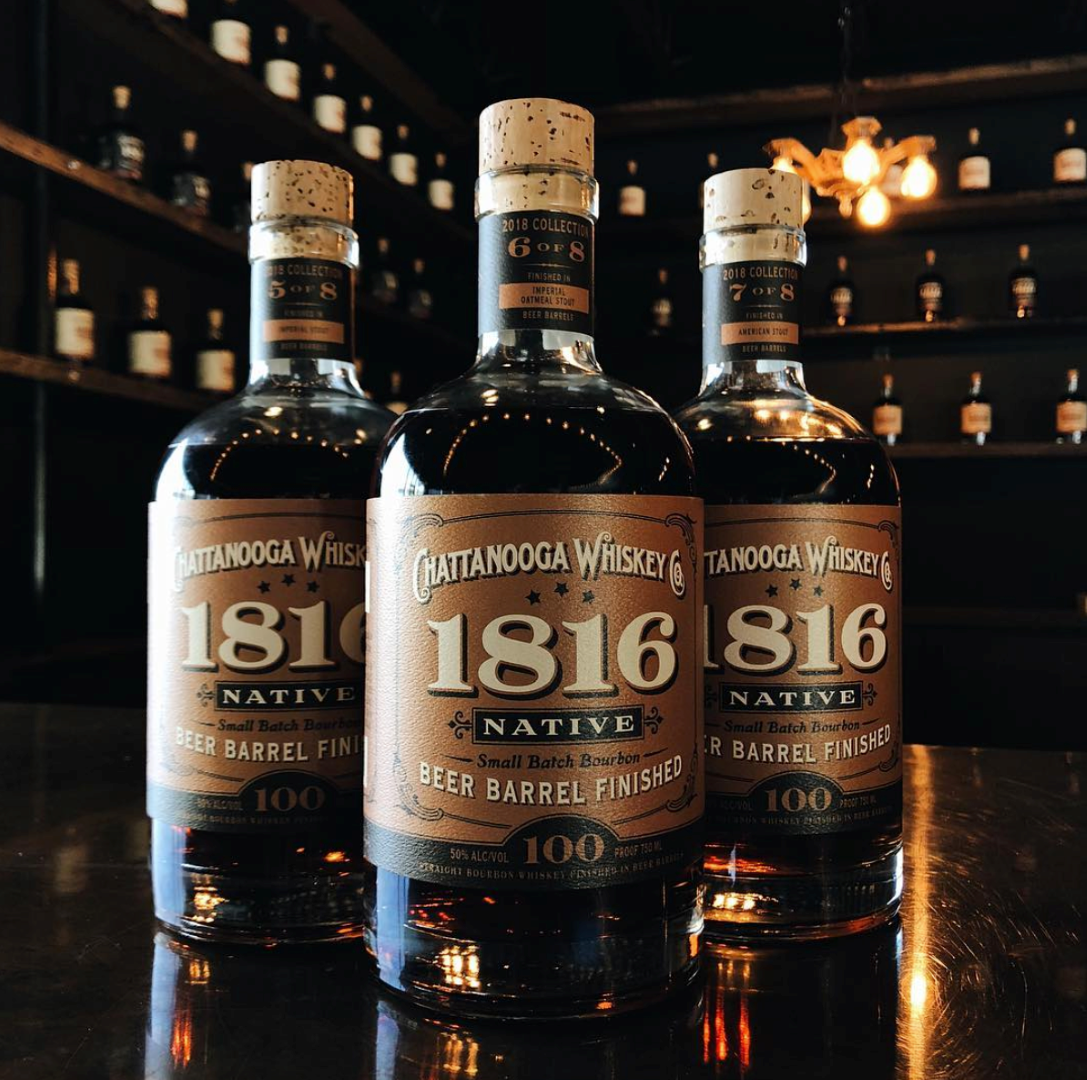