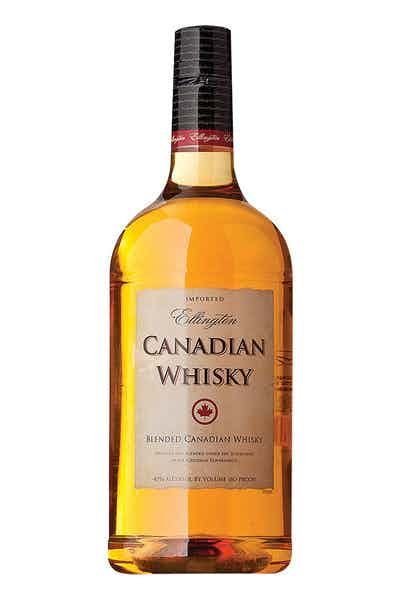 We previously mentioned Ellington in our Drinking the Bottom Shelf series; the brand seems to be an exclusive bottling for Total Wine stores. We thought we’d take a deeper (or at least a separate) dive into this spirit, looking at a 2018 bottling — which is to say, a plastic mini we picked up at Total Wine for a buck — as well as the Ellington Reserve offering.

Ellington Blended Canadian Whisky (2018) – Unusual for Canadian whisky, the nose is surprisingly heavy with wood at first, becoming almost sawdust-like at times. As this blows off, I also pick up some curious notes of incense, lilac, and sandalwood. Lots of maple on the tongue presents a more iconic, Canadian character, the sweetness doing battle with an emerging raw alcohol note that slowly replaces the wood character. Hints of bubble gum and an emerging cola note sweeten up the finish further, though the somewhat throat-searing ethanol character starts to get a bit heavy here. I’m not sure if Ellington’s recipe (i.e. more oak extract) has changed in recent years, but the current incarnation is at least reasonably approachable. That said, serious drinkers won’t want to use this for anything other than a punch mixer. 80 proof. C+ / $11

Ellington Reserve Canadian Whisky 8 Years Old – Wow, a real age statement, and an 8 year old one, at that. That’s 2 dollars a year! Somewhat similar to the standard bottling, though here more of a raw alcohol note permeates the nose. The woodsy element is dialed back quite a bit, perhaps in the hopes that more sweetness would shine through. It never really does, its butterscotch notes veering more toward saccharine bubble gum. There’s a curious rose-dusted perfume note here that doesn’t really meld with everything else. Somehow I like this rather less than the cheap(er) stuff. 80 proof. C / $16 [BUY IT NOW FROM DRIZLY] 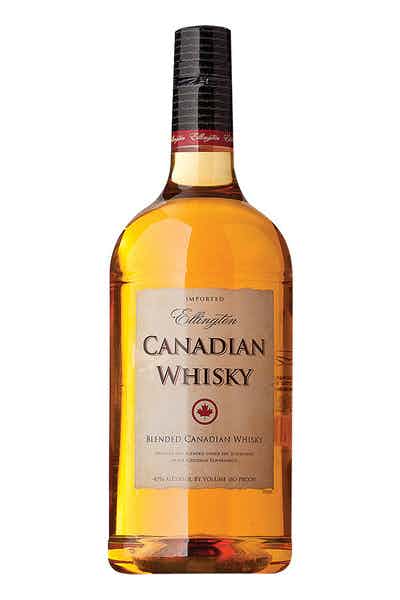