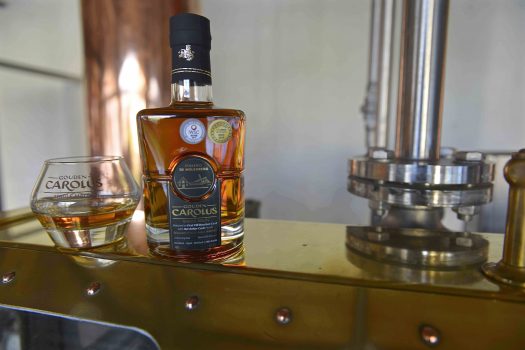 The newly released Gouden Carolus Single Malt is distilled from the mash of Gouden Carolus Tripel beer. Says the company: “A first for Belgium are the hand hammered, copper pot stills, in which the pure mash is distilled. The ensuing aging in first fill Bourbon casks followed by a further aging in ‘Anker’ casks (oak casks re-wooded by the cooper according to the distillery’s own specifications) results in a refined whisky with a rich and balanced taste.”

After experiencing this unique spirit at a recent whiskey event, we got the opportunity to do a more thorough review at Drinkhacker HQ. Let’s dig in.

The whisky is initially incredibly sweet on the nose, though it’s cut with a sharply hoppy note reminding you that this began its life as a beer. There’s floral notes, citrus peel, and some coriander in the aromatic mix, but it’s the hop character that does the heavy lifting, giving the nose a grassy pungency that cuts through that honey sweet element.

The palate sees a similar dichotomy: A rush of sugar syrup, quickly followed by notes of citrus peel, evergreen branches, and some petrol. Notes of brown sugar keep the finish focused on sweetness, though there’s an enduring cereal-heavy, hoppy note that makes you long for a glass of that tripel.

Retasting 1/16/2020: After Ruben’s comment below, I requested a fresh sample of Gouden Carolus to taste. He’s right that there are no hops or other additives in the mash, yet I have to say it still evokes hops to me on the nose. Not bitter, resinous IPA hops, but rather floral, citrus-laced hops that have a distinctly bittersweet character to them. Grassy and honeyed aromas again coming through, but not catching coriander this time around, but the grassy notes are easily mistaken for herbs. On the palate I see less of what I initially identified as a “hop” element, though the heavy malt component, almost approaching burnt caramel at times, evokes the notes of the beer-heavy mash. Unctuous and quite sweet on the finish, with a rounded breakfast cereal note. If I were to rate it today, I’d probably nudge it up to a B+. 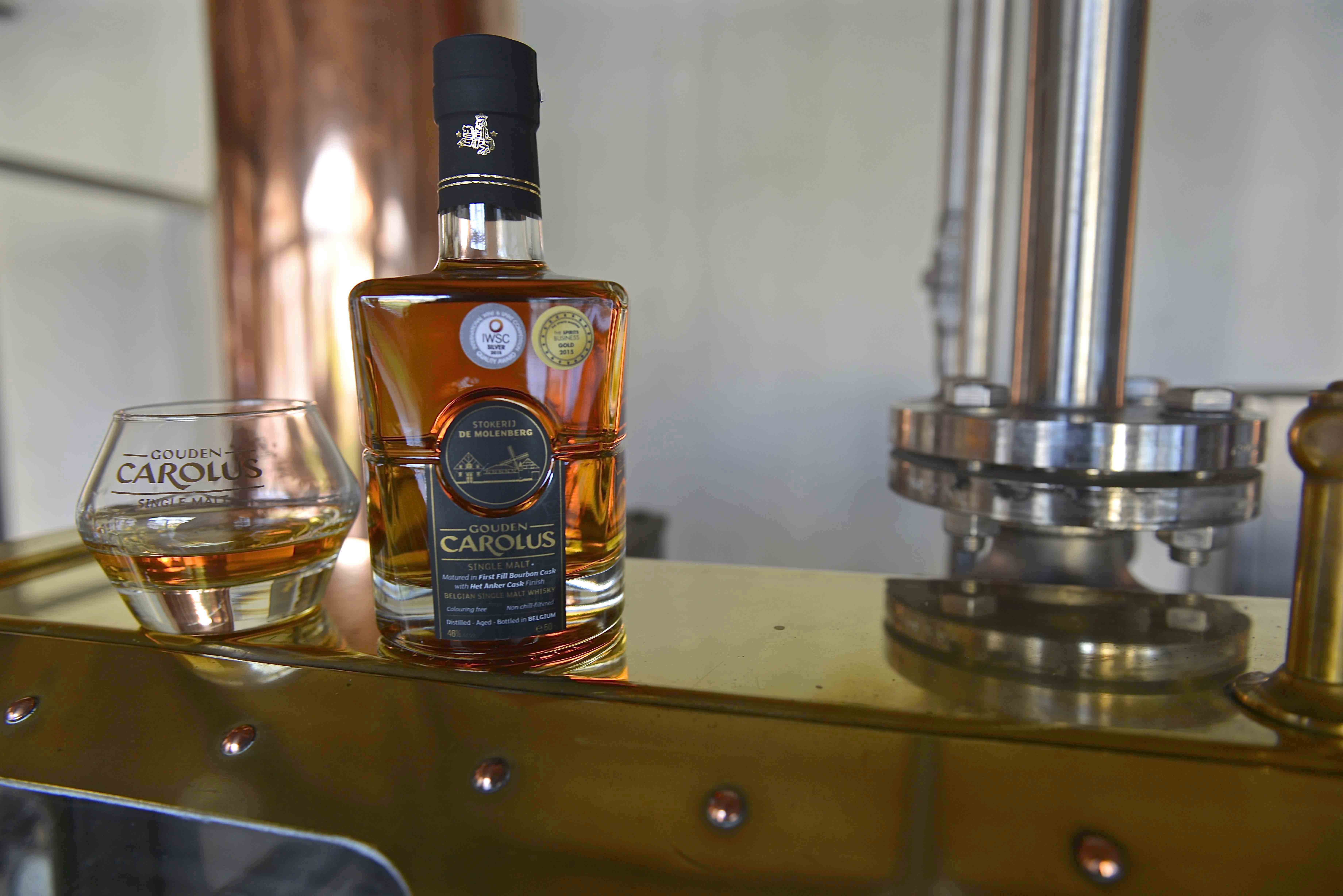