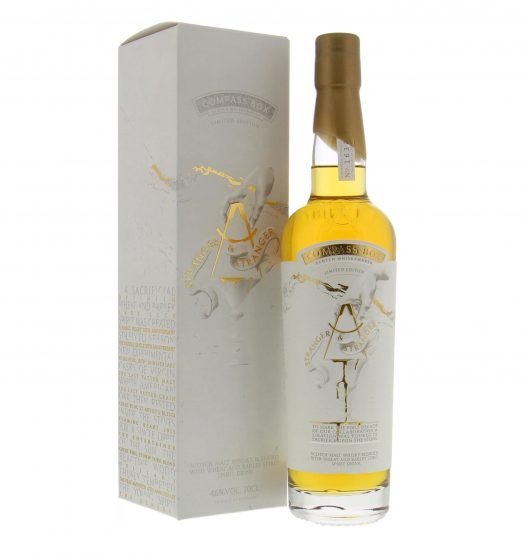 The blending wizards at Compass Box have recently turned out two new products, both wide-ranging blends with not insignificant price tags. Let’s dig in.

Compass Box Stranger & Stranger – An especially kooky blend from Glaser and Co., the most bizarro component of this spirit is the use of a small amount of one-year-old grain spirit from Girvan that had previously been used to season some barrels. That’s enough to make it lose the “Scotch whisky” name: Instead it’s “Scotch malt whisky blended with wheat & barley spirit.” That’s only 1% of the blend, however. The rest is malt from Glenlossie (80%, re-charred hogshead), Glen Elgin (14%, re-charred barrels), and Linkwood (5%, sherry butts). That addition of 1% of virtually unaged whisky — well, it doesn’t seem to do much to what is otherwise a top-shelf blend. Lightly smoky, grassy, and woody on the nose, the whisky comes into its own with a bold and mouth-filling palate that’s bursting with vanilla and caramel notes, an almost Calvados-like apple character, and notes of dried plums and raisins as it develops in the glass. The finish is drying, showcasing some of that orange peel-driven sherry character, with hints of coconut and butterscotch lingering on the back end. 92 proof. A- / $200 [BUY IT NOW FROM CASKERS]

Compass Box Flaming Heart 2018 Limited Edition – We last formally reviewed Flaming Heart in its 2015 release. 2018’s limited edition is the sixth installment of the whisky. This increasingly complex blend includes six different whiskies (two of which are blends themselves), and reintroduces sherry-aged whisky, last seen in 2012, into the mix. It’s all malt whisky, no grain spirit, with the bulk coming from Caol Ila, Deanston, and Clynelish. Check out Compass Box’s website if you want the entire, exhausting rundown. The nose feels restrained, the Caol Ila dominating and pouring on ample peat and smoke, though some fruit manages to percolate underneath. The palate sees a few twists: It’s heavy on the smoked kippers and iodine but finds more room for some nougat, brown sugar, and a sweet orange marmalade note that tempers the smokier qualities fairly well. Quite racy at full proof, water isn’t a bad call, helping to bring out some more floral, spice-driven elements. 97.8 proof. B+ / $130 [BUY IT NOW FROM DRIZLY] 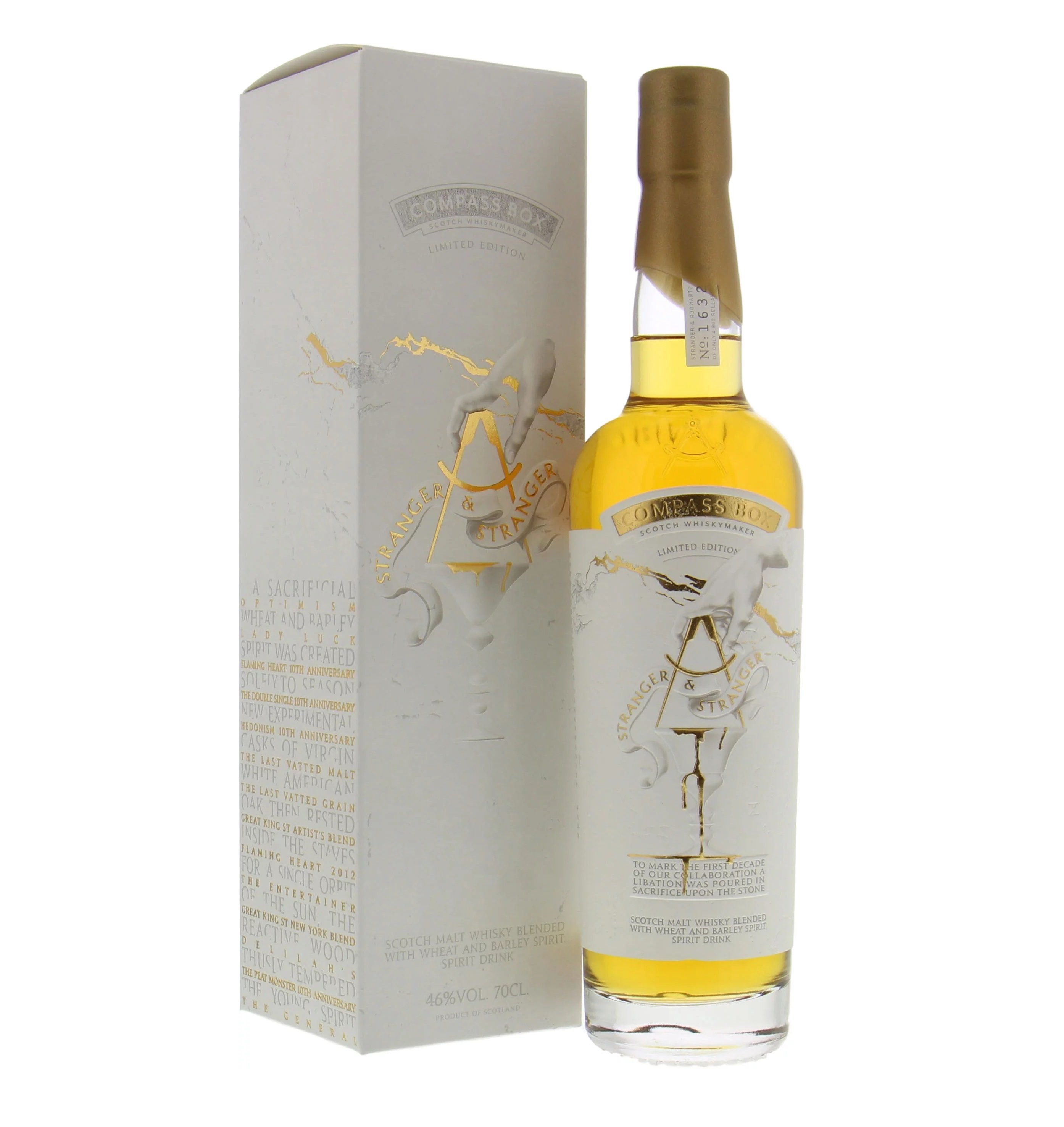 Review: Compass Box Flaming Heart 2015 and This Is Not a Luxury Whisky