May 19, 2019/Christopher Null/No Comments
Port & Sherry Rated A- Rated B Rated B- Rated B+ Reviews Wine 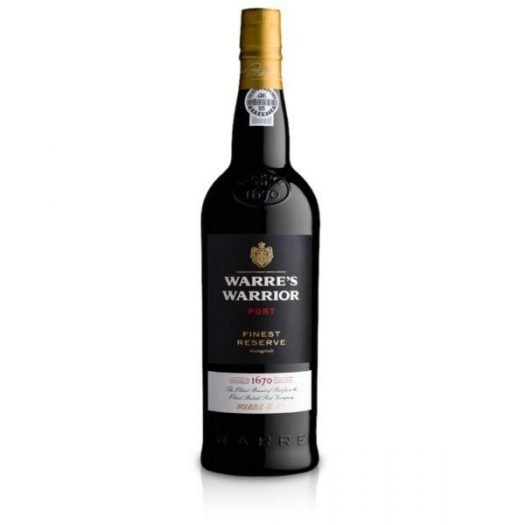 Today we’re taking a belated look at four of the Port wines of Warre’s, one of the major Port houses, including its most widely-known expression, Warrior. We’re also looking at a fresh bottle of the 10 year old Otima Tawny, a wine we’ve reviewed three separate times in the past. These are all nonvintage bottlings, of course.

Warre’s Warrior Port – This is Warre’s most widely-known ruby, a fresh and approachable blend sourced from three of Warre’s estates: Quinta da Cavadinha, Quinta do Retiro, and Quinta da Telhada. Young and quite sweet, it’s loaded with juicy raisin and some cherry notes, with hints of orange blossoms on the nose. A mix of dark and milk chocolate notes emerge on the back end, along with a surprisingly acidity. It may not be entirely serious, but it’s totally drinkable — and widely available for far less than its MSRP (a whopping $46), making it a very solid value. B+ / $15

Warre’s Heritage Ruby Port – This bottling is also a ruby sourced from the same vineyards as Warrior. Somewhat younger than Warrior in age, it’s a bit rougher around the edges, and less sweet, with notes of graphite, leather, and some forest floor notes. It’s got more of a prune character to it than a raisin one, with less nuance all around than Warrior. B- / $16

Warre’s King’s Tawny Port – This fairly youthful tawny feels awfully thin on the palate, its light raisin and dried cherry note informed by a modest licorice and baking spice character. The trademark wood and oxidization of tawny isn’t wholly evident here, which when coupled by the fairly blunt sweetness makes the finished product drink more like a “ruby lite” than a classic tawny. B- / $15

Warre’s Otima Tawny Port 10 Years Old (2019) – This tawny is an archetypal rendition of tawny at this age, heavy on raisin and dusky spices, but also pungent with oaky notes. Otima 10 kicks off with gusto and a lovely balance between these two worlds, but the tannin from the wood quickly overwhelms the wine’s fruit characteristics, leading to a finish that rapidly degrades from raisiny-sweet to intensely leathery. I like this considerably less today than I have in recent years. B / $22 (500ml)

Warre’s Fine White Port – White port is almost never something you can find in the U.S., but the Portuguese are fully on to its charms, particularly when used as a mixer with tonic. White Port is also excellent on its own, and Warre’s version strikes a solid balance between sweet white grape notes and a slightly sour, astringent character. Notes of melon, white flowers, and some coconut add nuance, though the finish feels a touch gummy. A- / $18