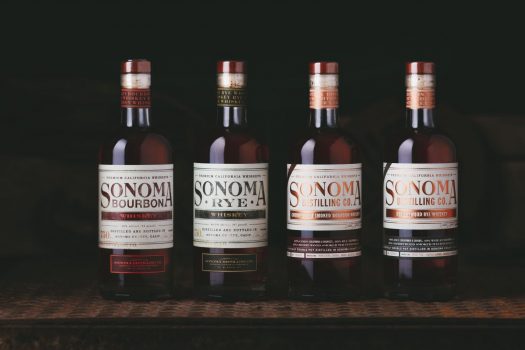 We’ve covered the whiskeys of Sonoma Distilling several times (see reviews from 2016 and 2015) — but it’s challenging to keep up with the company because it keeps tweaking things here and there. Given that, we felt it was time to do a full roundup of the company’s products — which have now settled into four offerings — as they stand as of early 2019. You’ll find a common theme running through these thoroughly California-centric products, namely in the form of an intensely rustic, woody streak that is never very far away when tasting.

Sonoma Distilling Bourbon – Made from a mash of 70% corn, 25% wheat, and 5% malted barley. Aged a minimum of 15 months; a “majority of blends” are at least 2 years old. This whiskey is immediately engaging and lightly sweet, with a big slug of sweet corn and spice on the nose. This blows off fairly quickly, though, revealing the hefty lumberyard influence underneath. That follows through to the palate, where a lovely caramel corn note kicks things off, only for a quite burly sawdust character to quickly take over. It’s a tough thing to shake, and it’s at its strongest on the finish, where hints of cloves and graphite at least add some spicy nuance. 92 proof. B- / $40 [BUY IT NOW FROM DRIZLY]

Sonoma Distilling Rye – 80% rye and 20% malted rye; same aging regimen as the above. Again, the nose is engaging, and light on its feet with notes of graham cracker, cinnamon, nutmeg, and eucalyptus. The palate is extremely heavy on the wood, however, even more so than the bourbon, though if you soldier through the stacks of lumber you will find ample rye spice notes, ranging from cinnamon to caraway, which lingers on the finish like you’re biting into a savory cracker. Again there’s a clove element here which adds a gritty, almost pungent element to the conclusion. 97 proof. B / $45 [BUY IT NOW FROM DRIZLY]

Sonoma Distilling Cherrywood Rye – This unusual rye expression is made with 80% unmalted rye, 10% wheat, and 10% cherrywood smoked barley. Again, same aging regimen. Smoke is not an element I would have said was something needed in any of Sonoma’s products, and sure enough it really takes a dominant role on the nose. It’s pungent with notes of green, smoldering wood mixed with aromas of dark cherries and some dusky spices. The palate is quite dense and leathery, instantly smoky with notes of burning tree limbs, eucalyptus, and an almost overwhelming lumber mill note. Hints of cloves (a running theme here) and dark chocolate are whisked away almost immediately. 95.6 proof. Reviewed: Batch #CR03AV. B- / $50

Sonoma Distilling Cherrywood Smoked Bourbon – Again, here’s a considerably different recipe from the standard bourbon: 67% corn, 20% rye, and 13% cherrywood smoked barley. (Why this expression gets “smoked” in the name, I’m not sure.) Same aging. The smoky aroma here is more industrial, with notes of tar and coal smoke, effectively masking everything underneath. The palate again finds some classically bourbonesque sweetness to hang onto, and it’s surprisingly less fleeting than the standard-issue bourbon. Hints of butterscotch and caramel give this rendition of Sonoma’s bourbon a bit of a lift, with some cola and vanilla notes evident on the finish. 95.6 proof. Reviewed: Batch #CB04AV. B / $50 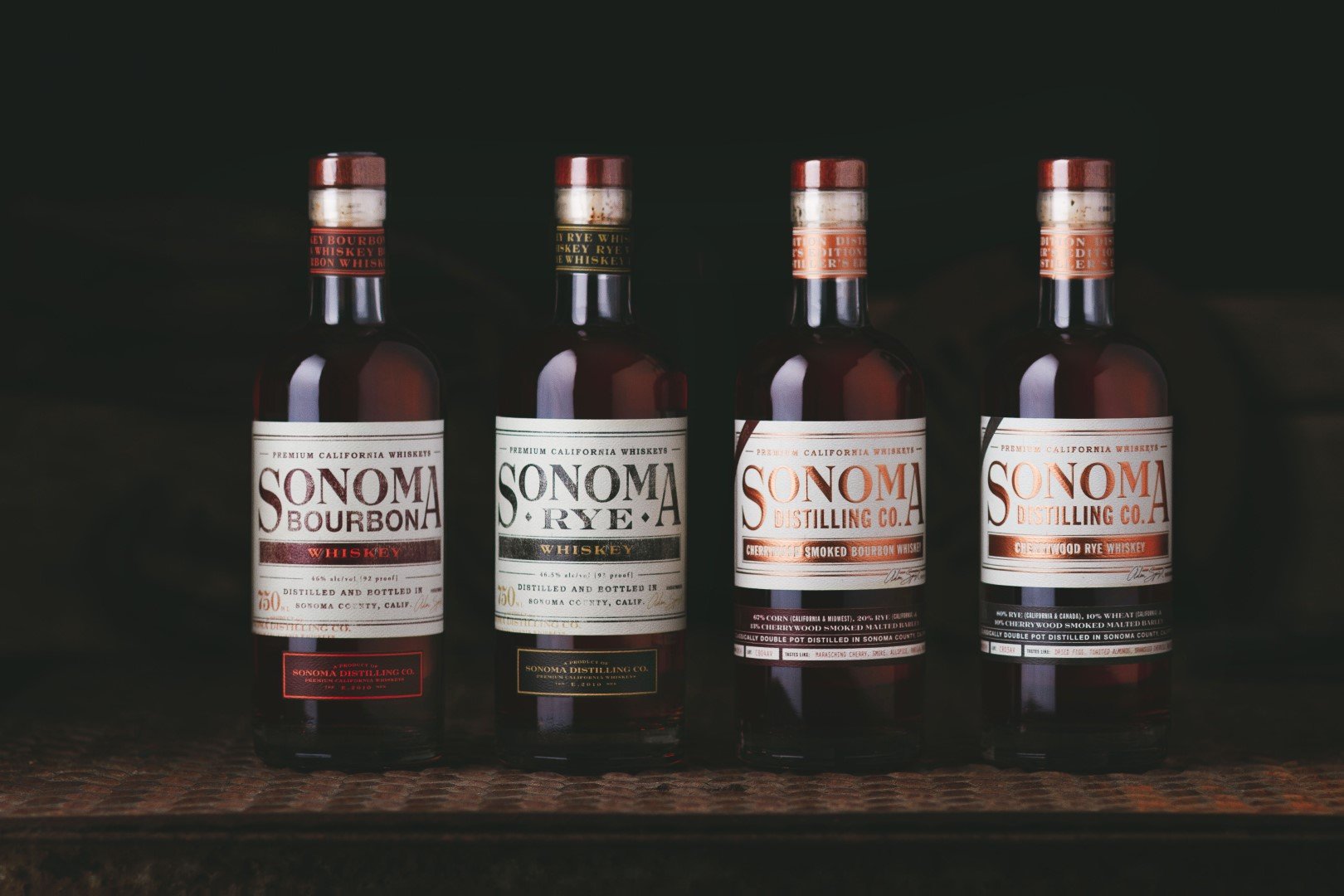