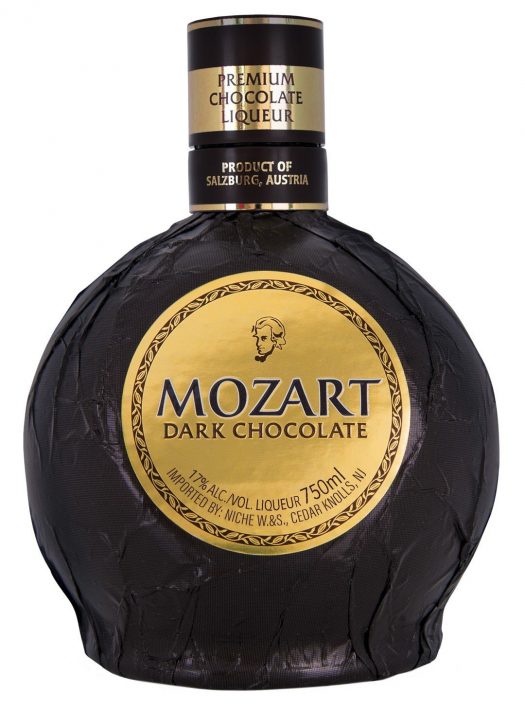 Mozart’s iconic bottles — shaped like a globe and wrapped in variously colored foils — are hard to miss, either at the liquor store or on the back bar. These Austrian products — of which there are five — include cream liqueurs, straightforward chocolate liqueurs (made without cream), and a clear, chocolate-flavored vodka.

Today we look at just one of these offerings, Mozart Dark Chocolate, which is Hershey’s-colored liqueur made sans cream (and thus shelf-stable, fairly indefinitely).

Mozart’s chocolate character is instantly as clear as a bell, and it’s all right there and up front at the start — though I also catch clear aromas of cinnamon in the mix, which serve to lighten things up. The palate follows suit in reasonable lockstep, though the chocolate notes are complemented again by cinnamon as well as vanilla here. A fruity character that’s somewhat adjacent to red wine is also evident on the palate, almost Port-like at times, though considerably less sweet. That said, there’s still a bit of sugar that lingers on the back end, with a finish that recalls coconut and chocolate candy. Mounds, anyone? 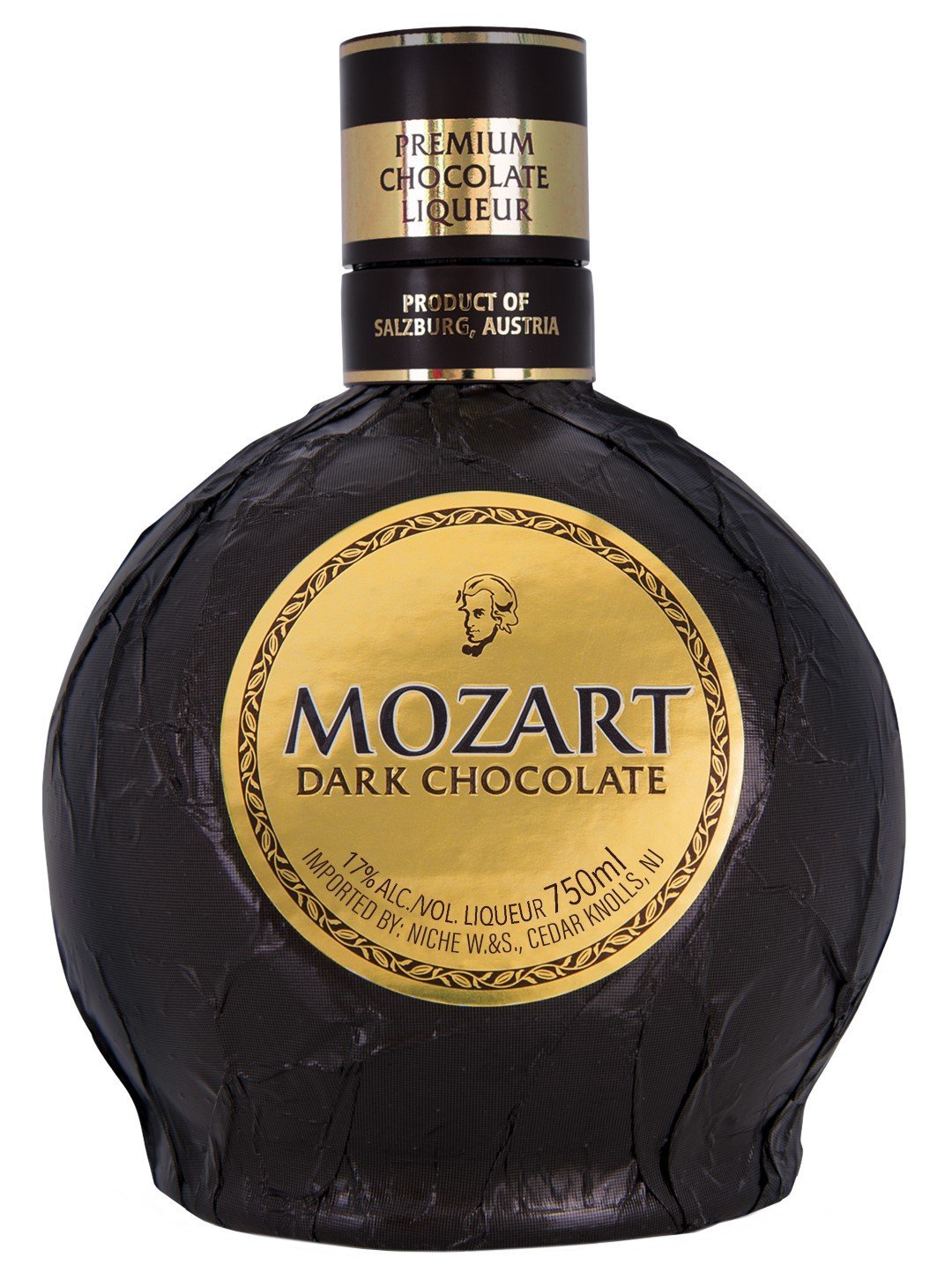