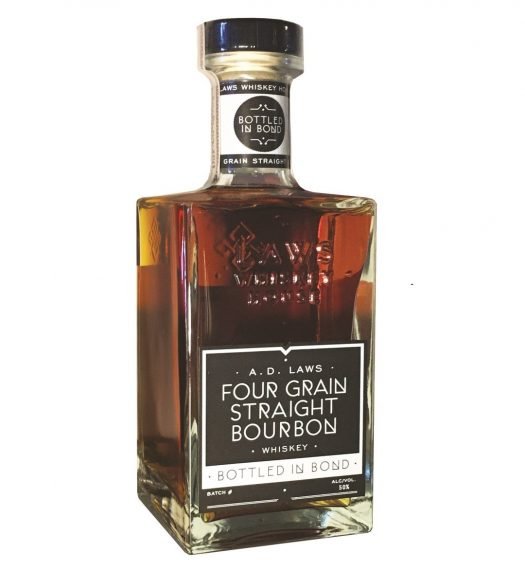 Denver-based A.D. Laws, aka Laws Whiskey House, has quietly grown in stature to take a spot as one of the major craft distilleries in the U.S. Its focus is on whiskey and only whiskey: The company kicks out a dozen or so different bottlings, all with a focus on heritage grains, locally sourced ingredients, and traditional whiskeymaking techniques. (No small barrels or accelerated aging regimens here.)

While it may well be impossible to review every whiskey that A.D. Laws has put out, this sampling of six different expressions should give you a solid look at the distillery and its output.

A.D. Laws Hordeum Straight Malt – Hordeum is a wild strain of barley, and here it is malted and used (100%) to make a straight malt whiskey. Double distilled and aged 3 years in full-size, new oak barrels. A little funky on the nose, with mushroom and leather notes prominent, followed by toasty cereal grain aromas. The palate is husky and heavy with lumberyard and barrel char notes, with an undercurrent of beef jerky, toasted sesame seeds, and dilly beans. Air and time help the whiskey become more approachable, but lots of both are required. Those familiar with American single malt aged in new oak barrels know what they’re getting into here. 100 proof. Reviewed: Batch #2. B- / $60

A.D. Laws Secale Straight Rye – Secale is another name for rye, and an heirloom strain of rye — half malted, half raw — is used in the mash (95%, the remainder is barley) on this whiskey, which is aged at least 2 years but less than 4 years in new, full-size barrels. There’s ample youth and plenty of wood on the nose, with notes of dried herbs and a hint of truffle. The palate comes across as more fully formed, though still young and a bit brash, with pungent spices, barrel char, and wood ash all heavy on the tongue. The finish sees things settling down, but even with water there’s a heavy black pepper note that clings to the throat. Not my favorite in this lineup. 100 proof. Reviewed: Batch #8. C / $60

A.D. Laws Secale Straight Rye Bottled in Bond – Laws’ standard rye is already 100 proof, so this bottled in bond expression is all about age: It’s the same whiskey, only 4 years old (meeting the legal definition for bonded spirits). It’s all around a much more impressive experience, starting with a nose that blends the standard rye’s frontier character with notes of cloves, raisins, and sea spray. There’s way more depth on the palate, which offers a big chocolate character, lots of classic rye spice — maybe too much — plus notes of dried cherries and some cola notes. The finish keeps things on the cocoa tip, though there’s plenty of heat to go around. The finish smolders for some time, with a Mexican chocolate note, providing a long, slow fade-out. 100 proof. Reviewed: Batch #C-17-F. B+ / $70

A.D. Laws Four Grain Straight Bourbon – This is Laws’ flagship, made from a mash of 60% corn, 20% Colorado-grown wheat, 10% Colorado-grown rye, and 10% Colorado-grown barley. Aged 3 years in full-size barrels. The nose is a bit sweaty, with ample lumberyard notes atop a base of butterscotch pudding. Surprisingly racy on the palate, the woody barrel notes don’t let up, and the butterscotch notes continue, sliding ever so slightly into notes of brown sugar and cinnamon. Quite tough and rustic on the finish, with a rather gritty, grainy conclusion. 95 proof. Reviewed: Batch #15. B- / $60 [BUY IT NOW FROM CASKERS]

A.D. Laws Four Grain Straight Bourbon Bottled in Bond – Basically the same whiskey as the above, but four years old and 100 proof (and from one distilling season, obviously). As with the rye, this is an immense improvement, the whiskey settling down as it develops clear notes of vanilla, brown sugar, chocolate, and cloves. The palate is developed, perhaps not as fully but still solidly, with notes of dark chocolate, more cinnamon, and graham crackers. Quite chewy, with an almond nougat note on the finish — though none of this strays too far from that frontier-style character set up in the standard bottling. 100 proof. Reviewed: Batch #B-17-S. B+ / $70

A.D. Laws Four Grain Straight Bourbon Ruby Porto Finished – Here we have the straight bourbon, finished in Port casks for an undisclosed length of time. Boldly orange-pink in color, the whiskey has an immediate nose of old red wine (though not particularly identifiable as Port), with a slightly oily, nutty bent to it. There’s still cereal and barrel char notes underneath, but it’s that unctuous wine character that dominates. The palate is quite sweet, kicking off with notes of malted milk and pancake syrup, with more red wine notes enduring from there. The finish is hot and peppery, with odd notes of fennel and some citrus popping up. Definitely a nice departure from the standard edition, with plenty of new flavors to explore. 95 proof. Reviewed: Batch #8. B+ / $150 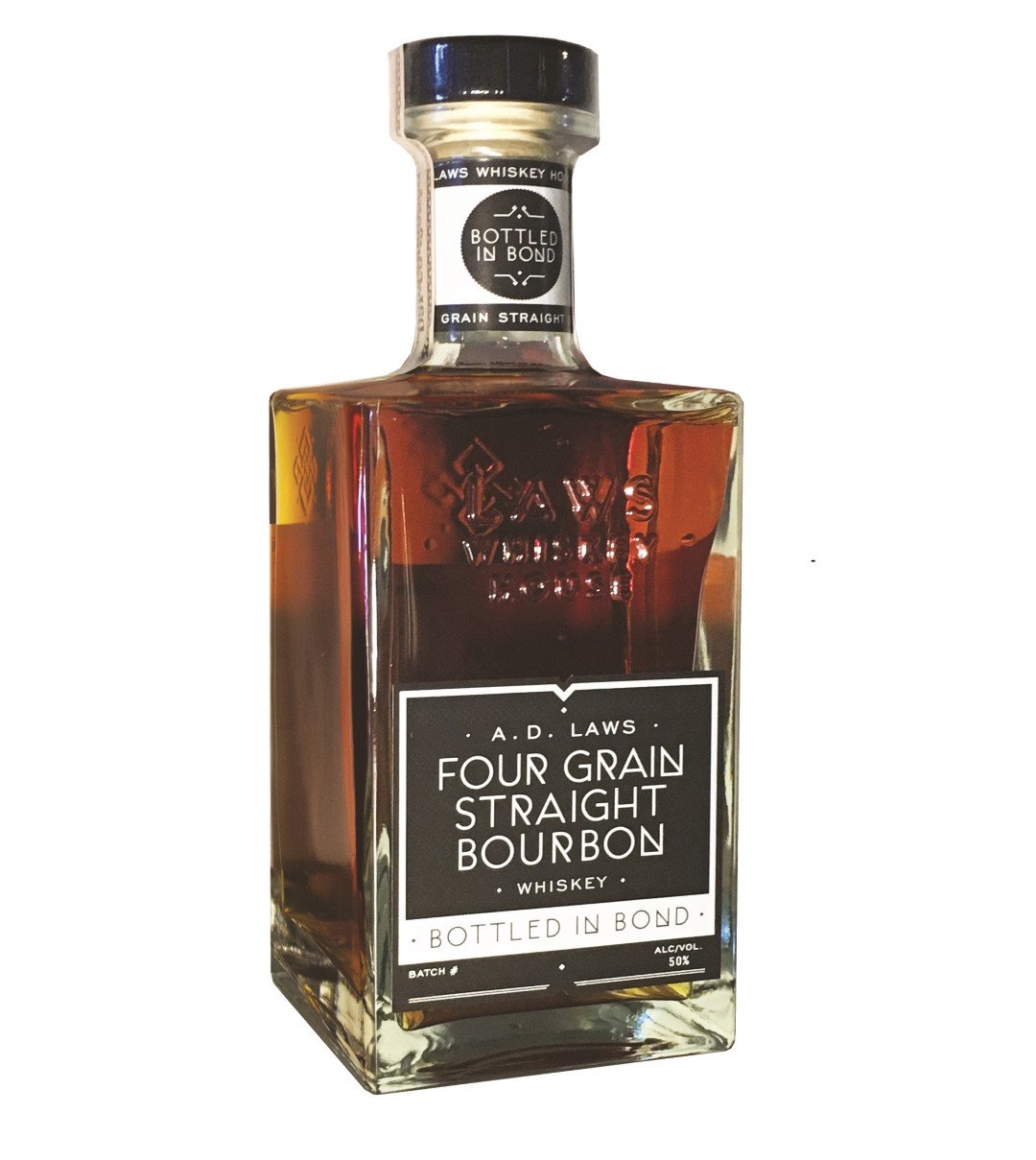