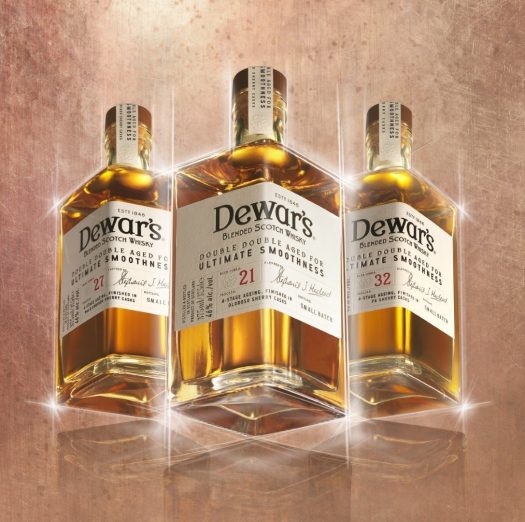 Double Double is a line of three new whiskies from Dewar’s, the brand’s first new release in five years.  This is a small-batch blend (like all of the Dewar’s line), though it boasts an upscale approach along with a bit of innovation.

First off is the inclusion of age statements — and old ones, starting at 21 years old and stretching up to 32 years of age. That alone is cause for celebration, but the other big news is how these whiskies are aged. There’s a hint in the “double double” portion of the name, but there’s more to it than just a finishing barrel.

Here’s how it works: First, malt and grain whiskies are distilled and then aged separately in their own oak casks. The malt whiskies are then blended and re-casked. Simultaneously, the grain whiskies are blended, and re-casked. The two styles of whisky are still kept separate at this point. After this aging step, the blended malt and blended grain whiskies are brought together and aged a third time. Lastly, this conjoined whisky is finished in a final sherry cask. Four different aging steps, hence the “double double” concept. While it’s frankly not that dramatic a departure from the way that a lot of whisky is made, it’s interesting enough to merit at least a bit of thought.

Adding complexity to the mix, each of the three expressions in this lineup are finished in a different type of sherry cask. These are illuminated below in the individual writeups for each whisky.

Dewar’s Double Double Aged 21 Years Old – Finished in Oloroso sherry casks. Classically sherried, with an intense orange oil and nutty character and secondary notes of cracked black pepper and a touch of meaty bacon and cut hay (the grain whisky peeking its head out). The palate follows much in suit, sweet and bursting with flavor, though it initially comes across as a bit boozy, with a bit more granary character than I was expecting. Those sherry notes are quite enduring, though, and hard to ignore, particularly on the sharp finish. B+ / $90 (500ml) [BUY IT NOW FROM CASKERS]

Dewar’s Double Double Aged 27 Years Old – Finished in Palo Cortado sherry casks (which is virtually unheard of). A wildly different whisky. The nose is heavy with notes of nougat and almonds, then a distinct dry sherry note — slightly salty, slightly sour, slightly mushroomy. The palate has less overt sherry character than I was expecting, though leather and mushroom are dominant, along with some nutty chocolate bar notes. There’s more citrus apparent on the lengthy finish than in the 21 year old. Oddly, the entire thing comes together as somewhat more youthful than the younger expression, too. B+ / $160 (500ml)

Dewar’s Double Double Aged 32 Years Old – Finished in Pedro Ximenez sherry casks. PX sherry finishing always results in huge flavors, and this whisky is no exception. Rich on the nose, notes of coffee, dark red wine, and roasted nuts immediately dominate an aromatic profile that is almost hoary with weight. The palate is equally rich, with bold coffee and cola notes, along with some chocolate. I get a hint of rose petals as the whisky opens up in the glass, which is an odd little shift. The finish is enduring but sharp and a bit tight, showing fortified wine notes and plenty more of that classic PX character. One to really pore over as it slowly reveals its charms. A- / $250 (500ml) 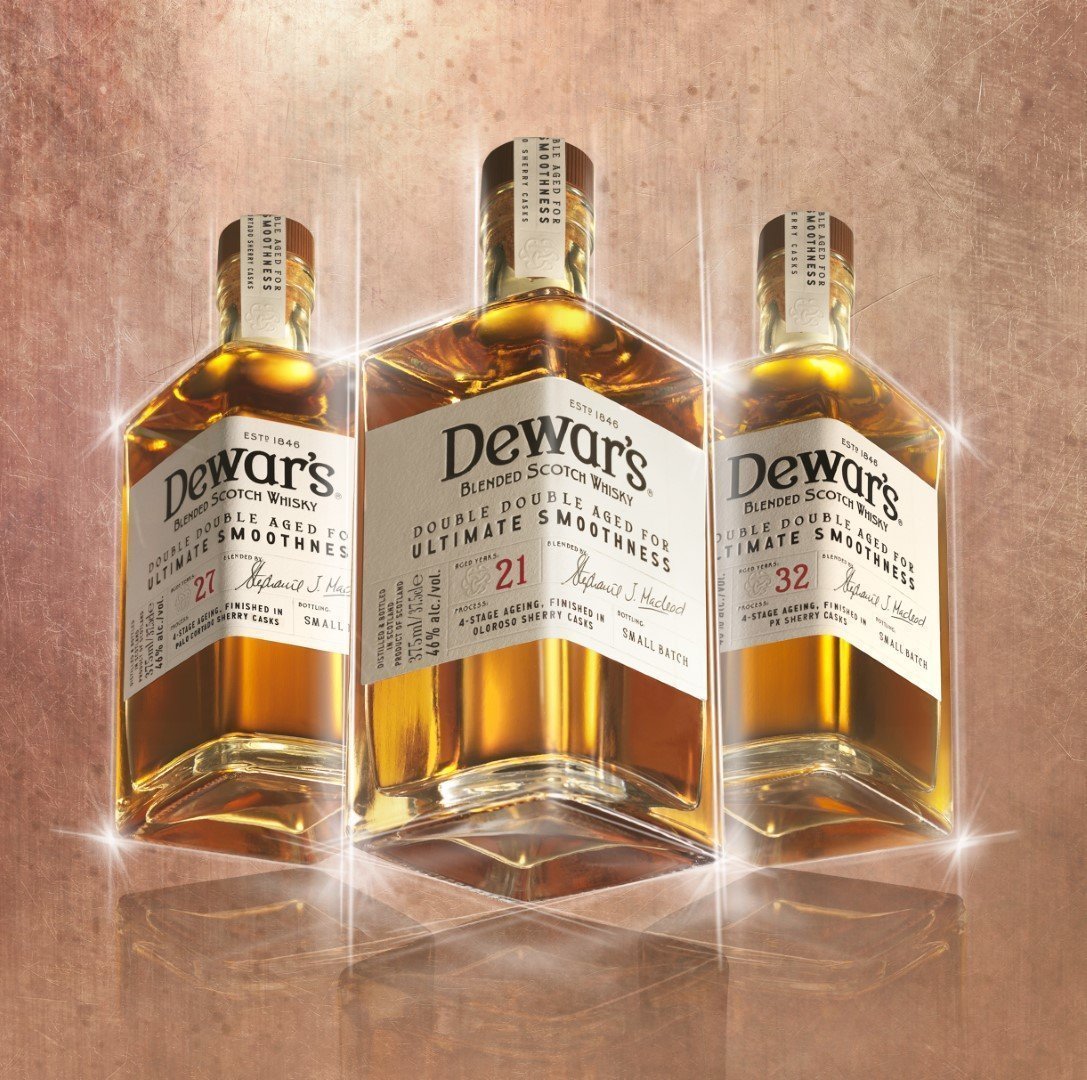