Tasting the Single Malts of BenRiach with Stewart Buchanan (2019) 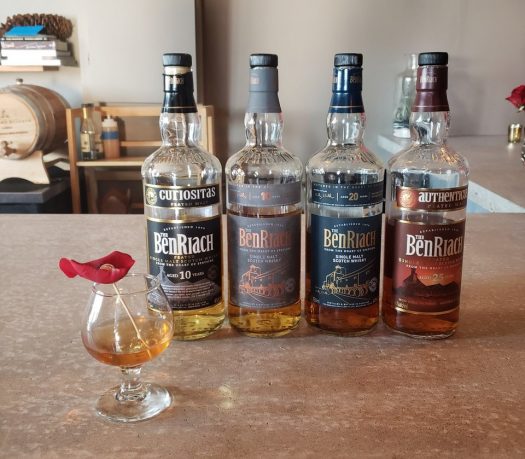 Louisville, Kentucky is a rather unusual place to host a single malt Scotch tasting. With the luxury of an abundance of bourbon readily available, making market headway into the Bluegrass could prove to be a daunting challenge. Thankfully, Brown-Forman (parent company to Jack Daniel’s, Woodford Reserve, and Old Forester, among others) is up to the task and dispatched its Global Brand Ambassador for BenRiach, Stewart Buchanan, for an afternoon tasting of a good chunk of the domestically available BenRiach portfolio.

A venerable road warrior with airline miles to prove it, Buchanan made the trek from Speyside to the local media about the region’s traditions and natural beauty, the relationship between bourbon and single malt Scotch, as well as providing an informative history of the BenRiach distillery. There were also samples poured of BenRiach’s domestic lineup over lunch at Ostra, a lovely seafood restaurant directly across the street from the legendary bourbon haunt The Silver Dollar.

BenRiach 10 Years Old – Light and agreeable, the 10 year flagship expression puts a heavy premium on sweetness. Pears, green apples, vanilla, and butterscotch on the nose gives way to an incredibly soft, honeyed palate with notes of orange, vanilla bean, and clove. A short and pleasant finish full of sherry and citrus makes it a very agreeable gateway single malt for those unfamiliar with the joy of Scotch. 86 proof. B+ / $50

BenRiach 20 Years Old – With a nose similar to the 10 year, the green apple and fruit notes are accounted for but are tempered by oak and vanilla – a huge benefit from another decade of aging. The wood is also much more evident on the palate, along with notes of toasted almonds, plum, and cardamom. A nice, long finish hands in there with some lingering blackcurrant and more oak influence. A nice contrast to the 10 year, and a proper preparation to the upcoming peated expressions for those uninitiated. 86 proof. B+ / $130

BenRiach Curiositas 10 Years Old – Peat is usually associated with Islay single malts, so any deviation can be a risky proposition. Thankfully, there are absolutely things to love here if peat is your preference: a generous whiff of salt and smoke on the nose with citrus, clove and smoke on the palate’s entirety. The finish is long, with more salt, black tea, and a slight touch of rosemary. We reviewed this last year and gave it a B+. However, my preference and love for this profile runs deep regardless of geography, so I’m boosting my score a half-step. 92 proof. A- / $56

BenRiach Authenticus 25 Years Old – Latin for (surprise!) “authentic,” this used to be on the market as a 21 year old, but was replaced a few years back by this age statement. Similar to a proper Islay, the nose contains all of the characteristics Islay lovers have grown to love. More specifically: being smothered in a cold, wet, knit sweater half-dried over a campfire, and then smacked across the face with a strand of seaweed. There’s lots of dried herbs, chicory, and chestnut honey on the palate, with smoke and iodine ever-present. The finish is long and immensely enjoyable, with heavy black tea notes becoming more pronounced over time. 92 proof. A- / $250 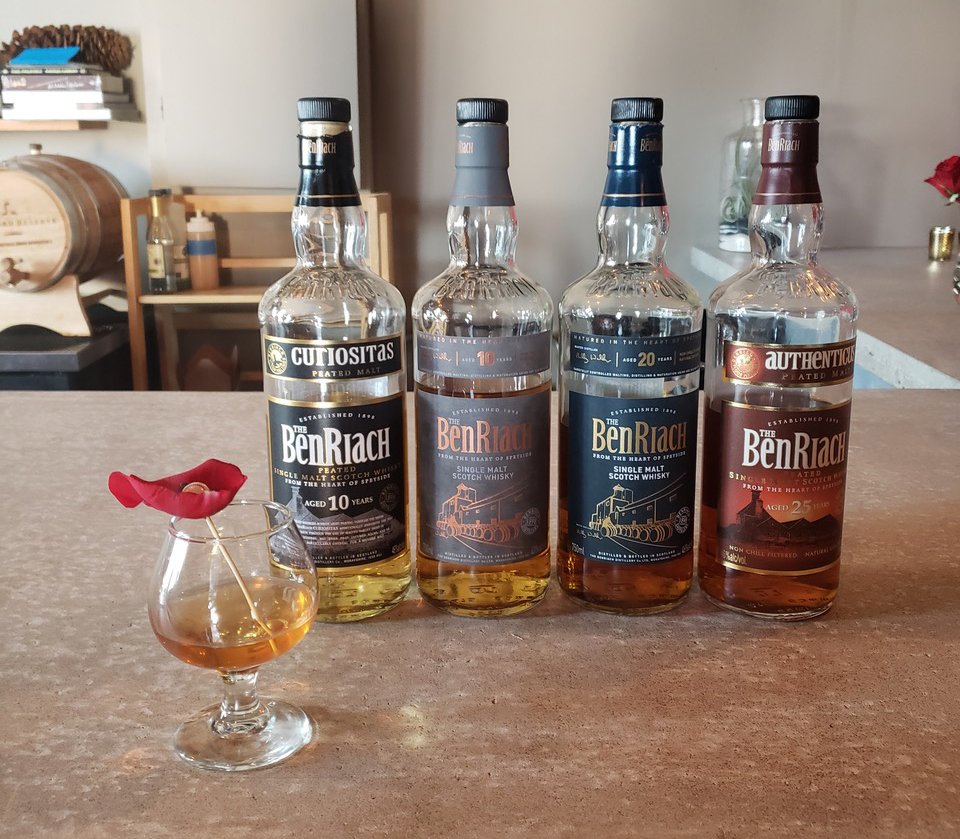