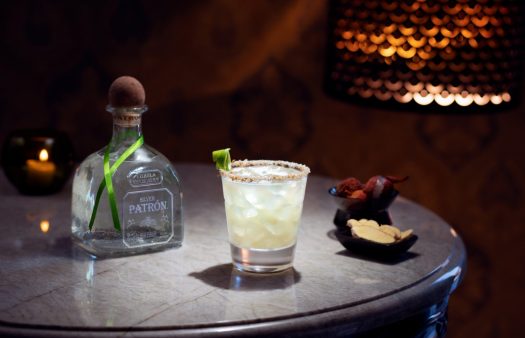 Patrón Tequila recently launched the 2019 edition of its annual Margarita of the Year Competition, designed to “showcase unique twists on the iconic cocktail created by bartenders from around the world.” Eight finalists were recently announced, and this year fans can vote for their favorite on MargaritaoftheYear.com. The winner will be announced on Cinco de Mayo at Hacienda Patrón in Jalisco, Mexico.

As well, for 2019, you can actually taste these concoctions at home by ordering the ingredients through Cocktail Courier. For $40 you get all the ingredients (including booze, citrus, and specialty syrups) to make roughly 6-8 cocktails, which doesn’t seem like a bad deal at all. Patron recently sent me a kit to make one of the 8 finalists, the Dynasty Margarita, a spin which features ginger and lychee.

Working with the kit was lots of fun (though the included directions were a bit wonky; they’re corrected below). Ultimately, in the end I think I prefer my margarita a little more classically-styled, but Jay Khan’s creation was at least an enjoyable side trip to the Far East.

Here’s the recipe in case you’re thinking about ordering the kit… or just want to tinker.

Rim a rocks glass with grapefruit salt. Place lychees in a cocktail shaker. Add remaining ingredients to shaker with ice and shake hard to chill and combine. Double strain onto fresh ice in a rocks glass. Garnish with a lime twist.