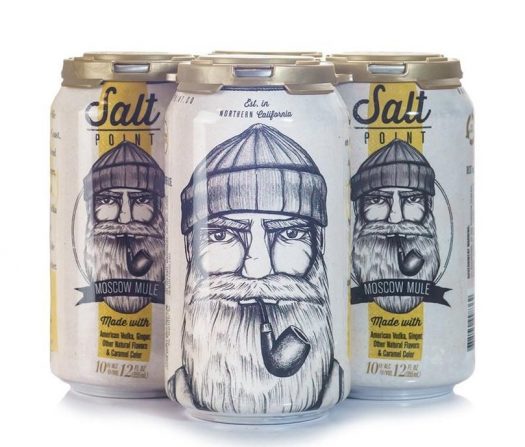 Salt Point is a state park not far from Drinkhacker HQ in northern California. It’s also a new company making canned, ready-to-drink cocktails with premium ingredients… also not too far from our burg, in Mill Valley, Calif. Small batch and all-natural, it’s designed to provide a high-end drinking experience when spirits, mixers, bottles, shakers, muddlers, garnishes, and the like are all too far out of reach.

Three products are available at the moment. We tried them all. All three are sold in 12 oz cans, and canned at 10% abv.

Salt Point Moscow Mule – “Vodka, ginger beer, and other natural flavors.” Pours translucent, slightly cloudy. There’s a curious and immediate pineapple note on the nose and the palate, though there’s an ample punch of authentic ginger beer character here that delivers plenty of heat to the back of the throat. I get the ginger and the lime, but I just couldn’t shake that pineapple note no matter how long I sipped at it. It’s not a bad thing, just not wholly expected. That said, the cleansing, lingering heat from the ample ginger here is engaging and brisk — even if the added sweetness makes it come across a bit like pickled ginger. B [BUY IT NOW FROM DRIZLY]

Salt Point Greyhound – “Vodka, grapefruit, lime, seltzer, and other natural flavors.” Pours a cloudy pink. This is a perfect approximation of a greyhound, which is to say it tastes like fizzy grapefruit juice with a bit of bite to it. The grapefruit feels fresh and authentic, and just a touch of lime even manages to peek through. The greyhound is hardly the world’s most elevated cocktail, but Salt Point has turned in a perfectly drinkable version of it all the same. Serve this to anyone and they’d never know it wasn’t homemade. A- [BUY IT NOW FROM DRIZLY]

Salt Point Gin Highball – “Gin, seltzer, cucumber, lemon, and other natural flavors.” Cloudy, slightly yellow. This one’s the real wildcard, as the inclusion of cucumber sounds risky in a canned format, and the choice of gin could be hugely influential. Turns out I had no cause for alarm: The cucumber is present, front and center, but feels perfectly integrated with the otherwise lemony body — almost Sprite-like at times. The gin is rather mild, offering more of a grassy sage character than a juniper overload, with mild hints of ginger on the back end. Oddly enough, it’s the most unique can in the lineup, and I think I like it the best of the trio. A- [BUY IT NOW FROM DRIZLY] 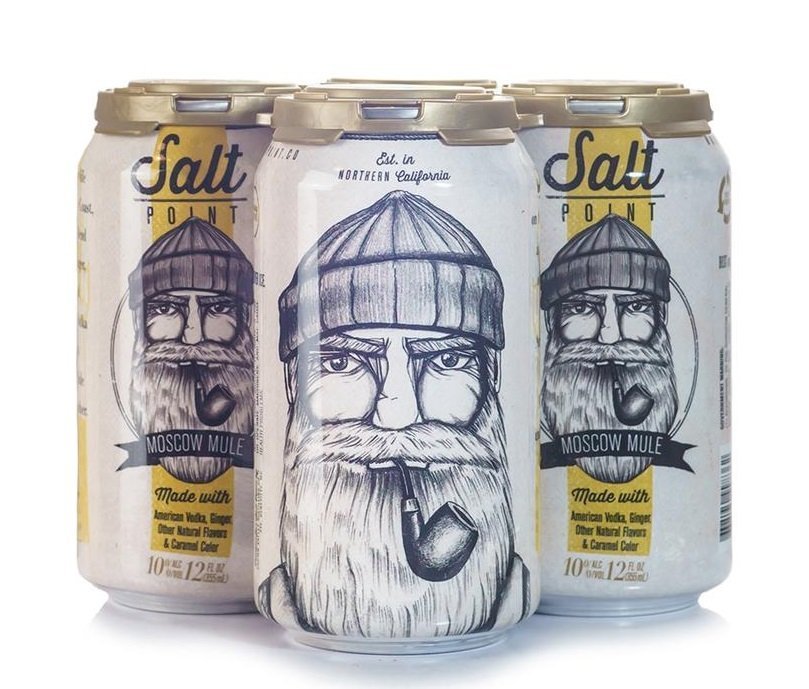