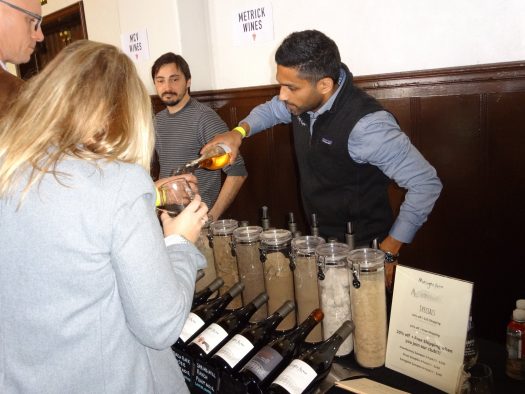 In 2011, Stewart McLennan and Doug Minnick co-founded the Garagiste Wine Festival to showcase the best undiscovered small-production winemakers in California. If you’re curious, Garagiste is a term from the 1990s used in Bordeaux to reference a new style of wine crafted by new producers largely in St. Emilion and Pomerol. The wines were made much like California reds favored by Robert Parker: bold, fruit forward, and with supple tannin. The movement gained international attention when Robert Parker rated garagiste producer Valandraud higher than Petrus for the 1995 vintage. 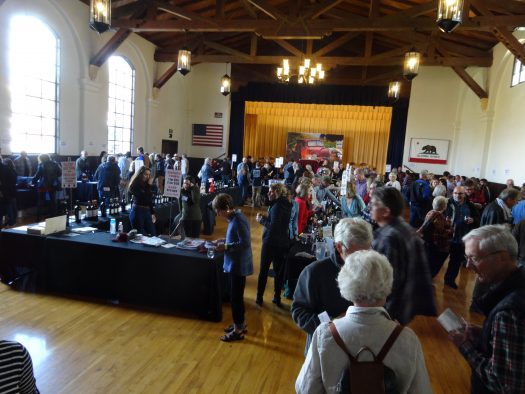 Much like the 1990s Bordeaux producers, there are plenty of Californian winemakers today eager to create wines their own way. The efforts of over forty of these winemakers can be sampled at the heart of this Festival, the Grand Tasting, a dizzying but massively enjoyable event. Central Coast mainstays like Syrah, Zinfandel, and Chardonnay were present in abundance, but refreshingly obscure varieties such as the Italian Teroldego and well-crafted dry Rieslings could be sampled as well. Of the wines tasted I found a handful of gems that are well worth reviewing:

2017 Pelletiere Paso Robles Viognier – A rich and round nose that can be described like walnut-apple crumble and orange blossom with a touch of citrus. Heavy mouthfeel but with enough acidity to provide lift. While the alcohol is a little high, it’s well integrated and does not draw attention to itself. A white for sipping more than quaffing. B / $32

2016 Dracaena Wines Plummer Vineyard Cabernet Franc Reserve – Inviting, sweet aromas of blueberry preserve, allspice, cinnamon, and toasty oak on the nose. On the palate it feels medium bodied and tannic but not grippy or astringent. This is very easy and supple on the finish. It’s an orthodox California red but well done and a pleasure to drink. B / $45

2016 Maidenstoen Coast View Vineyard Monterey Riesling – The aroma is minerally upfront but with mango, underripe peach and lemon. Delicious on the palate with a lemony flavor and dry, refreshingly tart structure. Not the cloying, simple Riesling that is commonplace in the California market by any measure. B+ / $22 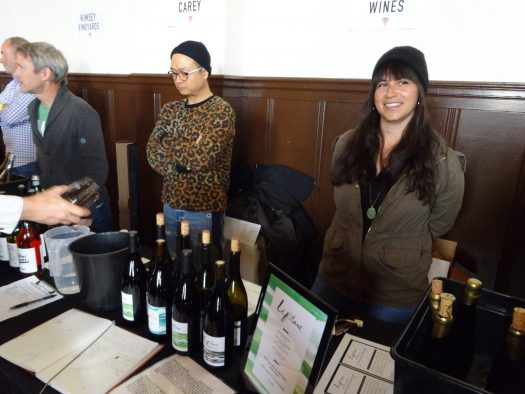 2016 D. Volk “John Sebastiano Vineyard” Sta. Rita Hills Syrah – Briny olive tapenade is first to greet the nose and is quickly followed by brambly blackberry, blueberry and warm spice. Its fruity flavor is tempered by a touch of earthiness not unlike black tea. Excellent balance of fruit, earth, spice and savory qualities without tasting too intense or heavy. Best in show! A- / $60

The Garagiste Wine Festival comes highly recommend if you’re looking to taste well crafted wines made by underappreciated producers from underappreciated grapes. Even better, this is a not for profit festival with proceeds supporting the Cal Poly Wine & Viticulture Program. Why not taste California’s small production wines of today while supporting the winemakers of the future? Check out April’s Sonoma festival and discover your own new favorite winery. 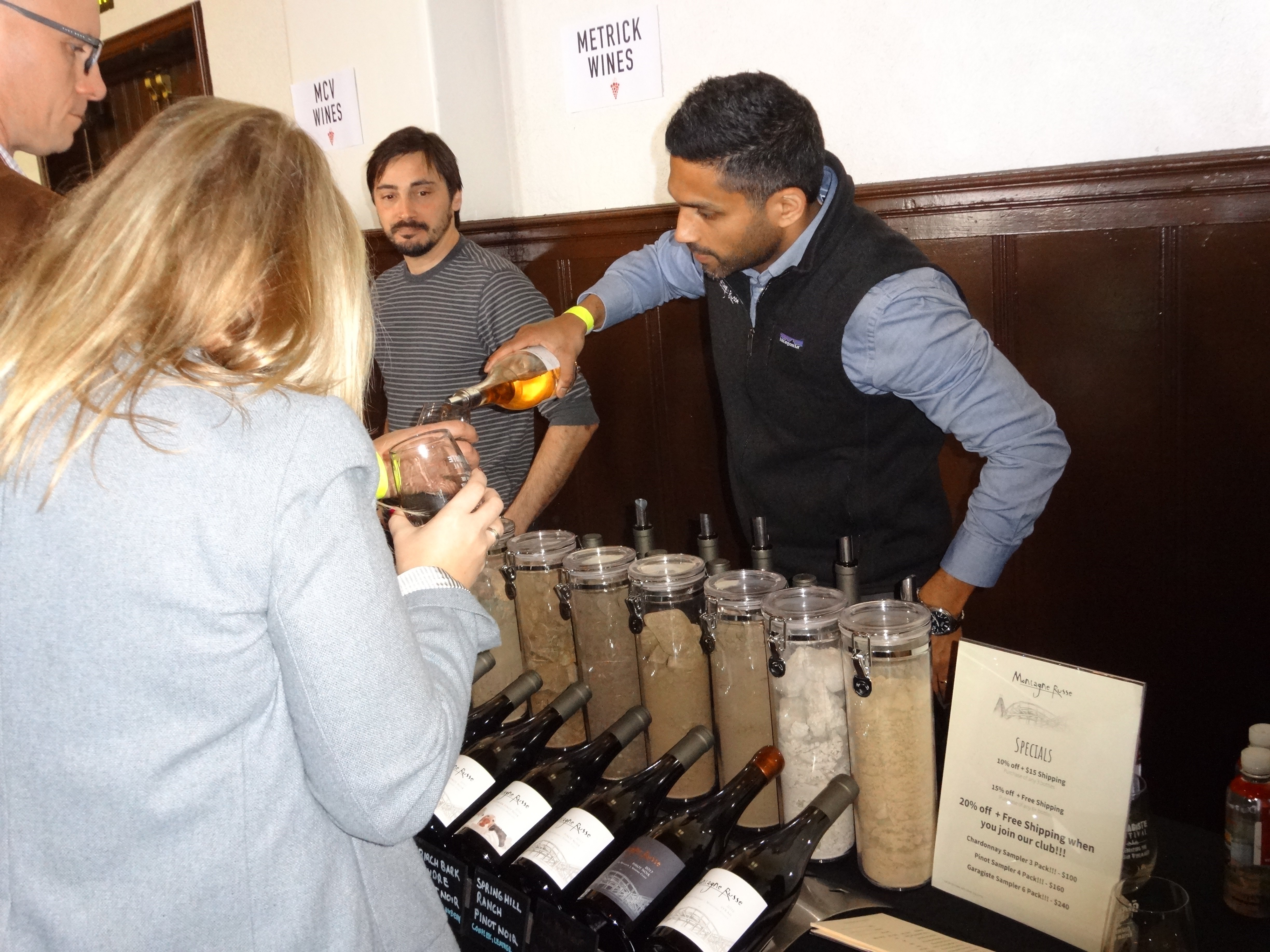