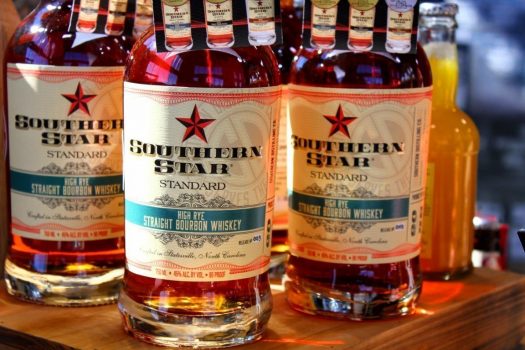 Southern Distilling Company in Statesville, North Carolina is making a minor name for itself with its Southern Star whiskey products, most of which center around “grain to glass” craft-distilled bourbon. The company is also a contract distiller, and it doesn’t provide a whole lot of information about much of its operation (which appears to be rather sizable), so we don’t have data on mashbills and such. The spirits below are all bottled without age statements and are widely available in the Carolina region.

Southern Star White Whiskey – White dog, distilled from a wheated bourbon mash. Plenty of popcorn notes on the nose here, filtered through charcoal and forest floor notes. The palate is rather sweet, almost with a caramel corn note, and a mix of baking spices not usually found in white lightning. The body is fairly buttery; the finish is on the sharp side, with more evidence of the underlying cereals — though the use of a wheat mash appears to soften things quite a bit. 100 proof. B / $30

Southern Star Standard Bourbon – Made from a high rye recipe; “standard” to denote the lower proof level. Rustic on the nose, with a quite sweet caramel corn — emphasis on the corn — aroma evident. A butterscotch candy note on the tongue is surprisingly enchanting, though quite sweet with a sugary iced tea character, but notes of cloves and saddle leather temper that with notes of rye spice and some savory pungency. The finish is on the woody side, with some of the inevitable green notes of youth showing through clearly. Still, reasonably approachable. A reserve and a single barrel bourbon (not reviewed) are also available. 90 proof. B- / $50

Southern Star Cask Strength Bourbon – Presumably the same whiskey, but at full proof. Not overwhelmingly different in construct, though there’s more alcohol, obviously, and some eucalyptus and mint notes come through more clearly. The palate is surprisingly even sweeter, with clearer mint tea notes emerging if you add some water. More fun to explore. 122.2 proof. Reviewed: Release #1. B+ / $60

Southern Star Double Shot Coffee Bourbon Cream Liqueur – The sole liqueur in Southern Star’s lineup, and I only know it’s a coffee liqueur because it says so on the label. I didn’t get any coffee character from this, and I mean none at all. The nose is all caramel and milk chocolate, with a lick of whiskey — closer to an Irish cream than Kahlua. The palate is heavy with the same chocolate/caramel sauce notes, all quite sweet but not overwhelming. Some toffee and butterscotch notes emerge on the lengthy but, again, not overpowering finish. Quite pleasant, coffee or no. 50 proof. A- / $25 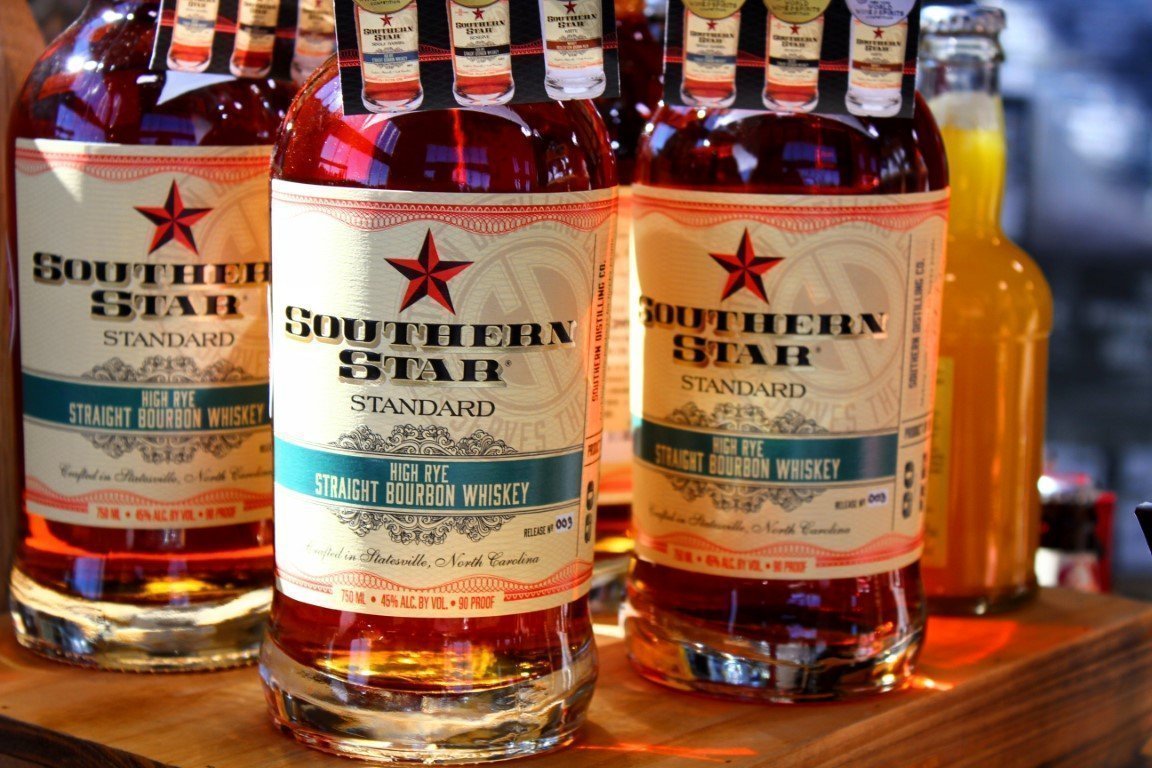 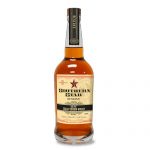