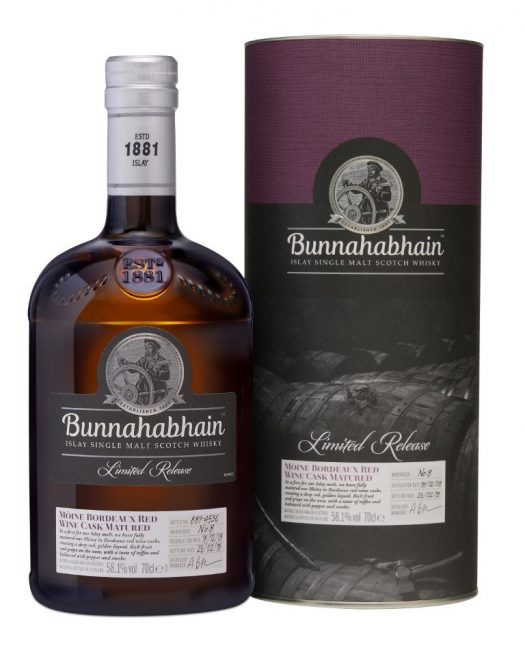 Today we turn our attention to two whiskies from Islay’s Bunnahabhain, including the 12 year old, the youngest age-statemented whisky in the Bunnahabhain core range, and the distillery’s Moine Bordeaux release, a special edition that dropped at the tail end of 2018.

Bunnahabhain 12 Years Old – Matured in bourbon casks and finished in sherry casks. This whisky’s nose has a gentle bacon character, with wet wool, toasted/charred wood, pepper, and truffle notes offering an up-front austerity. The palate is quite the opposite, a lively, sweet operator with ample citrus and apple fruit, caramel, and butterscotch all clear from the start. Any peat here is dialed pretty far into the background, the sherry influence taking over and allowing only some barrel char and oily petrol notes to peek through. The finish is sharp but clean, with lots of fresh orange notes to carry you through to another sip, or another glass. 92.6 proof. A- / $50 [BUY IT NOW FROM CASKERS]

Bunnahabhain Moine Bordeaux Red Wine Cask Matured 2008 – The latest installment in Bunnahabhain’s Mòine series (Moine meaning ‘peated’ in Scots Gaelic) is aged entirely in red Bordeaux wine casks. Distilled in 2008, the whisky aged for just under 10 years before bottling in 2018. The nose is gently smoky, laced with truffles, dark chocolate, and black pepper. A wet earth aroma turns toward roast beef — and finally a clear note of red wine — late in the game, as things air out. The palate is racy and instantly heavy with alcohol, all but insisting on water. A big rush of smoke is enduring and more encompassing than the relatively restrained nose would suggest; it’s more smoky in texture than even a standard Bunnahabhain bottling, in fact. In time, salty, briny seaweed notes become prominent, with sweet fruit coming into focus once the smokiness starts to fade. The finish is even sweeter, tinged with a hint of green olive before finishing on a bold and clear red wine note, with lingering notes of plump raisins and cloves. All told, it’s a perfectly acceptable whisky, but the red wine influence is much less evident than expected. I thought I’d adore this based on my previous love of Bunnahabhain’s Marsala Finished whisky and Kilchoman’s Red Wine Matured Islay, but somehow this just didn’t come together the same way as either of those two. 116.2 proof. B+ / $250 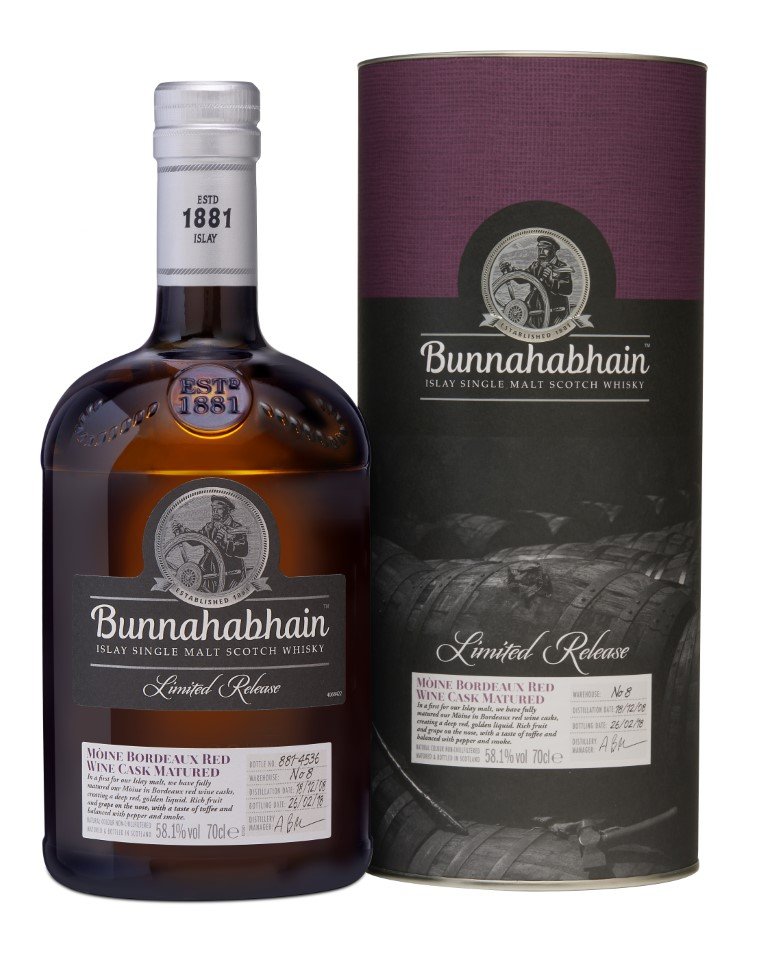