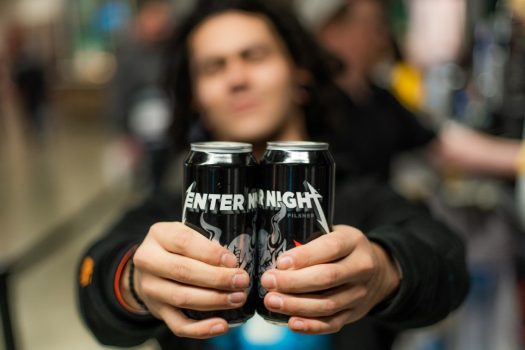 Four new beers from Stone recently arrived, including both year-round releases and seasonal rarities — one a collaboration not with a brewery but rather a heavy metal band. Thoughts on everything tasted — all poured from cans of various sizes — follow.

Stone Enter Night Pilsner – Metallica wasn’t happy just with its own whiskey, it had to have a beer, too. Oddly enough, it’s not a black-as-night stout, as the None More Black can might suggest, but rather, a simple pilsner, made firmly in the German style. Boldly malty, with a healthy slug of hops and a modest core of toasted cereals, mushrooms, and leather, it’s a bit of a powerhouse in a category that usually plays it safe. Exit light! 5.7% abv. B+ / $14 per six pack of 16 oz cans

Stone Tropic of Thunder Lager – Year-round. Lager brewed with Citra, Mosaic, and Cashmere hops. Not as tropically juicy as a hazy IPA, not as lagery as a lager. This beer falls somewhere in the twilight zone, offering a relatively gentle fruit character that hints more at grapefruit than pineapple, a quite mild malty body, and a muddy hoppiness that lingers on the back of the throat for the long haul. It doesn’t distinguish itself enough over the traditional hazy style to get overly excited, but lager fanatics may disagree with me. 5.8% abv. B / $10 per six pack of 12 oz cans

Stone Sanctimonious IPA – Part of Stone’s seasonal (fall/winter) Hop Worship series, this brew is made with Amarillo and Simcoe varieties, clearly with plenty of both in the mix. Lemon, apricot, and peach notes all make a fruit-heavy impact, at least before the chewy, leathery bitterness comes to the fore. The finish is lengthy and aggressive, with loads of hops and a surprising, lingering maltiness. A big IPA, for sure, but one with some nuance that manages to stand out in the crowded category. 7% abv. A- / $12 per six pack of 12 oz cans

Stone ///Fear.Movie.Lions Double IPA – A new year-round release with a wacky name (named after a 3m x 3m square in Stone’s Richmond, Virginia brewery with three words painted on it, which is in turn part of the what3words system). Stone’s take on the hazy style is a huge success, instantly tropically fruity but filtered through an aggressive, rich body that speaks of leather and mushrooms, tempering the initial rush of fruit and giving the brew some balance. 8.5% abv. A / $13 per six pack of 16 oz cans 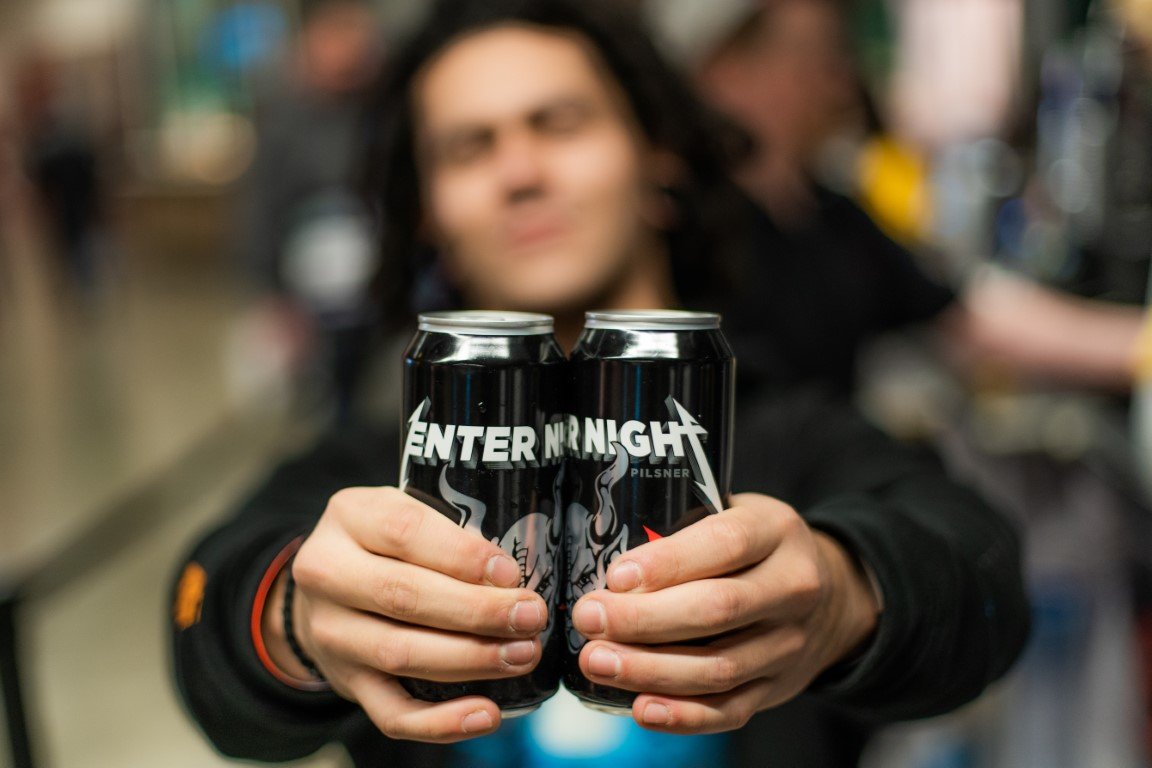