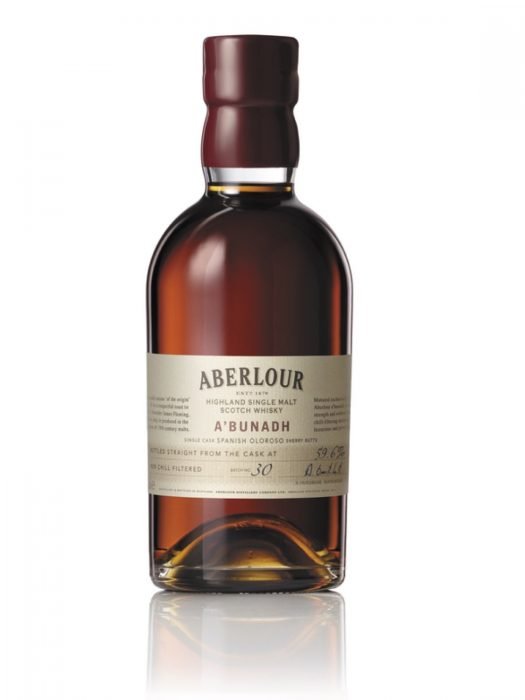 On January 25, 1759, the great Scottish bard Robert Burns was born. I am slightly ashamed to admit that I was entirely unfamiliar with Burns, but I am now well acquainted as the folks at Aberlour distillery invited Drinkhacker to a traditional and relaxed Burns Supper at Palo Alto’s MacArthur Park restaurant. 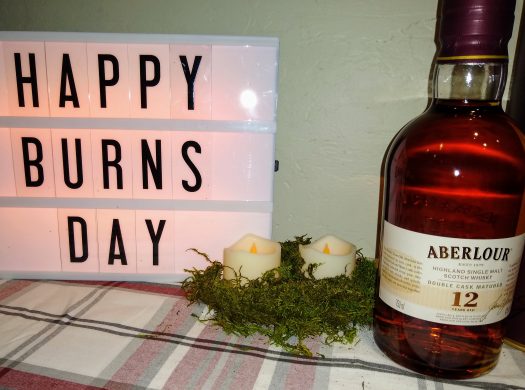 According to our gregarious host and Aberlour brand ambassador Andrew Weir, Burns influenced modern poets such as Maya Angelou and Bob Dylan. Even Michael Jackson’s “Thriller” was inspired by Burns’ gothic ”Tam o’ Shanter.” To celebrate his life, as well as Scottish music, food, and whisky, Aberlour put on a festive event Weir aptly described as “a distillery set to music.”

And what a distillery it is. Located in the heart of Speyside, Aberlour was founded in 1879 and today offers non-peated, ex-bourbon cask aged single malts with sherry barrel finishes. More hearty than Balvenie but lighter than Macallan, the Aberlour line (with the exception of the burly A’bunadh) strikes an even balance of richness and ease of drinking. I tried four whiskies that night; all were impressive, but two stood out. 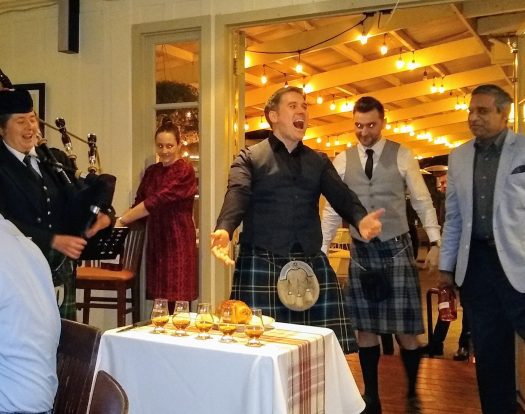 The Aberlour 16 Years Old offers honey, graham cracker, candied pecan, and toffee upfront. The sherry finish is evident but doesn’t overpower the character of the spirit. Dried dark fruit like raisin can be tasted underneath the honeyed malt. The 16 is powerful upfront, but finishes quick and is surprisingly easy to drink. B+ / $60

Next up is the Aberlour A’bunadh Batch 62. It’s a beastly whisky bottled non-chilled filtered, cask strength and aged entirely in Spanish oak Oloroso sherry butts. According to our host, the name is derived from a Scottish Gaelic term for “the origin” or “the original” and is in reference to the popular use of sherry barrels to age scotch before bourbon barrels became more commonplace. Adding a healthy splash of water is a recommended before nosing; at around 120 proof experiencing this neat is likely to reduce your palate to a smoldering pile of peat ash. After dilution, the whisky reveals deeper, darker flavors than the 16 Year. The raisin is here, but also dried blackcurrant. Instead of sweet candied pecan we have a roasted, salted nuttiness. Finally there is a savory quality not unlike a fresh colorado cigar. A’bunadh an oily, meaty, robust whisky that challenges but also excites. A- / $70

Third we tasted the Aberlour 18 Years Old. This one tastes a lot like the 16, but better. The nutty sherry qualities are well balanced with the flavor of the sweet malt and bourbon barrels. On the palate the flavor is more intense, the weight more substantial, and the finish long. This expression takes the best qualities of the 16, its approach-ability and polish, and marries with it with the substance of the A’bunadh. A- / $90

Lastly we were treated to a new bottling, Aberlour Casg Annamh Batch 1. This is a triple-wood whisky aged in bourbon barrels, bourbon hogsheads, and finally a sherry barrel finish. It’s the mildest on the nose but intricate with an aromas of vanilla custard, honey-cinnamon graham cracker, orange blossom, apple crumble, and a faint whiff of spearmint. On the palate it’s as easy to drink as the 16 but with a longer finish. Still, it lacks the intensity of aroma and flavor that the similarly priced 16 year old offers. B / $60

Cheers to the Aberlour crew for putting on a Burns Supper to remember! 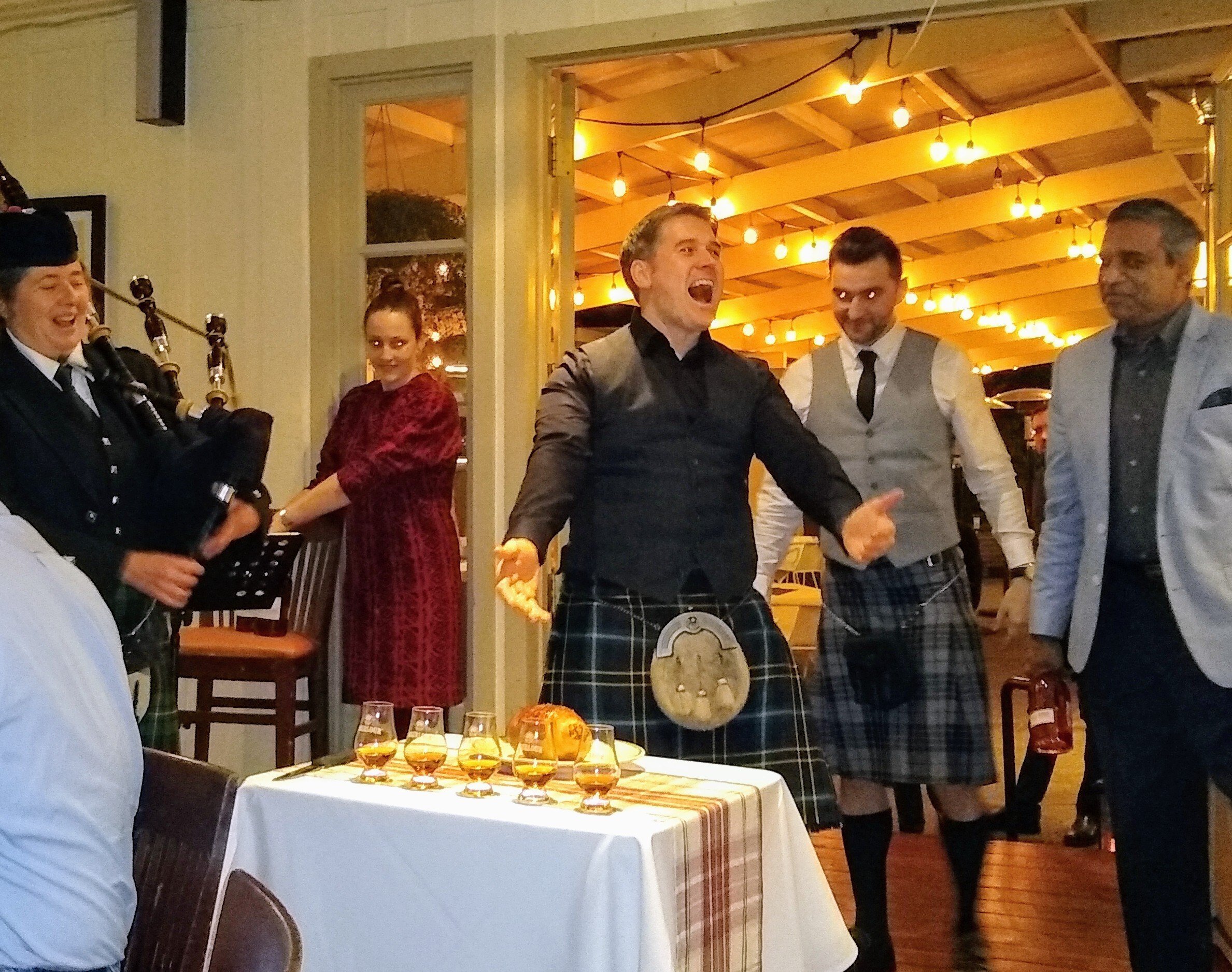 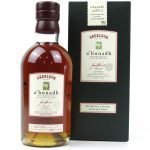 Tasting the Single Malts of BenRiach with Stewart Buchanan (2019)
Posted in Events, Rated A-, Rated B, Rated B+, Reviews, Scotch Whisky, Whiskey