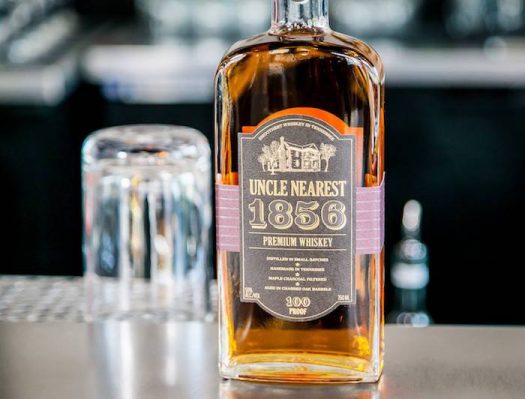 It’s often said that to succeed in the whiskey business a product needs to, of course, be good, but it also needs to have a good story. In recent years, with more and more new whiskeys claiming little more than the title of “First Distilled in ___ Since Prohibition,” it’s seemed like all the good stories have pretty much been taken. That is, until Uncle Nearest 1856 hit the market in 2018. The story of this Tennessee whiskey’s namesake, Nathan “Nearest” Green, goes like this:

Hailing from Maryland, one of the original capitals of whiskey making in the United States, we don’t know how or when Uncle Nearest made his way southwest to Tennessee. What we can confirm is he is the first African-American master distiller on record in the United States and thought to be responsible for helping perfect the Lincoln County Process, a requirement in being categorized as Tennessee Whiskey.

Although the website doesn’t state it outright, historians have even uncovered evidence that Uncle Nearest probably taught Jack Daniel how to distill. JACK. DANIEL. That’s maybe the best whiskey story since, well, Jack Daniel’s Old No. 7. So it clearly has the story part covered. But how does it taste?

The nose on Uncle Nearest is classic Tennessee whiskey: toasted grain and fresh vanilla bean with distinct notes of wood ash and maple syrup. There’s also a unique toasted pecan note that gets stronger as the whiskey opens up. It’s soft on the palate with a generous, peppery heat. There’s wood smoke and astringent oak interspersed with caramel, cinnamon graham cracker, and a fading note of orange rock candy. The finish is medium in length with more wood and a lingering sweet and savory pecan praline note.

Since Uncle Nearest has only just begun to barrel-age its own whiskey, this release is a blend of sourced stocks from two different Tennessee whiskey producers (at least one of which is probably George Dickel). The story behind the label sets the bar pretty high for the juice inside this bottle, but I have to admit this is a pretty good start.

Jack Daniel’s Responds to Claim that Its Original Formula Has Been Discovered
Posted in American Whiskey, Bourbon, Buy It Now, Rated B+, Reviews, Tennessee Whiskey, Whiskey