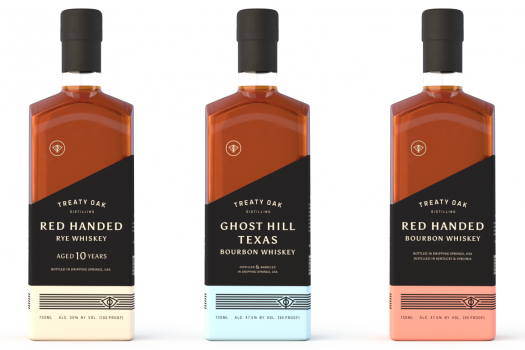 The self-taught collaborative of Treaty Oak Distilling can be found in Dripping Springs, Texas, where founder Daniel Barnes has been producing gin and whiskey since 2006. The portfolio today includes both sourced and locally distilled spirits, with some of the rye and bourbon coming from some rather unusual suspects.

The company produces six (recently repackaged) spirits, five of which (all but one gin) we’re looking at below. Let’s dig in, y’all!

Treaty Oak Distilling Waterloo No. 9 Gin – Infused with lavender, juniper, coriander, anise, ginger, pecan, orange, lemon, and grapefruit zest. This New Western style gin is engaging on the nose, both earthy and floral, with the lavender making a significant impression — though not so much as to make you think of the boudoir. The palate is engaging and unique, with an immediate licorice note driven by the anise, with lavender hints making a strong second-place showing across the bright, cleansing body. Juniper is nearly absent here, but that’s not necessarily a bad thing if you’re looking for something a bit different; absinthe fans (and most everyone else) will love this stuff.  94 proof. A- / $20

Treaty Oak Distilling Waterloo Antique Gin – A spin on genever, this gin (it’s unclear if it’s No. 9 or a different formulation) is aged for 18 to 24 months in new #3 char white oak barrels. Lots of wood influence here — that’s expected — but the overall impact on the gin is unexpected. The nose is perfumed, the licorice notes of No. 9 mingling with a sweeter, butterscotch note that gives it a slight whisky character. There’s more evergreen/juniper character here, though when combined with the sweeter palate it remains a little confusing from start to finish. Try as I might, the disparate elements — sweetened, dried fruit meets pungent rhubarb meets bitter bark notes — never quite come together, leaving me with a jumble of flavors to try to parse out, mostly unsuccessfully. 94 proof. C+ / $28

Treaty Oak Distilling Ghost Hill Texas Bourbon – This is Treaty Oak’s own new-make (57% corn, 32% wheat, 11% barley), aged two years in new #3 charred oak barrels. Interesting on the nose, with lots of baking spice and raisin notes to counter the heavier wood character. The palate surprises with a fairly full-formed, rounded body, sweet and toasty with cloves, nutmeg, and ample vanilla, with a butterscotch note heavy on the finish. A fairly straightforward wheater, it’s nonetheless well-crafted and approachable, and it’s one of the better craft bourbons you’ll find anywhere today. 95 proof. A- / $39 [BUY IT NOW FROM CASKERS]

Treaty Oak Distilling Red Handed Bourbon – A blend of two bourbons, sourced from Davis Valley Distillery in Virginia (4 years old, 66% corn, 14% rye, 20% barley) and O.Z. Tyler Distillery in Kentucky (2 years old, 70% corn, 21% rye, 9% barley — a TerrePure product). Aggressive spice on the nose, with licorice, cloves, and pepper dominating. Quite sweet on the palate, its bold fruit and baking spice character suggests cherry pie, its lengthy finish taking a side street into notes of nougat, spiced cider, and orange peel. The lumberyard edge of a young whiskey hasn’t completely been worn smooth here yet, but it’s well on its way — and drinking quite nicely today. 95 proof. A- / $30 [BUY IT NOW FROM CASKERS] 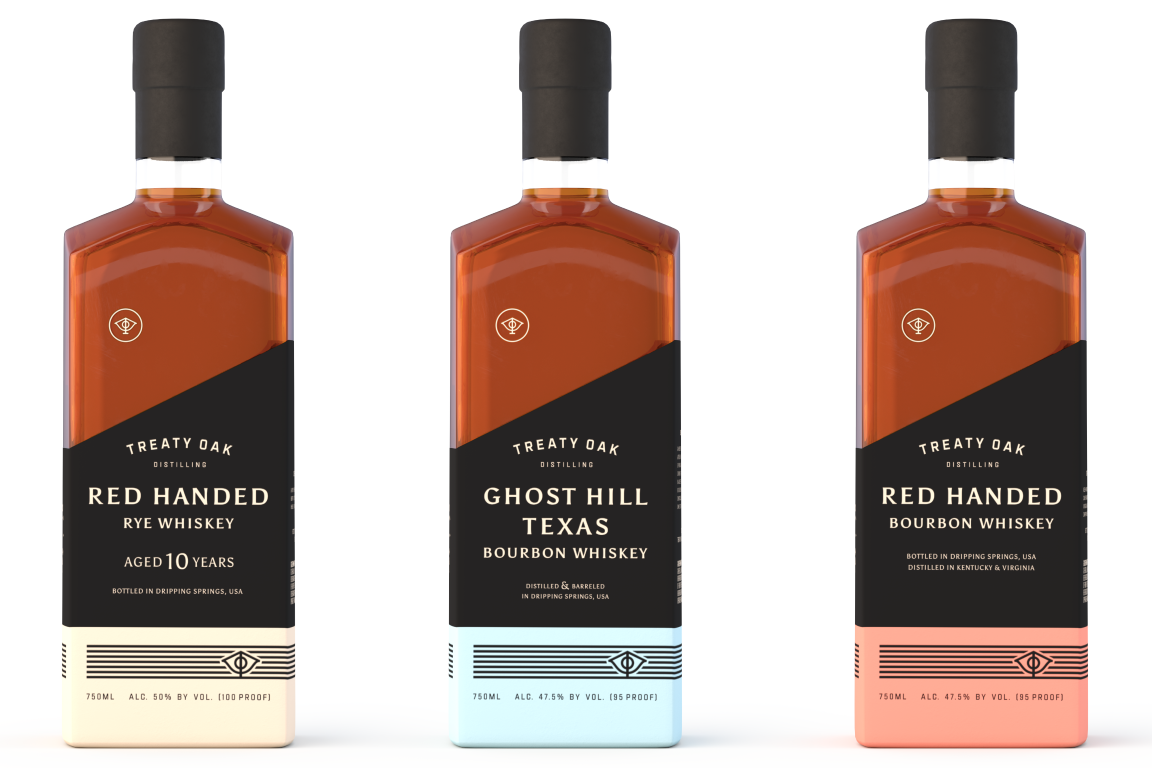 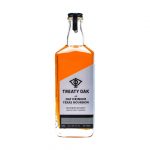