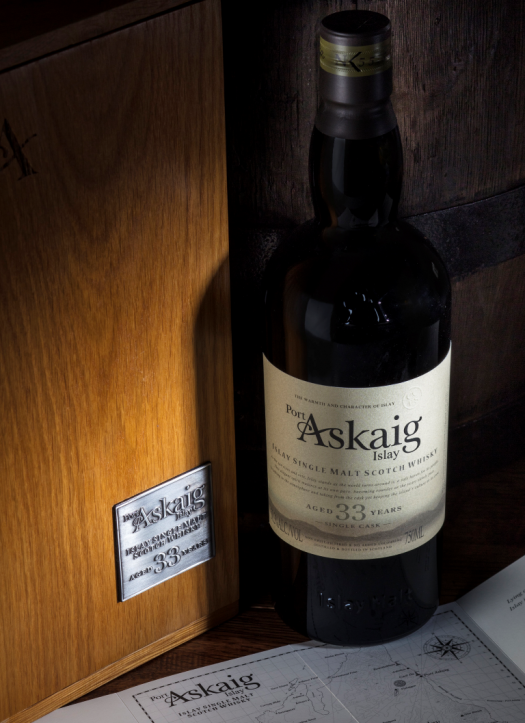 Looking for more rare Islay whisky? Check out Port Askaig’s 33 year old bottling. For those who’ve missed our previous coverage, Port Askaig isn’t an actual distillery but rather a brand that oversees various single malts sourced from all over the island (and nowhere else). Port Askaig doesn’t exactly reveal the origin of its spirits, but it does hint strongly at them.

This 33 year old is actually an ancient Caol Ila (“Islay’s largest distillery, situated just north of the village of Port Askaig”), and just a single cask was turned out, yielding a mere 115 bottles in total that are exclusive to ImpEx Beverages, which is importing it to the U.S.

We received an understandably small sample and offer some thoughts below.

While old Islay often finds its smokiness greatly tempered, that’s not the case here. At 33 years old, the smoke profile remains huge, a deeply peaty note on the nose offering undercurrents of dried seaweed and burnt bread. There’s a substantial wood influence on the nose, too. The palate is quite exotic, full of campfire smoke but informed by lemon peel, white pepper, and rosemary. It’s that herbal character that really drives the quite hot finish, which fades out on notes of smoldering, dried sage.

On the whole, this is a massive Islay, somewhat unusual but largely a classic example of the island’s style, one that ejects nuance and modesty completely in favor of a peat-driven showcase. Fans of said style will want to seek it out. 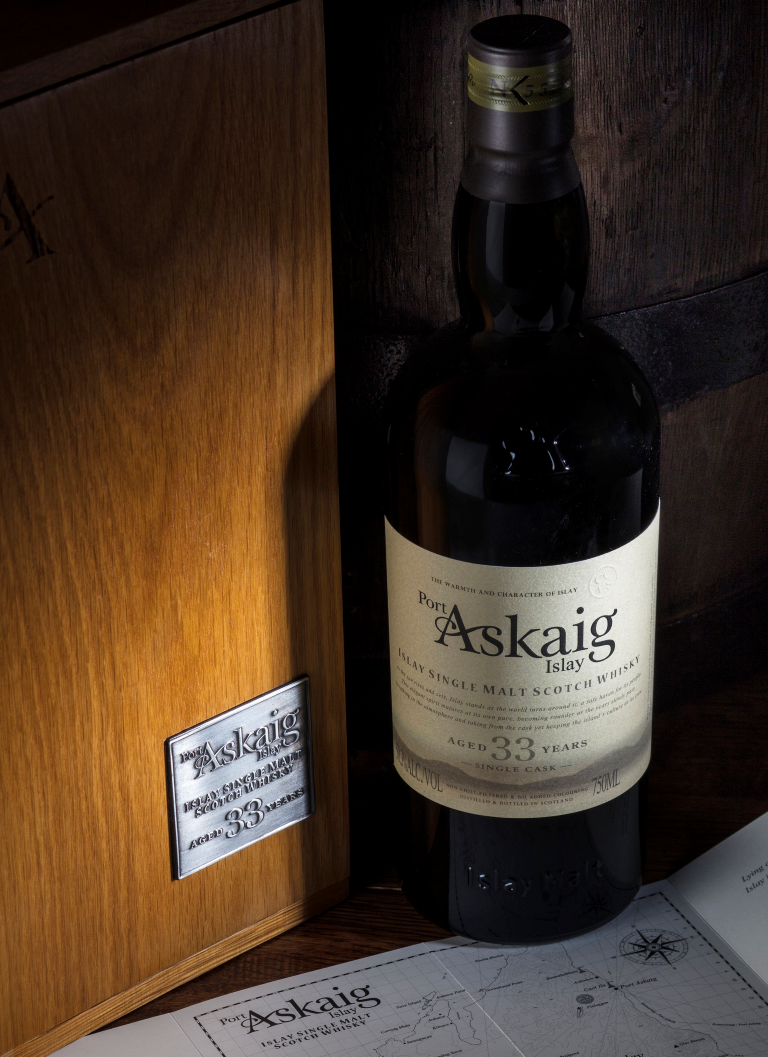