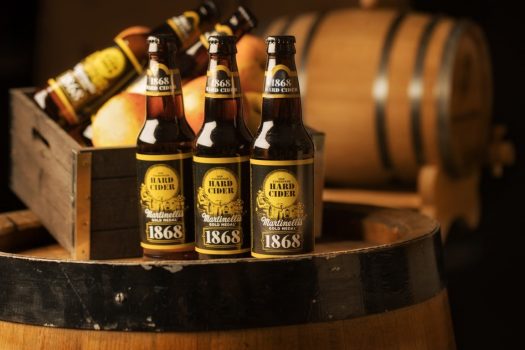 Since its inception in 1868, most of us have known Martinelli’s as the guys behind those little hand grenades of apple juice that our kids gobbled down whenever they were in reach. If you were fancy, a bottle of sparkling Martinelli’s was just the thing when you weren’t supposed to be drinking.

Turns out Martinelli’s used to make hard cider back in the 1800s (in fact it was all it made at the time), but it stopped production in 1920 due to Prohibition. Martinelli’s hard cider operation kicked in again after the alcohol ban ended, but by the 1970s, Martinelli’s juice was so popular that they pulled the plug on it a second time.

Martinelli’s doesn’t say what the new 1868 Hard Cider is made from, but its juice is made from a blend of California-grown Newtown Pippin, Gala, Fuji, Granny Smith, Jonagold, Mutsu, and Honeycrisp apples, so one might suspect it’s from the same stock.

The results are surprisingly delightful.

The apple character is crisp and immediate, with a lingering sweetness that evokes the caramel flavors of apple pie. There’s a certain toasty character here which goes well with the apple pie motif, and just a slight squeeze of lemon in the mix to brighten things up. The finish is short and soft, lightly sweet with perfectly lingering, barely tart apple notes. In reviewing the beverage, I found I had polished off a bottle before I knew what hit me.

Look for it in limited release on the west coast. 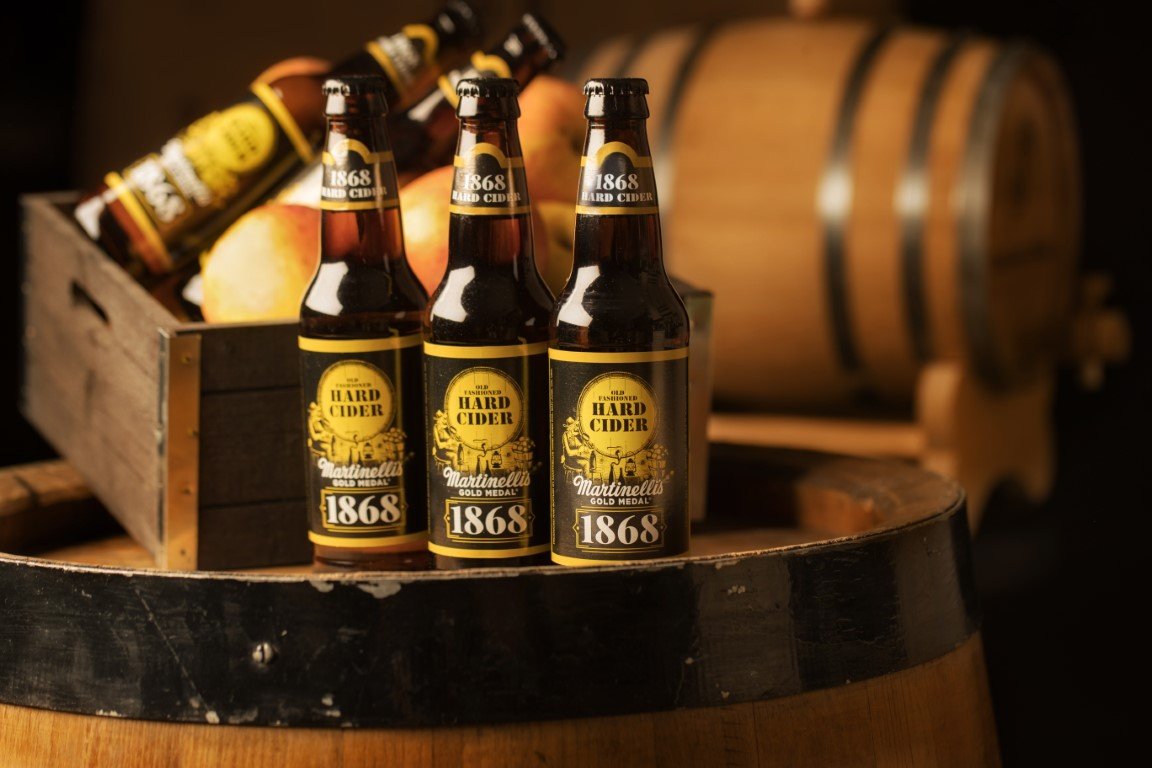