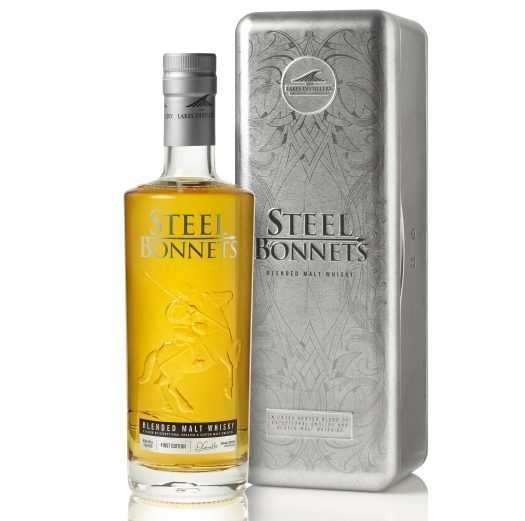 Lakes Distillery is England’s largest whisky distillery, located a few miles south of the Scottish border. Steel Bonnets is the world’s first blend of single malt Scottish whisky and single malt English whisky, naturally using the Lakes Distillery’s own single malt. The region has always been a fairly lawless part of the UK, with marauding raiders who would ignore the border and attack anybody. Known as Border Reivers, they wore distinctive hats known as steel bonnets.

A reiver on his horse is embossed into the handsome bottle, inside which is a very pale whisky, somewhere between straw and amber. There’s nothing light about the nose, however, which at first has a honeyed sweetness, quickly followed by a hefty dose of peaty smoke. The distillery is coy about which Scottish single malts are used, but you couldn’t rule out something from Islay being in the mix.

The palate also offers honey and vanilla on the sweet side, along with hints of butterscotch and caramel, backed up by a creamy mouthfeel, but balanced with more of that peatiness. There’s a delicious nuttiness to it as well, some gingery spiciness, and fruity elements, including apricots and peaches. It may be a world’s first, but let’s hope it’s not the last. 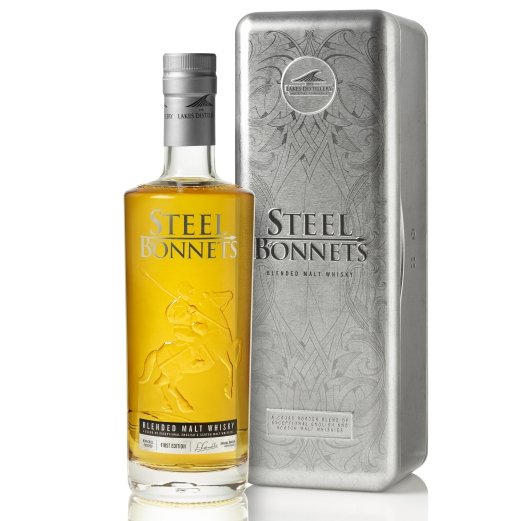