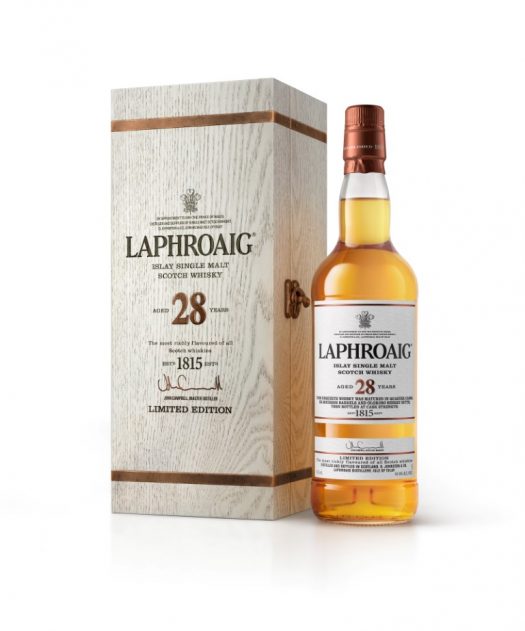 I’ve always said there’s nothing quite like old Laphroaig, with Laphroaig 25 Years Old long standing as a major highlight of its lineup. So, what’s this? Laphroaig at 28 years old, could this be even better?

This expression is matured in casks of various sizes, from quarter casks to butts, but is married to finish in sherry casks for its final 12 months of those 28 years.

Let’s give this new kid on the block — which is wedged in between Laphroaig 27 and Laphroaig 30 — a try.

The first surprise is that there’s still plenty of peat here — iodine, sea spray, and medicinal notes on the nose — considerably more than I’d expect out of an Islay whisky of this age. That said, the nose is tempered by a modest slug of fruit and florals, both orange peel and honeysuckle, with a gentle honey character underpinning it.

The palate sees a more tempered, moderate smoke lingering, and here the more iconic notes of single malt come to the fore: Toasty grains, pastoral heather, and sugar cookie dough in particular. The essence of golden syrup, ruddy spices, and buttered toast all come together with considerable power as the body develops, but it’s all without much cohesion. Laphroaig 28 ultimately feels a bit scattered and unfocused, like it’s still trying to figure out how the peat should work with the underlying malt. It’s not a challenge that this whisky tends to have even at 25 years of age — which makes this expression more than a little perplexing (see also Laphroaig 27 in this regard). That said, there are enough charms present in the dram — and enough nuance outside of its peat influence — that I certainly wouldn’t turn my nose up at it. 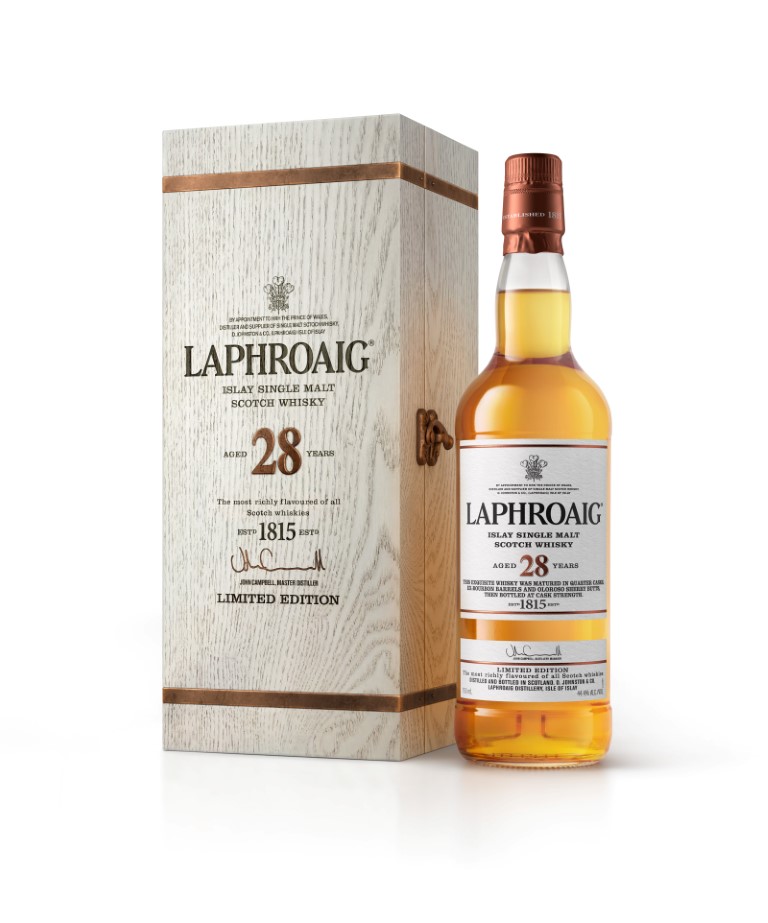