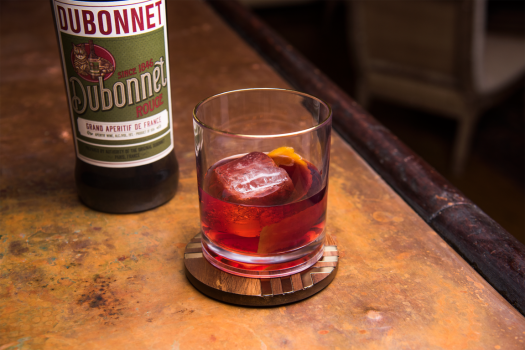 Dubonnet is a French aperitif — an aromatized wine similar to vermouth — that’s been around for 170 years. If you look at the back bar of most dives, you’ll see a dusty bottle of Dubonnet that’s been sitting around for nearly that long.

Even though Queen Elizabeth II claims Dubonnet as her tipple of choice, it hasn’t exactly had the best reputation on our shores, in part because the recipe the Queen gets is different from the one we sip on over here. Pernod Ricard owns the brand in Europe, but in the U.S. it’s been owned by Heaven Hill since 1993. The formulations have been different, with claims holding that the U.S. rendition was too sweet. (We remarked as much in our last go-round with Dubonnet, in 2008.)

Now things are changing. No, we’re not getting Liz’s Dubonnet here, but we are getting a new formula (and a vintage-looking bottle). Says Heaven Hill, “Dubonnet is grounded in traditional flavor basics as the new formula incorporates a key ingredient used since 1846, cinchona bark, which was originally discovered as a cure to common illnesses in the 1600’s. Combined with a base of wine incorporating Muscat of Alexandria, herbs and spices including black currant and tea varietals, and 100 percent cane sugar, the taste will delight history buffs and cocktail proficianados alike.” If you encounter the new bottle (pictured above) you’ll know you’re getting the new version of the product.

Still quite Port-like on the nose, you do catch hints of herbs and spice in the aromatic profile. The palate is still on the syrupy side, only very mildly bitter thanks to that cinchona bark, with some vegetal notes — think celery or artichoke — creeping into the mix. This kind of flavor can be a good complement to an exotic amaro (think Cynar), but here it feels off, as if Dubonnet doesn’t know whether it wants to be a sweet wine or a bitter digestif. Naturally, the sweetness wins out, with a somewhat pruny finish reminiscent of inexpensive ruby port.

All told: While I don’t have any vintage Dubonnet to compare with, based on memory alone I don’t think Dubonnet has changed all that much, to be honest. That said, the label at least is far less embarrassing than before.

And some new recipes for the new Dubonnet. Dare you to order “The Dandy” at your favorite watering hole!

Combine all ingredients in a mixing glass with ice and stir until well-chilled. Serve up in a Nick & Nora glass. Garnish with an orange swath.

Pour over ice in a wine glass or in a Collins glass. Gently stir. Garnish with grapefruit slices.

Serve up in a Nick & Nora glass. Garnish with an orange swath. 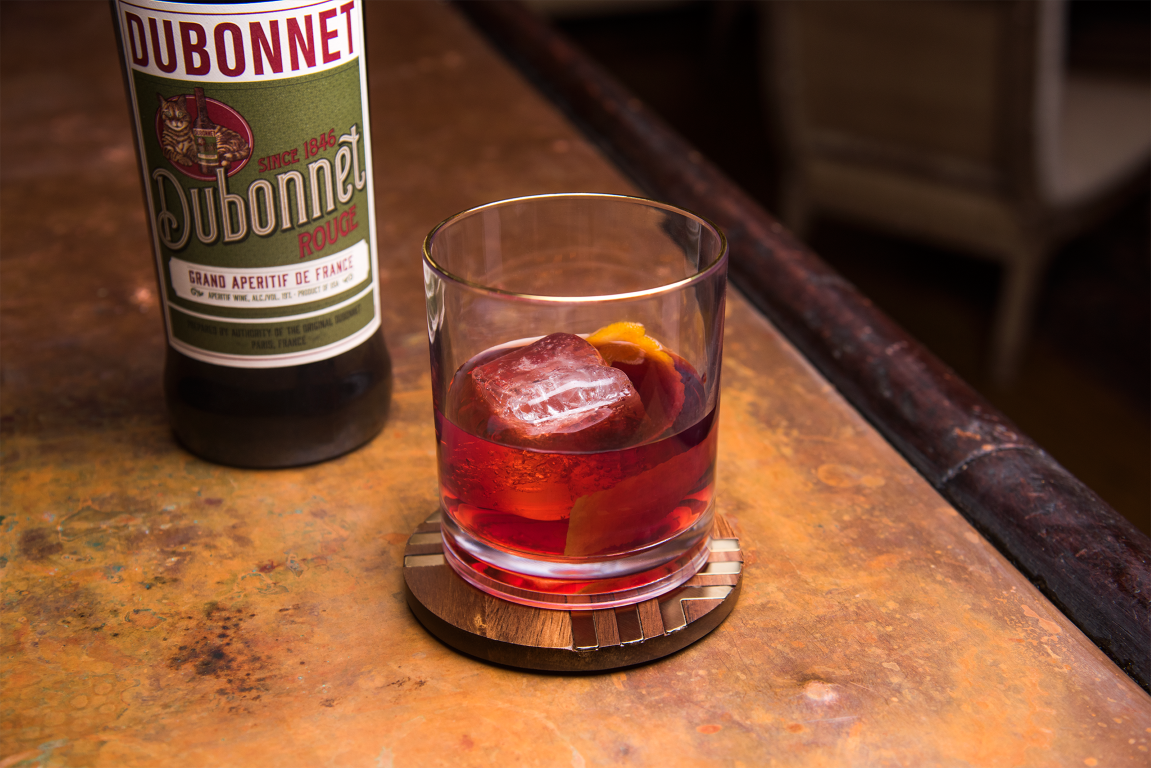