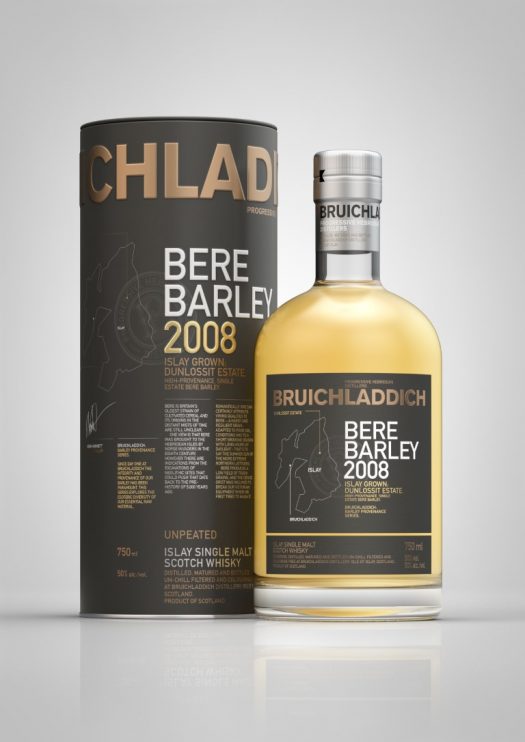 These three releases from Bruichladdich arrived earlier in the year, but our tasters got shuffled behind some larger bottles. With deep regrets, here’s a belated look at some of Bruichladdich’s most notable 2018 releases.

Bruichladdich Bere Barley 2008 Islay Grown Dunlossit Estate 9 Years Old – Bruichladdich has lately been focusing hard on its home island of Islay, and this ambitious bottling isn’t just a single-island barley release, with all the barley grown here, but a whisky whose grain is sourced from a single Islay farm, Dunlossit, all from the 2008 harvest. Unpeated bere barley (a particular strain of six-row barley), aged entirely in ex-bourbon casks for 9 years. Clean granary notes on the nose, with hints of lemon peel, black pepper, and old leather. The palate mellows out the cereal approach, folding in more spicy pepper and some green herbal character. The finish sees a bit more of that leather note, with lingering notes of toasted wood, bacon, and — again — fresh cereal. Bere Barley, as the name implies, is meant to showcase the impact of the underlying grain, and here we see that philosophy in action, as unadulterated as possible. 100 proof. B+ / $95  [BUY IT NOW FROM CASKERS]

Bruichladdich The Organic 2009 Mid Coul Farms 8 Years Old – Another single-estate release, though Mid Coul Farms is located in the Scottish Highlands, not on Islay. This isn’t bere barley, but rather organic barley of an unspecified strain. It’s a considerably sweeter whisky than the Bere Barley 2008, with an upfront nose of nougat and spice, filtered through lots of fresh cereal. The palate is nutty and a bit meaty, with a slight citrus edge to it. Its honey-fueled sweetness fades as the whisky lingers, a more grain-forward, somewhat mushroomy character — and quite a bit of raw alcohol — more dominant on the finish. Solid quality for what’s in the glass, but mostly fun to compare side by side with the Bere Barley 2008. 100 proof. B+ / $90

Bruichladdich Octomore 8.4 – The final Octomore in the 8.x series, this 8 year old expression was distilled in 2009 from the 2008 barley harvest. The spin here is virgin oak: 20% is aged in virgin oak, with 80% aged in ex-bourbon casks and finished in second-fill European virgin oak that previously held Octomore 7.4. (Octomore 7.4 had a similarly complex mix of virgin and used wood.) Aggressive smoke on the nose leads to a somewhat Christmassy character — pine needles and gingerbread, giving it an exotic character. The palate is racy as expected, boldly smoky with notes of black pepper and toasted cherry wood. Tannic but expressive, it’s sweet and spicy, boldly woody with its peat remaining in balance. The finish sees some cherry fruit, dark chocolate, and an ample slug of alcohol. All told, this is really the essence of Octomore as this story has come to be known, not really breaking the mold while taking things ever so slightly in a different direction. 117.4 proof. B+ / $220 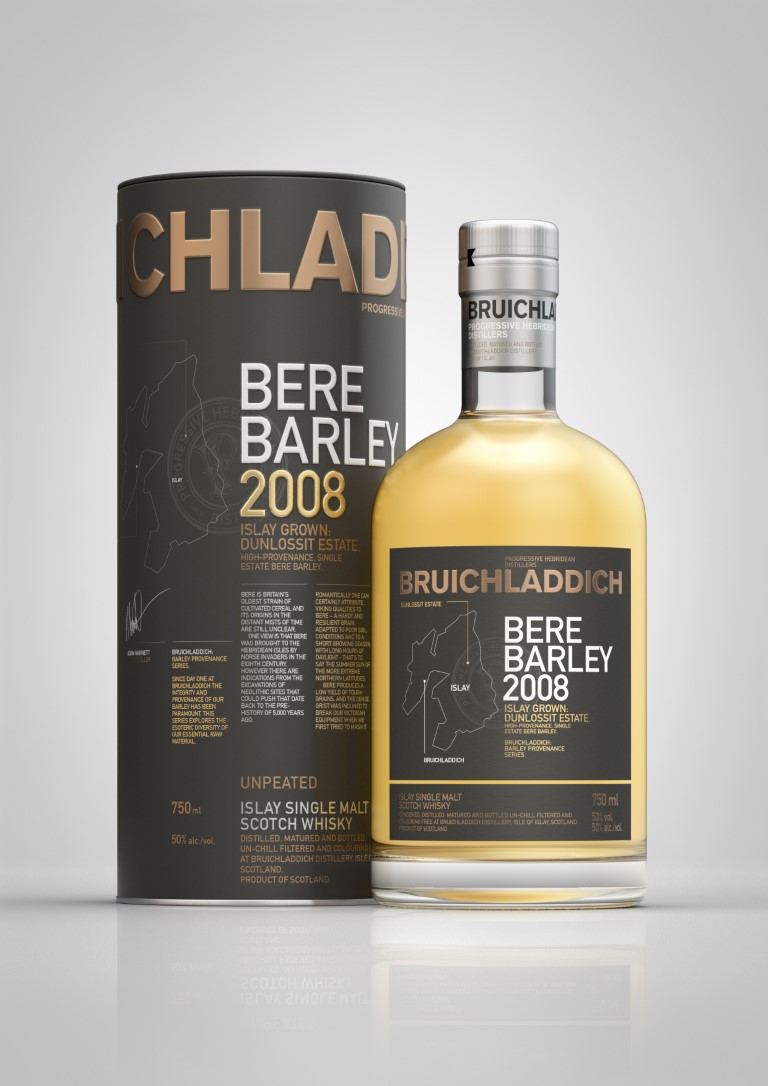