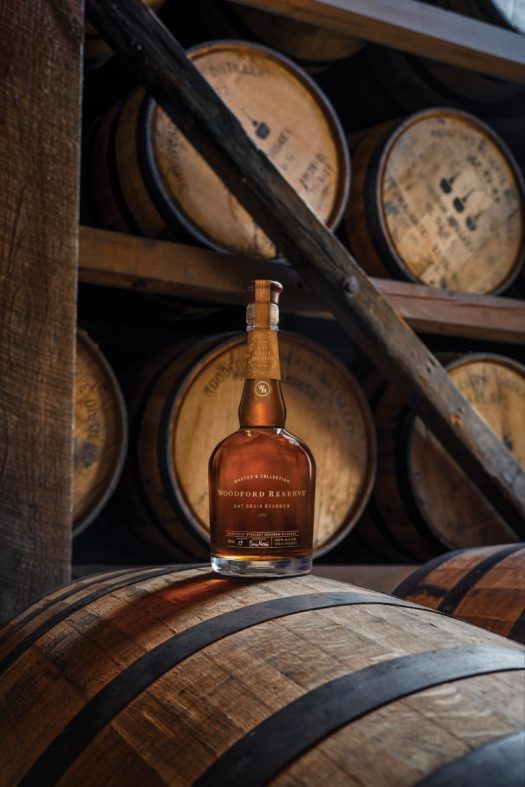 For the last 13 years, Woodford Reserve and its master distiller Chris Morris have been putting out their annual, coveted Master’s Collection whiskeys. Usually bourbon, sometimes not, and always highly anticipated, Morris’s pledge to the world has always been that he would never repeat a release (though he’s come close a time or two) as he explored one element or another that impacted the way a whiskey came together.

This year, Woodford throws a new curveball by offering two special edition whiskeys instead of just one for your consideration. It’s not exactly the first time Woodford’s had two Master’s Collection releases — the infamously bad malt whiskey releases as well as Woodford’s solid rye experiments both came in two versions — but this is the first time that two totally different whiskeys have been released in the same year under the Master’s Collection label. To be clear: The two are both experimental bourbons, but otherwise they really have nothing to do with one another.

We tasted them both, both of which are bottled at Woodford’s standard 90.4 proof. Thoughts follow.

Woodford Reserve Master’s Collection American Select Oak Kentucky Bourbon – This is standard Woodford bourbon — same recipe and process — that is matured in Ozark oak, “known for its fast-growing characteristics.” What the heck is Ozark oak? I called Chris Morris to get him to explain. “Woodford is made from a commingling of northern oak, Appalachian oak, and Ozark oak — three terroirs with very different growing profiles. When we mix these barrel types we get a standardized flavor profile that we recognize as Woodford Reserve.” By focusing exclusively on one region of tree, we can really see what difference where the tree is grown makes. Turns out, it’s a huge influence… but frankly it’s not an improvement. What we have here is bourbon that comes across as very dry, and very youthful — distinctly different from standard Woodford Reserve, and not nearly as well-rounded. While well-aged Woodford is classically heavy with wood and spice, American Select Oak is underdone by its gummy notes of cereal and wet popcorn, nutty but quite tannic. The wood influence is brash and frankly not that interesting, coming across as poorly integrated with the grains that precede it. There’s not much here by way of secondary characteristics aside from a leathery character, a handful of cloves, walnut husks, and a hint of dark chocolate, none of which is enough to elevate this into three figures and a fancy bottle. Standard Woodford is a much better buy. C [BUY IT NOW FROM DRIZLY]

Woodford Reserve Master’s Collection Oat Grain Kentucky Bourbon – A totally different expression, and a totally different experience. This one “includes oat in the grain recipe, while minimizing the rye content. By adding oat into the pot-still, the liquid takes on the traditional flavors of grain found in Irish whiskeys.” The nose is much spicier than standard Woodford, with notes of red pepper and baking spice in the mix. It can be quite hot at times — racier than its abv would indicate — but it remains easily approachable for the most part. The palate takes a different spin with a chewy graininess immediately evident; I’d call it “oatmeal like” but that’s probably just my knowledge of the mashbill telegraphing that tasting note. There’s lots of brown sugar, cinnamon, and toasty wood notes here, the body becoming a bit smoky and leathery later in the game. Notes of animal feed are evident as well, though this is not at all off-putting, giving the whiskey more of a frontier character. On the finish however, spice trumps the granary notes, offering a soothing path through some of the lingering funk. All told it’s a somewhat unusual experience (though not especially Irish-like), but its twists and turns make it a significantly worthwhile one. B+ [BUY IT NOW FROM DRIZLY] 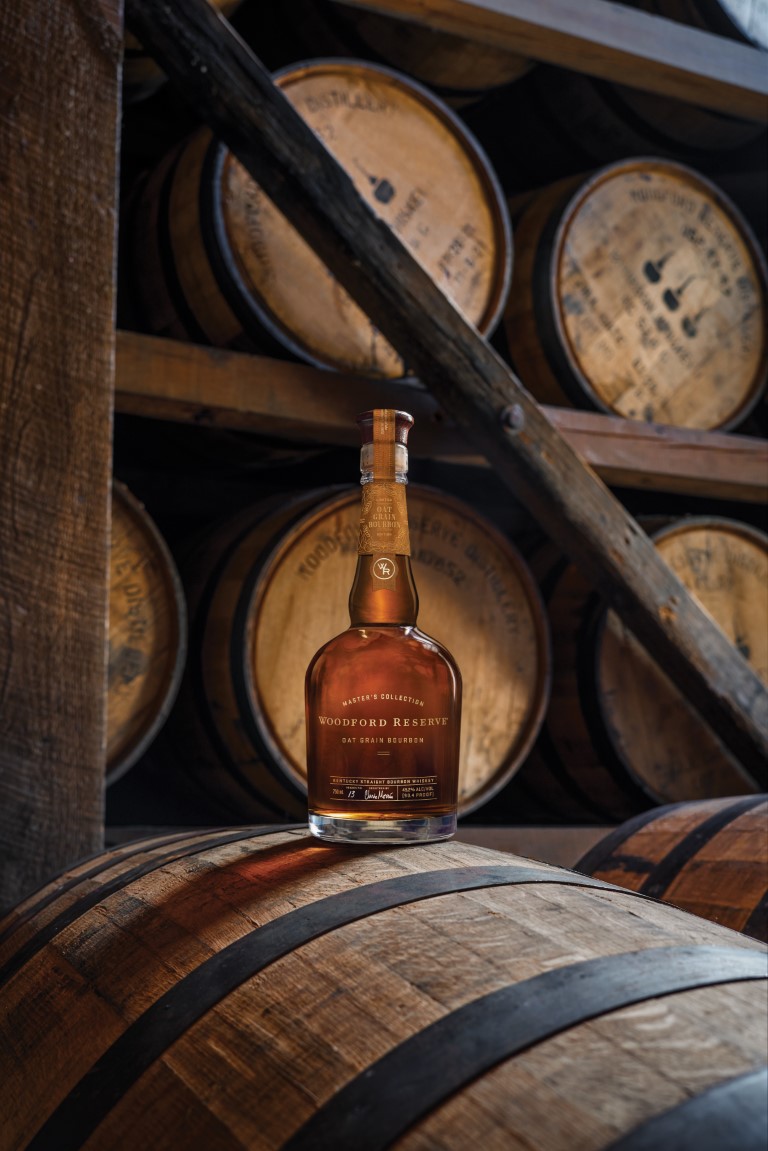