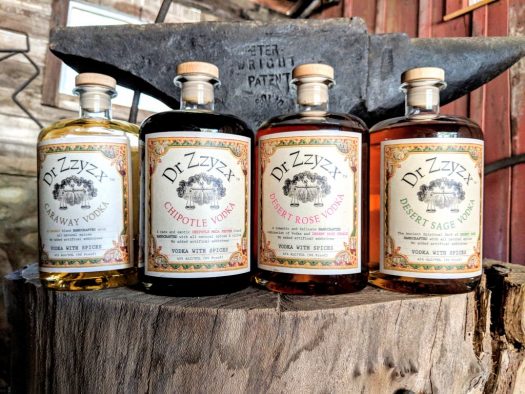 It’s probably safe to say that Dr. Zzyzx is not a real person. Dr. Zzyzx (“zy-zix, to rhyme with Isaacs”) is rather a creation of Sespe Creek Distillery in Oxnard, California (and inspired by a quirky California town of the same name), where they’re specializing in making vodka flavored with some oddball ingredients. Incidentally, Sespe Creek is the brainchild of David Brandt, who was one of the founders of Lost Spirits. He started up his own operation after parting ways with Bryan Davis.

I’ll let you read up on the folklore behind Zzyzx on your own. What we’re concerned with today is Brandt’s innovative vodka line, which spans four flavored versions, each a little stranger than the last. These vodkas are distilled from 100% corn and contain no additives (other than the authentic infusions).

All are bottled, with infused color intact, at a whopping 90 proof. Let’s taste.

Dr. Zzyzx Desert Rose Vodka – Flavored with desert rose petals. Way less floral than you would expect, the nose is heavy with the sharpness of the underlying vodka, with a sort of sandalwood note peeking through. Otherwise, it’s surprisingly neutral. The palate is again quite clean, heavier with medicinal notes than floral notes, though there’s a slight undercurrent of perfume — woodsy cologne, perhaps — that lingers on the back end. Very, very understated. B

Dr. Zzyzx Desert Sage Vodka – The presence of sage is more distinct and obvious, starting with the herb-heavy nose, which could easily be mistaken for gin. The palate is even more clearly sage-heavy than the herbal but less distinct nose, taking an initial rush of evergreen and running it through layers of forest floor to reach a conclusion that is redolent of brown butter and toasted sage. A simpler, earthier alternative to gin which can otherwise be used interchangeably. B+

Dr. Zzyzx Caraway Vodka – The unmistakable crack of rye bread pours out of the bottle when you pop the cork, and it only gets stronger as it mellows in the glass. Just smelling it makes me want to dive into a smorgasbord — is it my imagination, or do I catch a whiff of dill? The palate offers few surprises, just a crisp, crackery rye that evokes winter’s chill and roaring fires — a clean and lightly peppery experience that is better than almost any aquavit I’ve encountered. A-

Dr. Zzyzx Chipotle Vodka – Flavored with meca peppers, a smoked red jalapeno. The darkest in color of the collection, it’s appropriately powerful on the nose, offering notes of chili pepper alongside some earth tones as well — almost amaro-like at times. The palate is immediately and quite fiery, the diametric opposite of the quiet Desert Rose. This one wears its infusion on its sleeves, torso, and everywhere else, to the exclusion of just about any other flavor in the spirit. What ultimately emerges is closer to ancho chili, earthy, smoky, and loaded with heat, but without the silky nuance of a product like Ancho Reyes. Use sparingly. B 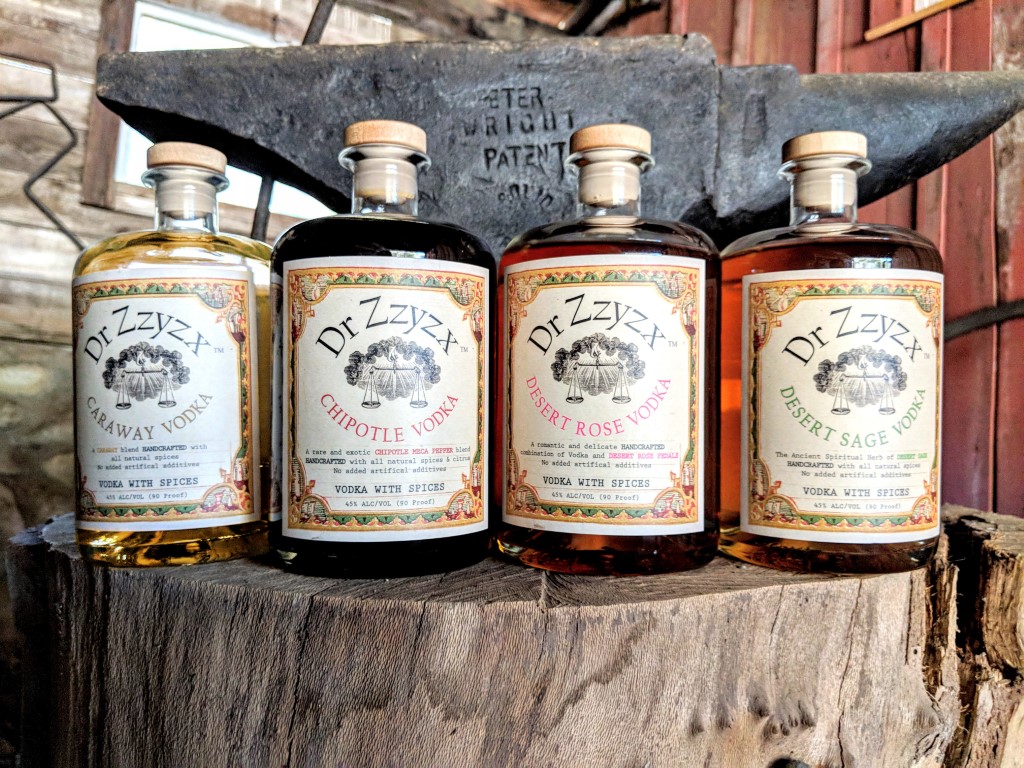 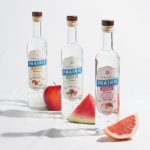